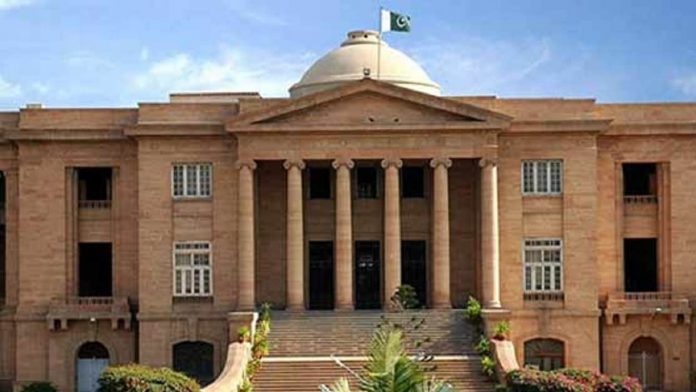 Lahore: The Sindh High Court (SHC) has declared that minors who have ‘converted’ to Islam can still live with their non-Muslim parents. The SHC’s division bench headed by Justice Abdul Maalik Gaddi announced this landmark verdict in the Mehek Kumari case.

Kumari was allegedly abducted and forcibly converted to Islam to marry a Muslim man Ali Raza Solangi in Jacobabad in January 2020. After the ‘conversion’ Kumari’s name was changed to Aleezay.

On the marriage certificate (Nikkahnama), the age of the girl was mentioned as 18 years but according to the official documents (B-form and school registration), Kumari was merely 16 years old at the time of marriage.

According to Sindh Child Marriage Restraint Act, the legal minimum age of marriage for boys and girls is 18 years, while in Punjab of the country the minimum age for girls is 16 years and for boys 18 years.

Kumari’s Tale of Conversion and Abduction

In February 2020, in response to a petition filed by Kumari parents a local court in Jacobabad ordered to send Kumari to a shelter home for two years. The court also ordered the registration of cases against Solangi, her ‘husband’ or alleged abductor and others who facilitated the marriage.

But Solangi moved to the SHC and pleaded that Kumari must be allowed to live with him. The court summoned Kumari to record her statement. In court Kumari stated that she had contracted marriage with Solangi after embracing Islam, and Nikah was performed at Dargah Imrot Sharif.She said that she did not want to live at the shelter home anymore and wanted to go home with her mother because Solangi had ruined her life by abducting her and forcibly marrying her.

After Kumari’s statement, Solangi’s counsel claimed that the girl could not be handed over to her mother because the minor girl has embraced Islam. The court rejected this argument and said there is no prohibition under the Islamic law or the law of the land for a Muslim woman to live with her parents who are non-Muslim.

“Besides, Article 4, 9, 15 and 20 of the Constitution of Islamic Republic of Pakistan, 1973, which is the supreme law of the land, categorically state that no person shall be deprived from his/her life and liberty save in accordance with the law and so also opt his/her religion, meaning thereby, no one can be forced to live his/her life against his/her whims and wishes”, the judgment read.

The Hindu community has hailed the decision and termed it as a stepping stone towards ending the menace of forced conversions.

Additional Advocate General Sindh Kalpana Devi, who also represented the government in this case said that the verdict will hopefully help to end forced marriages of minor Hindu girls. She also appreciated the courage of Kumari for not bowing before any pressure and categorically refused to live with his alleged abductor.

Patron in chief of Pakistan Hindu Council and PTI MNA Ramesh Kumar Vankwani considered the judgment a ray of hope for the entire Hindu community.

He said that now even those girls allegedly ‘converted’ can choose to live with their parents which will lessen the plights of Hindu families.