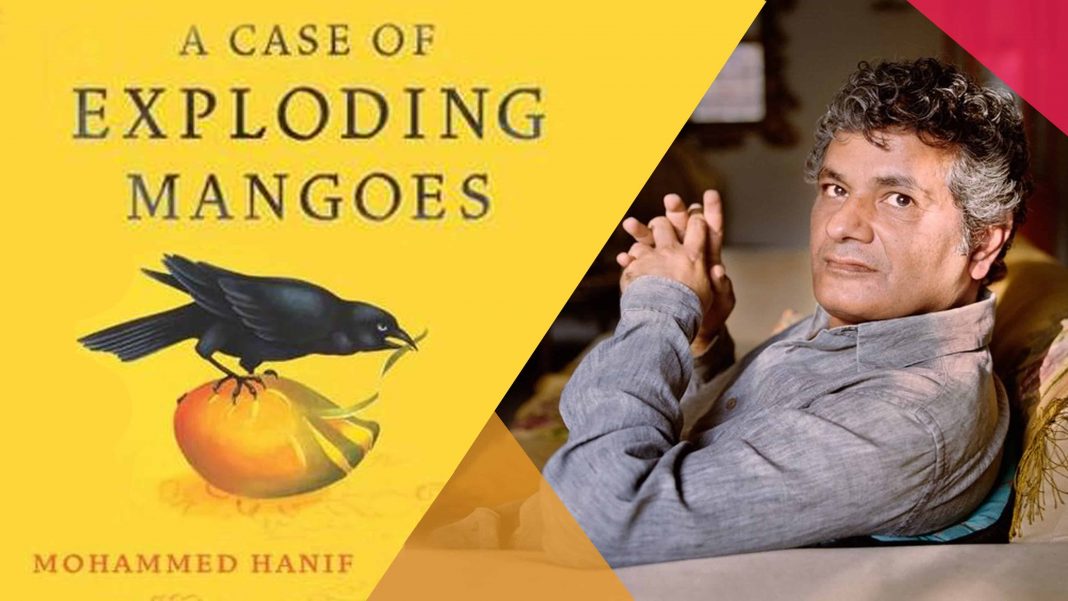 This afternoon some people claiming to be from the ISI barged into my Urdu publisher Maktaba Daniyal offices, confiscated all copies of Urdu translation of A Case of Exploding Mangoes. Threatened the manager, wanted information about our whereabouts. Coming back tomorrow… 1/3

On January 6th, British-Pakistani author, Mohammed Hanif took to Twitter and wrote that a group of individuals, claiming to be Inter-services Intelligence (ISI) agents, forced their way inside the offices of his Urdu publisher, Maktaba Daniyal, without any notice or search warrants. They threatened the manager and inquired about “information about our whereabouts”.

They said that they would be returning the next day to get the list of all the booksellers selling the Urdu translation of Hanif’s bestseller, A Case of Exploding Mangoes. The novel is a military satire which circles around the final days of Pakistan’s dictator, General Zia-ul-Haq’s rule, the numerous conspiracies behind the plane crash that took his life in 1988 and the spasm of publicity which followed.

The novel hit the shelves in Urdu in October, 2019 and the reaction that has followed may be due to its reach to a wider, critical audience that was thus far unaware of its existence. Originally, the book was released in English which is a language that a relatively small percentage of 220 million Pakistanis read, so an Urdu publication has caused a ripple. To get lists of booksellers. Last week we received a defamation notice from General Zia’s son demanding Rs 1 billion for maligning General Zia good name. Our lawyers are preparing a reply. Is ISI acting on Ejazul Haq’s behalf? 2/3

In another tweet, Hanif further said that just last week, he received a defamation notice from General Zia’s son, Ijaz-ul-Haq who demanded Rs. 1 billion for maligning the former ruler’s name.

The former fighter pilot turned writer expressed his surprise at the ordeal, saying that the novel had been in publication for 11 years, so why was it now that these accusations were being made?

A Case of Exploding Mangoes has been in publication for 11 years now. Nobody has ever bothered me. Why now? I am sitting here, wondering when will they come for us. ISI is World’s No 1 spy agency. I am sure they have better things to do. I have my school run tomorrow. 3/3

On January 7th, an individual affiliated with the ISI returned to Maktaba Daniyal and asked for the list of booksellers who were selling Hanif’s novel. In a talk with voicepk.net, Mohammed Hanif claimed that following this, Saeed Book Bank in Islamabad and Fiction House, Lahore, were raided by agency members and all copies of A Case of Exploding Mangoes (Urdu translation) were confiscated. Speaking to voicepk.net, Hanif further said:

“I am absolutely baffled. We are facing an atmosphere of extreme censorship and it continues to get worse. There was harassment of journalists at first and now they are coming after writers. They’ll be coming after poets next. My book has existed for 11 years, so it’s astonishing that a defamation notice was sent just now for the Urdu translation”

A Case of Exploding Mangoes was first released in 2008, under the dictatorship of General Pervez Musharraf and coincided with Hanif’s return to Pakistan after spending 12 years in London. The novel was internationally acclaimed and earned raving reviews by critics, who have on several occasions, compared this style of satire with that of Joseph Heller’s.