PTI senior leader Fawad Chaudhary got arrested this morning from his residence in Lahore for “inciting violence against a constitutional institution.”

An FIR was registered by an ECP official at Kohsar police station, Islamabad, for threatening the electoral body’s members and their families. The FIR included the offences of Sedition (124-A), Creating enmity between groups (153-A), Statements conducing to public mischief (505), and Punishment for criminal intimidation (506). 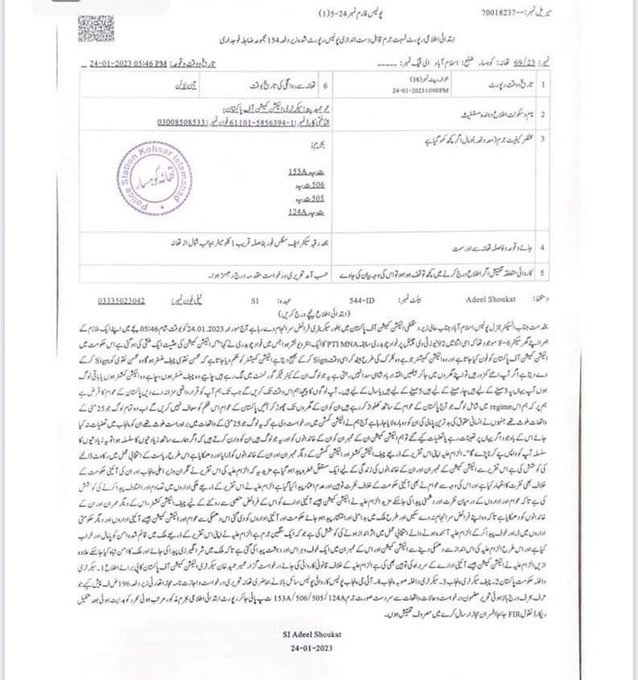 Islamabad Police confirmed the arrest, declaring that Fawad Chaudhry was arrested after a complaint was made by an official of the Election Commission. 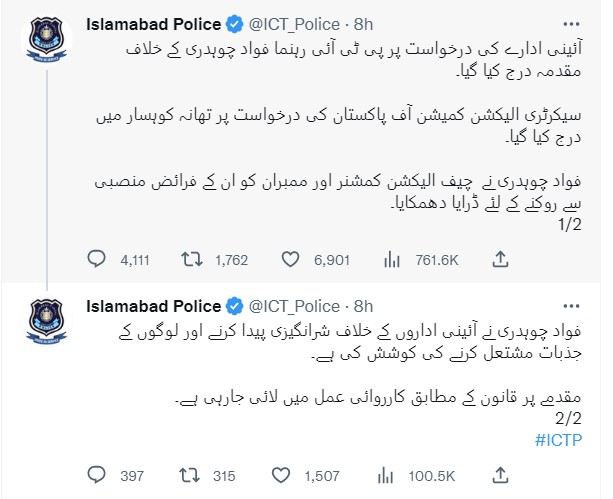 In an exclusive interview with Voicepk, Faisal Ch called his brother Fawad Chaudhry’s arrest illegal and slammed the sedition FIR over ‘mere name-calling’ while also blaming the PDM government over arrests. He confirmed that his younger brother, Faraz Ch was also arrested in Jhelum for holding a protest.

As always, Twitter was ablaze with comments by all from lawmakers to the general public. PTI leaders strongly condemned it and called it “fascism at its worst”. 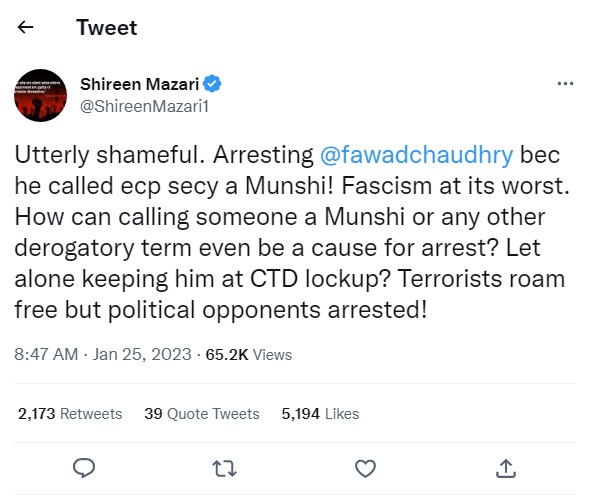 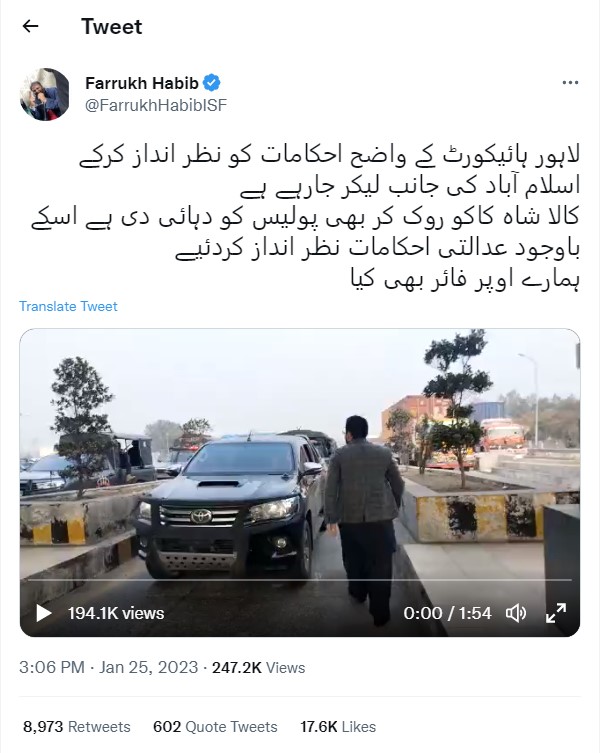 PTI Chairman Imran Khan tweeted that he will be holding a press conference today. He said that Pakistan has become a “Banana Republic,” a country devoid of the rule of law. He emphasized the protection of fundamental rights. 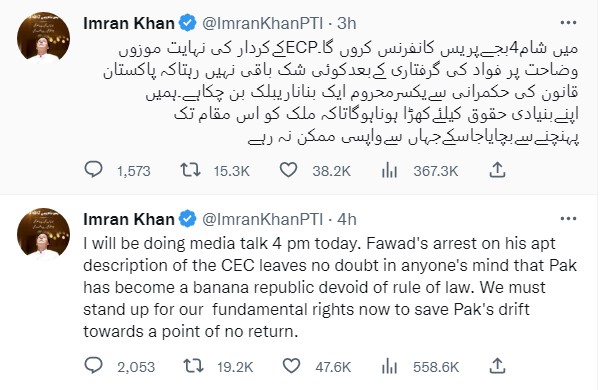 Ex-Senator Mustafa Nawaz Khokar also questioned the act by the ECP and said that such steps would further damage the integrity of the institution. 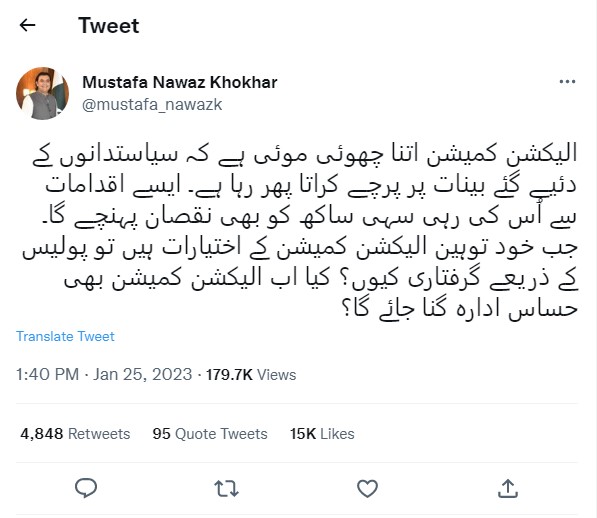 Media personnel also criticized the entire fiasco, claiming that it is better if political affairs are dealt with in a political manner. They said that journalists and politicians should not be handcuffed over statements. 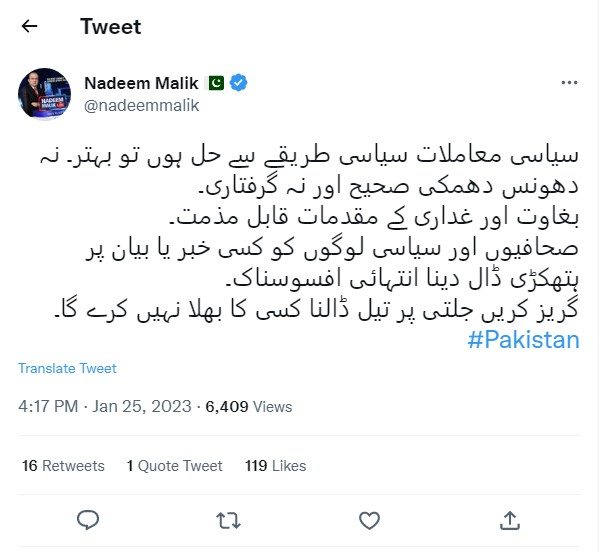 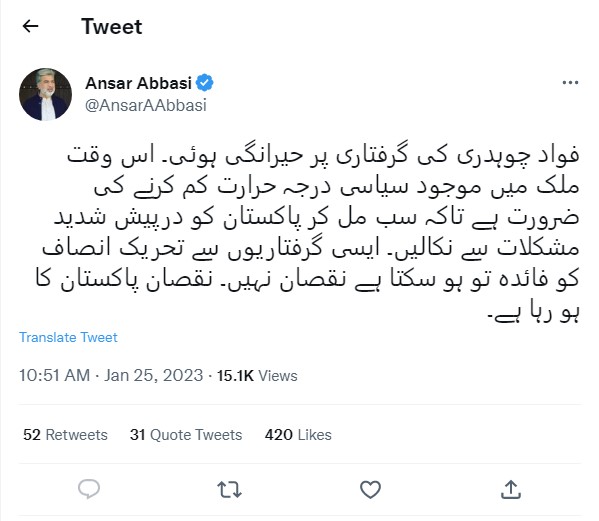 Twitteratis were divided on the issue; some supported the arrest, while the rest were vehemently against it. 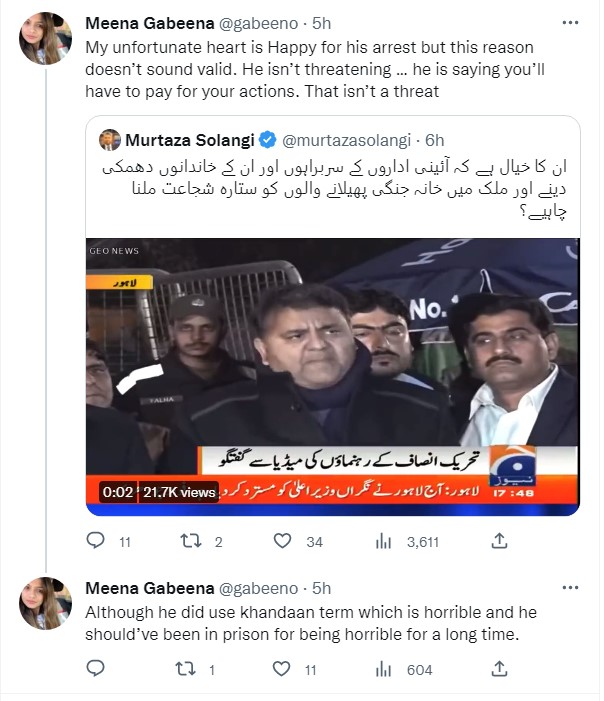 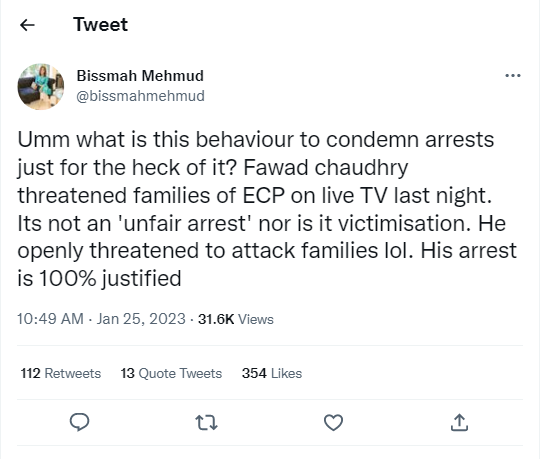 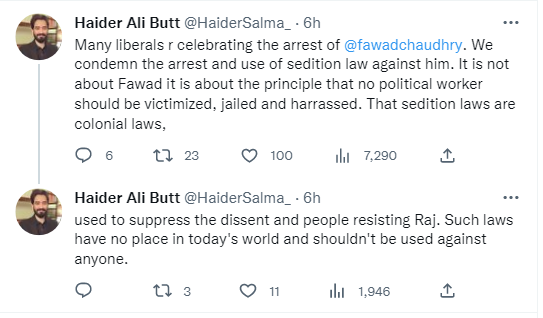