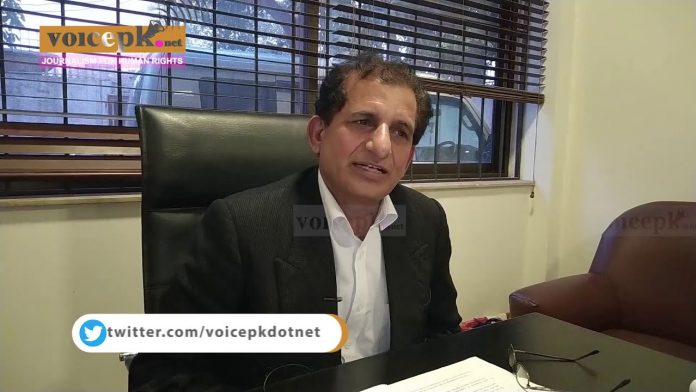 Speaking to Voicepk.net, Senator Abbasi said he had proposed four amendments in the Enforcement of Women’s Property Rights Act through the bill.

The proposed amendment in Section 6 provides that reference under sub-section (1) shall be decided within 60 days and the proceedings of the court shall be conducted under Code of Civil Procedure, 1908. Abbasi said the amendment bill will bound the Ombudsperson on Enforcement of Women’s Property Rights to send property cases of women to a civil court within 60 days of the complaint.

“Presently, the ombudsperson has 60 days to decide whether or not to send the complaint for adjudication to a civil court but this amendment ends this discretion,” Abbasi said.

The amendment bill proposes insertion of Section 7A, and 7B in the Act, Abbasi said, adding that the amendments set a timeframe for civil courts to decide cases of women property rights within 60 days, he said.

Pending cases have also to be decided in the same time duration by the civil courts, the PML-N senator added.

According to the bill, section “7A procedure for suit already pending: notwithstanding anything contained in any other law for the time being in force, where the suit for possession through partition of inherited property of a woman is already pending in any court of law the same shall be decided within 60 days form the publication of this act in the official gazette.”

The Senator said through insertion of Section 7B, a district judge will be bound to notify a civil judge exclusively for cases under the Enforcement of Women’s Property Rights Act. “This would help expedite cases of women waiting for years for their due inheritance,” Abbasi added.

Lastly, the Senator proposed substitution of Section 8 to allow the women complainants to be paid rent of the disputed property till final adjudication by the Ombudsperson or the civil court.

However, Mian Liaqat, a lawyer with Asma Jahangir Legal Aid Cell, said the proposed amendment for time-bound decision by a civil court in cases of property rights of women could be difficult to meet unless a special procedure is incorporated under the Code of Civil Procedure. “Under the code of civil procedure, a civil court has to give 30 days’ time for a litigant to submit reply, leaving just 30 days for production of evidence and arguments,” he said. In his opinion, the civil procedure code needed to be amended to incorporate a special procedure for cases dealt under the Enforcement of Property Rights of Women Act so that the civil court gave decisions within 60 days. He said a concerted effort will be required from the government, courts, judges and litigants to decide cases by women deprived of their property rights. In his experience, such cases presently take about two to three years for adjudication.

According to the senator, the amendment in Civil Procedure Code is not needed as a designated civil court will be hearing cases under the amended bill.

AGHS is conducting an #AntiRapeLaw training workshop today at the KP Judicial Academy.

Participants are discussing gender sensitization in SGBV cases & how to effectively use the new law to overcome roadblocks to justice.