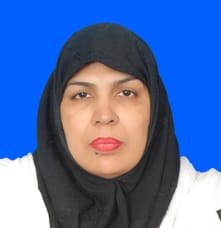 A woman judge, Dr. Sajida Ahmad, posted at Fateh Jhang, Attock has written an open letter to the Chief Justice of Pakistan narrating alleged instances of abuse and extreme harassment being faced by both male and female judges of the lower courts.

The learned judge pleaded with the CJP to take effective disciplinary action against certain “black sheep” in the lawyers’ community who are giving a bad name to the profession. Describing the level of humiliation, she faced at the hands of lawyers the judge asserted that she was so tired with the current state of events that “she contemplated committing suicide in front of the Supreme Court of Pakistan” to protest and highlight the poor and saddening working environment judges of lower courts face.

A brief summary of the letter:

Dr. Sajjida Ahmad who is the only Ph.D., holding female judge of the courts begins by shedding on the sacrifices she made to join Pakistan’s judiciary. Even though owing to her higher qualifications she could have opted for better-paid professions in the private sector or other departments of the government she chose to become a judge because of the “honor” attached to this position. It is this very honor which she believes has been violated by certain lawyers who consider themselves to be above the law.

Dr. Sajida has attached in the annexure of her letter detailed incidents in which judges were met with violence at the hands of senior lawyers solely because they refused to pass favorable verdicts. She alleges that lawyers hurl abuse at female judges openly, violating their dignity as judges, women, and human beings in open courts. In one incident she describes a lawyer using obscene language in front of a female judge and intimidating her for a period of 15 minutes inside the courtroom so extract a favorable verdict out of her. In another incident, she describes a senior member of the Bar Association physically manhandling a male judge in his chambers while trying to force a judgment out of him.

The learned judge pleads with the chief justice to take notice of such incidents and “provide justice to the justice providers” as her demands are not centered around material gains like increased pay or amenities; she demands dignity. She goes on to explain that faced with such unruly behavior on a day to basis it becomes impossible for judges of the lower courts to effectively uphold the “rule of law”.

She complains that judges of the higher courts tend to ignore the issues faced by the district judiciary – A  fact which is particularly painful considering that her own community has chosen to abandon them. She pleads with the supreme justice to revive the district judge’s forum so that judges of the lower courts have a collective forum where they can take unified actions against problems they are faced with.

Dr. Sajida emphasizes her participation and sacrifices in the lawyers’ movement of 2007 but says that she is disappointed by the actions of lawyers’ who for their personal benefit act in ways that are detrimental to the honor of the courts. Particularly referring to the lawyers’ attack on the PIC.

The judge concludes with saddening remarks stating that she has nothing but regrets after more than two decades of honest service and that she would have been better off “if she had not gotten an education and had been married off at a tender age like all the other girls of her area.” She further remarks that if the honorable chief justice fails to address her problems then he is sending a message to all girls of the country that no matter how the education you become you will never be able to lead a life of respect and dignity in this country.

Congratulations to lawyer and human rights defender @SaqibJillani for being awarded the Human Rights Tulip Award🌷2022.

Mr. Saqib was presented with the award by Netherlands Ambassador to Pakistan @HennyfdeVries for his "valuable & courageous work in defending #HumanRights" 4

Domestic violence can be physical but it is also any behavior to control & exploit your spouse, partner, or intimate family member.

With regard to issues on Womens Rights, largest number of complaints received by @nchrofficial Complaint Cell are about domestic violence, followed by harassment and then rape. @unwomen_pak @WomenInfluence3 @MunizaeJahangir

Issues of incest are least reported due to sense of family honor & vulnerability of victims.
With an average of 12 sexual abuse cases reported per day in Pakistan we need a comprehensive, uniform strategy to combat child sexual abuse in this country. https://twitter.com/voicepkdotnet/status/1600486620083486723