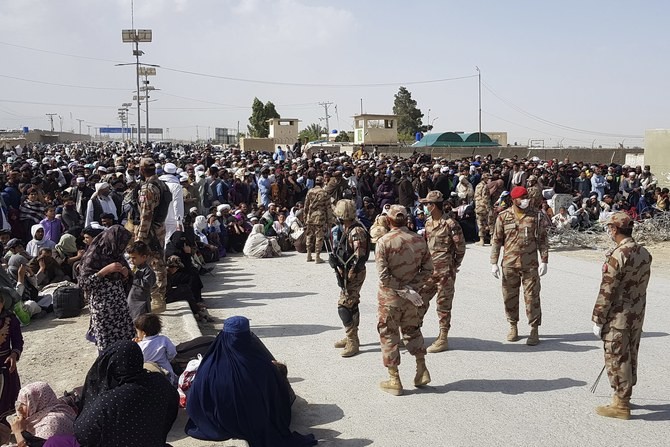 The Bab-e-Dosti crossing was closed by the government of Pakistan five months ago as part of a broader set of initiatives taken to slow down the spread of COVID-19 in the country. The move was widely unpopular among the locals who claim that the border closure hampers the free movement of people and goods between Pakistan and Afghanistan, severely damaging the overall economy of the regions straddling the border.

For this reason, traders from Chaman had been staging a sit-in in front of the Bab-e-Dosti crossing for the last two months. The protestors had conveyed their reservations and demands to a Provincial Level Committee and Asad Kaiser, Speaker National Assembly of Pakistan, but to no avail. The disinterest of government officials in finding a solution to the protesters’ legitimate demands further aggravated the situation.

“For the last two months’ people had been gathering in front of the FC border check post to plead the government to reconsider its decision regarding the border closure. But nobody from the provincial or the federal government paid attention to our plight. Consequently, we were forced to move our sit in closer to the border”, says Abdul Sadiq, President of the Anjuman-e-Tajiran Chaman (Chaman trader’s union).

After successful negotiations between the protestors and the security agencies, officials announced the opening of the border on Wednesday for two days, so that travelers stuck on both sides of the border could return to their homelands. Following the announcement frenzied crowds of men, women, and children amassed on both sides of the border, but the government’s promise never materialized instead demanding that the sit-in be called off before cross border movement is restored. Negotiations between the security agencies and the protestors broke down, and thousands of families were left stranded in the intense heat.

“Thousands of people gathered at the Bab-e-Dosti following the goodwill gesture by the security officials, but the security agencies backtracked. People from both sides of the border contacted our organization seeking a resolution to the crisis. In the evening, frontier core (FC) personnel attacked the crowds gathered at the border. Innocents were teargassed, and traders were fired on. Eight people died, and fifty were injured as a result of the attack. This reckless action by the state pushed people towards violence”, continues Sadiq.

The security forces rejected the version of events narrated by the traders’ association. According to them, the protesters tried to storm the zero point. The security forces responded by firing tear gas shells and shooting rounds into the air, which led to the death of six protesters (including a woman) while injuring twenty others. Subsequently, the protestors went on a violent rampage.

“The protestors burned down the quarantine camp established at the border, also burning down the nearby NADRA registration center,” says Zaka Ullah Durrani, Assistant commissioner, Chaman. The mob did not limit itself to the border, and soon the violence spread throughout the city. According to Zaka Durrani, in addition to destroying facilities at the border, the protestors also took to the Mall road, Chaman damaging CCTV cameras and destroying a monument in front of the Chaman Press Club.

“Even security personnel were not safe from the violence. Our cars were burnt, and six motorcycles owned by levies personal were also destroyed”, he continues. As a result of the violence, a heavy presence of security forces could be stationed outside important government establishments.

In the meantime, all parties and traders’ alliances continued with their sit-in outside the District Headquarters Hospital until late at night.

After the unfortunate incident at the Chaman Pak-Afghan border, Interior Minister Zia Lango, Provincial Minister for Agriculture Engineer Zamrak Khan, and Member Provincial Assembly Asghar Khan Achakzai and representatives of security agencies met with the leading members of the all parties and traders alliance at the Deputy Commissioner’s Office.

After successful negotiations, the officials announced the re-opening of the border on Eid-ul-Azha so that people from both sides of the border can spend Eid with their loved ones.