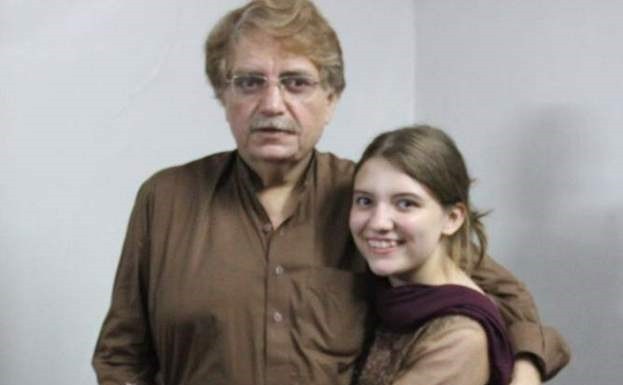 LAHORE: The Peshawar High Court on Thursday, July 16, 2020, turned down a petition to produce orders for the habeas corpus of human rights defender and missing persons advocate Idris Khattak, who has been missing himself for the past eight months.

Idris Khattak’s brother Owais Khattak had moved the high court to issue orders to produce his missing brother in court and to raise questions on the legality of his arrest and detainment by the Pakistan Military Intelligence. The MI after nearly seven months of silence had finally admitted before the Commission of Inquiry on Enforced Disappearances (CIED) on June 16, 2020, that Idris was in state custody.

However, Justice Ikramullah Khan who heard the petition, stated that the Peshawar High Court did not have any constitutional jurisdiction to make any such orders as Khattak was detained under Section 2 (1) (d) of the Pakistan Army Act of 1952, read with Section 3 of the Official Secrets Act of 1923. Furthermore, his trial is still ongoing in the relevant court.

The petitioner’s counsel, Latif Afridi, believes that the Peshawar High Court’s order was not correct as Idris was not charged under any provision of the Army Act of 1952. Under Section 2 (1) (d), Khattak is accused of having committed an offense under the Official Secrets Act of 1923 in relation to any work of defence, arsenal, navy, military, or air force establishment.

Afridi posited that the charges were bogus, as Khattak was picked up without warrant or notice by unidentified plainclothesmen from the Swabi Interchange at the Peshawar-Islamabad Motorway on November 13, 2019. These charges remained hidden, and his whereabouts unknown for approximately seven months.

The family had written to the Working Group on Enforced Disappearances (WGED), a UN body, regarding state apathy toward the rights activist’s disappearance, which sparked international interest in the case.

“The matter eventually reached Prime Minister Imran Khan and the government, and the Pakistan Military Intelligence had no choice but to submit their replies to the CIED,” he said. “Under which law was he arrested for months on end without any notice? His arrest is absolutely illegal, and the Pakistan Military Intelligence deliberately slapped Idris Khattak with the Official Secrets Act to keep him detained indefinitely.”

“Idris Khattak was not an official. He worked for no official department, he was no government or military employee. His arrest under the Official Secrets Act is a sham. They have completely disregarded the law and fundamental human rights enshrined in the Constitution,” he added.

A habeas corpus petition was within a week after Khattak’s disappearance late last year, but the matter is still pending in court. The next hearing is scheduled for July 24, 2020. Latif Afridi declared that should the case go nowhere in the high court, the family will move the Supreme Court.