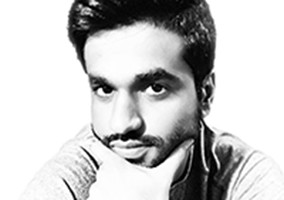 It was 11 in the morning on April 5, 2013, when Gulfar sent her son to find a passenger van so they could go home from the hospital from Turbat city. She sat in the hospital with her youngest son and grandson, and waited for her son Muslim’s return for hours, from 11 am to sunset.

Today it has been eight long and hard years, but he has still not returned. The day Muslim went missing, she found out later that her son was allegedly taken away by some gunmen in plainclothes.

As the aged mother was still in process of digesting the news of her son’s whereabouts, just two months later, her other son, Abdul Basit, was killed.

Muslim, who was 29 years old at the time he disappeared, was a pick-up truck driver. He had taken his mother, brother and nephew to Turbat city for a medical check up, as they did not have any access to health services in their village, Mubarak Chat, in a rural area of Kech.

Muslim’s sister told me that after a month of Basit’s murder, her father died from a heart attack while visiting the family from Dubai.

“Everything was destroyed –  livelihood, peace and family after the disappearance of Muslim, the killing of Basit and Abba’s death. They were the breadwinners of our family.”

More and more people in Balochistan are living under the shadow of such deadly crimes – killings by unknown persons for reasons unknown, mysterious disappearances – even deaths of family members who die because they cannot take the grief of one of their own having been abducted.

It is tragic to know that there are three helpless widows, eight orphan children, and five young girls all in the extended family living in a conservative society without any financial aid or breadwinners while suffering from physical and mental illnesses. The rest have neither a present nor a future.

Balochistan’s situation is worse than this, but we do not know because of media blackouts with many strict restrictions on data being collected freely and investigating the issue. The families are afraid to speak. It is like the people are living under a hanging sword above their heads which will slash their throats if they dare speak about their strife.

I received information about Mr. Muslim’s case after eight years.

On June 14, 2020, I got a text message on Twitter from a newly created account, saying, “I will send you a video of a missing person’s sister to raise your voice for her brother’s release because his family has no clue of where and whom to talk. They are not only scared to speak, but also no one listens to them. If they do speak out, they might get more brutalized instead.”

Thanks to the tweet, I managed to connect to the family, and also  somehow managed to collect the necessary information about the incident. It took me weeks to do so. Still, I could not make a direct connection with the family due to several restrictions.

“We do not have any IDs of my brother available because he had them with him at the time of his disappearance. So, what should we do now?” his sister sent me this audio message via WhatsApp, which I got after I asked for her to submit her missing brother’s documents to the Working Group on Enforced or Involuntary Disappearance (WGEID) committee of the UN as its Communication Form for missing persons requires.

We only found an old picture of the victim to attach to his case file while using the victim’s family details with a note explaining the incident.

“Lala (‘brother’ in Balochi), we are thrown in hell. We do not know how and whom to feed and how to take care of the three children of Muslim, Basit’s four kids, their widows or their aged and ill mother, and five sisters. Please, do something for our destroyed family.” the sister sent me another audio message.

I could not even assure her that she should not be worried, that everything would be alright. Ensuring the family members who face these crimes is hard because there is rarely a response from authorities or human rights organizations.

“We just want to know if my brother is alive or not.” The sister said.

It is hard to answer when the families ask for updates on the cases submitted to the local and international human rights bodies. Due to high surveillance, it is risky to gather data from the families and compile the cases of missing persons.

But doing so, gives the families hope for the return of their beloved. Despite everything the world has failed to bring any good news to them yet.

The author is a deputy coordinator Human Rights Council of Balochistan (HRCB) and studying political science at the University of Toronto.