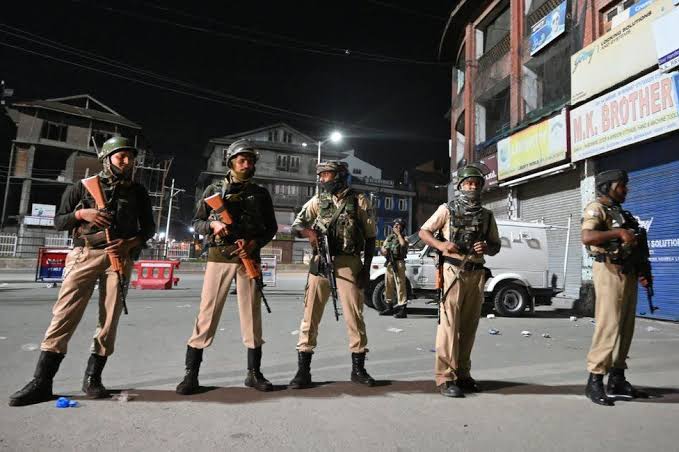 Soon before the revocation of the special status of Indian Occupied Kashmir (IOK) on August 5, New Delhi imposed a lockdown in the valley fearing a massive public outrage…

The central government has either arrested or put incommunicado all the main political leaders of the IOK.

The detentions were made under controversial laws like the Public Safety Act (PSA), Prevention of Terrorism Act (POTA) etc.

Mehbooba Mufti, former CM of the Jammu & Kashmir and leader of Peoples Democratic Party was detained in a government rest house in the early hours of August 5, 2019.

Mufti was detained under PSA and has not been released yet. In April, she was shifted to her house but not allowed to meet anyone. She is the daughter of former chief minister of CM of the Jammu & Kashmir, Mufti Mohammed Sayed.

Syed Ali Shah Geelani, 90 is a pro-separatist veteran politician has been placed under house arrest for many years in Srinagar.

In June 2020, Geelani quit as the head of All Parties Hurriyat Conference citing differences with other leaders over key issues.

Abdullah was later formally detained under PSA, his residence declared a sub-jail. He was released in March after 7 months of confinement.

Yasin Malik, Chairman of JKLF was arrested in March 2019 during a crackdown on Kashmiri leadership in a two-year-old case of “terror and separatist funding”.

In March 2020, Malik was later charged with the murder of charged with the killing of four Indian Air Force officers in 1990. He languishes in the infamous Tihar Jail with severe health issues.

Omar Abdullah, former CM of the region and son of Farooq Abdullah, was also detained and taken to a govt guest house on August 5th.

In February 2020, Abdullah was arrested under PSA. He was later released in March after 8 months of detention.