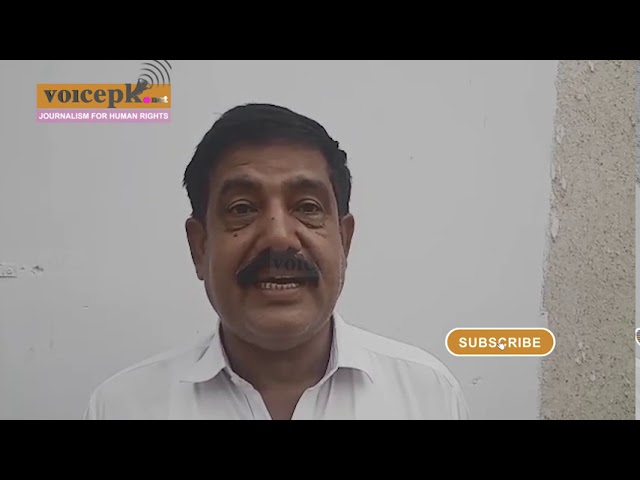 The father of a child who was molested and filmed by a private tutor in Khairpur has alleged that the perpetrator is actually part of an international child pornography racket.

Speaking to Voicepk.net about the incident, the victim’s father said that the former government teacher who has molested his son was part of an organized gang that routinely composed and disbursed child sexual abuse material (CSAM).

“The local gang that molests and forcefully films children is aided and abetted by an international mafia that sells and promotes CSAM all over the world,” he said, adding that the mafia may have members in the US and India as well.

The child’s father also demanded that the authorities must punish the culprit, apprehend the rest of his gang and put an end to such criminal activities.

“We have appealed to the DIG, SSP, Prime Minister and Chief Justice but we have received no response so far,” he lamented.  “We want justice but if we do not get it, we will protest. All the people of my area are on the same page about this,” he added.

Independent sources as well as members of the civil society have also confirmed this claim. According to a source, it is very likely that the suspect was associated with a local gang that produces CSAM.

Meanwhile, members of teachers’ associations have dissociated themselves from the suspect and categorically disavowed his actions. President of Khairpur teacher’s union Nabi Baksh Makool condemned Sarang Shar’s actions. “We should not refer to this man as a teacher since his actions are cruel, vulgar and inhumane,” he emphasized.

Retired schoolteacher Sarang Shar, was nabbed after photos and videos of him sodomizing his minor pupils went viral on social media. Shar was well-known in Thari Mirwah. He ran a private tuition center and also served as the head of a local schoolteacher’s organization.

Sources also told Voicepk.net that the police had received the objectionable videos at least 10 days before they went viral on social media. However, instead of taking action against the proliferation of CSAM, the police officials accepted a bribe of Rs200,000 and did not lodge an FIR. According to the sources, the police only registered FIRs and formally initiated investigation once the videos emerged and triggered country-wide outrage.

Sindh Police SSP Ameer Saud Magsi explained that an FIR was filed under these two sections because the horrendous incident shocked and frightened people across the country. Magsi also rejected claims that the police accepted a bribe and refused to take action against the culprit initially. “People write all sorts of things on social media. These accusations are false and baseless,” he said.

Residents of Thari Mirwah and the civil society demanded that Shar and his accomplices be punished. They urged the authorities to form a JIT to investigate the issue and hold all the culprits accountable.

A similar incident occurred in 2015 in Kasur where a gang sexually abused at least 280 children from the same village and filmed them, using the CSAM to blackmail their parents. In 2018, another international child pornography ring creating objectionable material was busted by the FIA in Gujar Khan. In May 2020, another racketeer was apprehended from Sargodha by the FIA. Over 650,000 child pornographic videos were found in his custody.

An amendment was also introduced to criminalize child sex trafficking within the country.

However not much of a psychological study has been conducted regarding the problem of child abuse, especially from the abuser’s point of view. Such studies and profiling may help in eliminate the criminal activities connected to pedophilia.