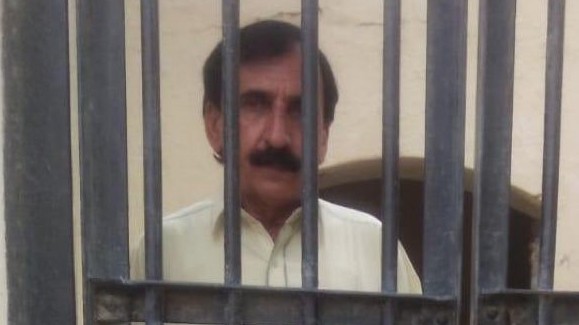 Sindh Police confirmed that suspected child rapist involved in one such incident in Khairpur was arrested on Friday. Retired schoolteacher Sarang Shar, was nabbed after photos and videos of him sodomizing his minor pupils went viral on social media.

According to the police, Shar tried to flee his hometown when his videos surfaced on social media, but he was tracked and apprehended from nearby Kumb a day later.

In addition to abusing his students and filming it, Sher was also accused of forcing them to molest each other and then blackmailing them. It is worth noting that all students who attended Shar’s tuition center were aged between 10 to 12 years old.

According to the police, Sarang Shar has a criminal history. Earlier, he was facing double murder charges, which is why he decided to move to Thari Mirwah from Faiz Ganj, where he lived earlier.

After settling in Thari Mirwah, Sarang Shar established a tuition center and became a known social figure in the area. He became head of a government school teacher’s organisation and was routinely attended educational events in the area.

The police also revealed that Sarang exercised his influence to implicate the relatives of a minor boy in a false case when the boy refused to enter in an illicit relationship with him.

Meanwhile, the incident has sent shock waves across the country and has initiated a larger discussion about the prevalence of child sexual abuse in Pakistan

#SarangShar a retired teacher sexually abused more than 100 children Sindh Police should take serious action against him. We want to see this monster behind bars and punished for his heinous crimes. #ChildAbuse pic.twitter.com/j3jJH4j7m0

People from all walks of life have reacted strongly to these developments and have demanded justice for the victims.

Regarding the #sarangshar case in #khairpur police are still conducting raids for the accused but are denying the existence of a usb that allegedly contains videos of the abuse of dozens of children, a claim that is circulating on spciap media. The fir was lodged by the father.

A retired teacher Sarang Sher from Thari Mirwaha Sindh abusing a 10 years old boy. Not just that he usually abuses his students at tution and drop their vids too.
How fucked up a nation can be? when it’s teachers who do such filthy crime and still get away with it#sarangshar pic.twitter.com/6DuFzdN3zF

This is a developing story. Follow Voicepk.net for more updates.