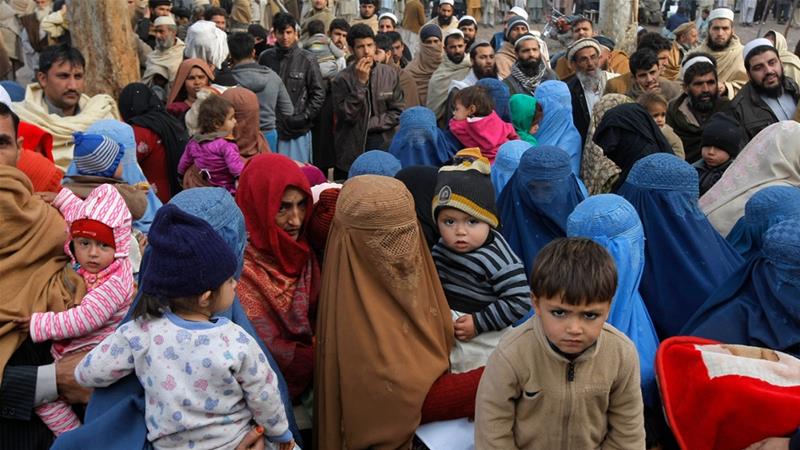 CHAMAN: As the dead increase in numbers at the Pak-Afghan border in Balochistan, immigrants stranded on either side are demanding the governments of Pakistan and Afghanistan reopen borders so they may perform funeral rites of their loved ones.

The rapid spread of the COVID-19 pandemic which, after China and Italy respectively, has hit Iran the hardest with around 16,000 confirmed cases and approximately 1000 deaths. It has prompted the Pakistan and Afghanistan governments to close down borders in order to minimise the spread of the pandemic.

But the closure of the Pak-Afghan border, a bustling and busy trade route, has not just devastated the livelihoods of traders, but also thrown the lives of ordinary people into chaos.

Increasing political and economic instability in Afghanistan post the Doha Agreement has also negatively affected the health sector in the region, forcing many Afghans to look for routes into neighbouring Pakistan in hopes of acquiring adequate medical attention.

“We have corpses here, we beg the government (of Pakistan) to let us travel (across the border into Afghanistan) so we can perform funeral rites for our dead,” pleaded Karamatullah, an Afghan citizen trapped on the Pakistani side of the Pak-Afghan border.

He also requested the government take in severe COVID-19 cases from Afghanistan in dire need of medical attention and treatment that they would otherwise not receive in Afghanistan or at the border.

So far the government has not devised a strategy to address the needs of Afghan immigrants stranded at the Pak-Afghan border, who are facing the brunt of the situation, especially after a recent spell of heavy rain and snowfall in the region.

The political turmoil in Afghanistan following the USA’s exit from the region as part of the Doha Agreement has contributed to Pak-Afghan border issues, with both countries tightening restrictions on trans-border movement. Pakistan has also historically struggled with the crisis of Afghan refugees who had poured into the country as a result of the 1979 Soviet invasion of Afghanistan – till date, many Afghan refugees in Pakistan and their succeeding generations have not been able to acquire citizenship rights in the past 40 years.

The current political climate in Afghanistan poses yet another Afghan refugee and national security crisis for Pakistan.