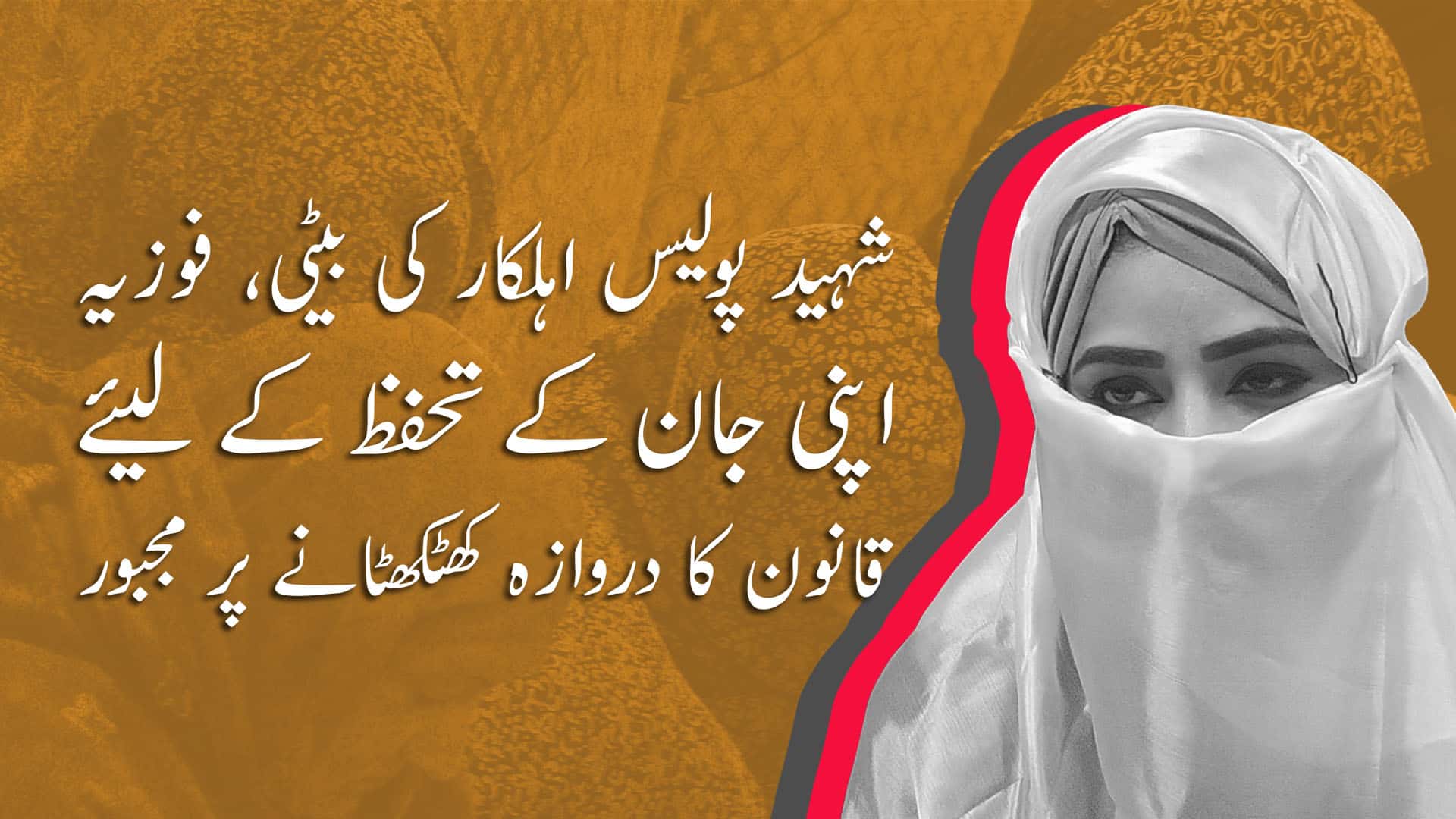 Violations of women’s rights are commonplace in Pakistan, a country which is ranked 6th among the most dangerous countries in the world for women. And in the case of Fauzia, a victim of harassment and gendered violence, her appeal for help seems to fall on deaf ears.

A resident of Lahore, Fauzia is a laser therapist. Her mother is a police officer, as was her father who was martyred in the line of duty. But today, Fauzia is desperate for help and protection from law enforcement and courts.

On the 13th of January 2020, Fauzia was harassed and then assaulted by 3 men right outside her home. The accused, Moeen, Hammad and Jawad, had left her severely injured. This was not an isolated incident – Fauzia was regularly harassed by these men, and had submitted complaints against them to no avail. However, this was the first time that they had ganged up and physically assaulted her.

“One of them approached me and snatched away my scarf,” Fauzia recalled. “He slapped me, even ripped up my burka. I was afraid for myself, so I began video recording them with my phone. That incensed his accomplices, and they began to thrash me. I was afraid of an even more terrible turn of events.”

No Progress in Her Case

She immediately called the police helpline and registered a complaint but, like all her previous attempts, no serious action was taken against the attackers till date.

The investigating officer of the Masri Shah police station, Fayyaz, told voicepk.net that he had verified Fauzia was indeed attacked. He has forwarded the report to senior officers.

“We summoned [the accused] but they never showed up. They weren’t even at their homes – for 3 days we kept making the rounds but they were not found anywhere,” Fayyaz said.

In addition to harassment, verbal abuse and physical assault, the culprits are also accused of snatching Fauzia’s phone and money.

That is the only progress Fauzia’s case has reached so far.

Seeking justice, she had also approached various human rights organizations, the Punjab Police and the Punjab Commission on Status of Women.

“I submitted my complaints to the Punjab Commission on the Status of Women and they forwarded it to the police,” she related. “The police approached me before and pressurized me to forgive the culprits. I had forgiven them before when they had harassed me, but after this recent incident, I was not going to give in to pressure.”

The Human Rights Commission of Pakistan wrote a letter to the Additional Inspector General Human Rights after which the Capital City Police Officer (CCPO) Lahore was asked for a detailed report on matter as a matter of top priority by the 6th of February.

DSP Misri Shah Ghulam Dastgir refused to comment on the matter despite several request from voicepk.net on the incomplete inquiry and report.

Despite pressure from the police and serious threats from the accused and his father, who is also an officer in the police, Fauzia is not willing to let the matter go.

“They [the culprits] said that if you pursue the matter, you will have to face dire consequences. But if I stay quiet, I know for a fact what worse outcomes await me,” Fauzia proclaimed. “I also want to pursue this case so that if there are others like me who face these troubles, they have some hope. This is my personal and spiritual struggle, I’m not afraid of death. What I really fear is dying without respect.”

It is to be seen whether the police can provide justice and protection to the daughter of a policeman who gave his life to his country.