VoicePk.net
Home Our Stories Justice Isa Requests SC to Move Contempt Case Against Those Who Filed... 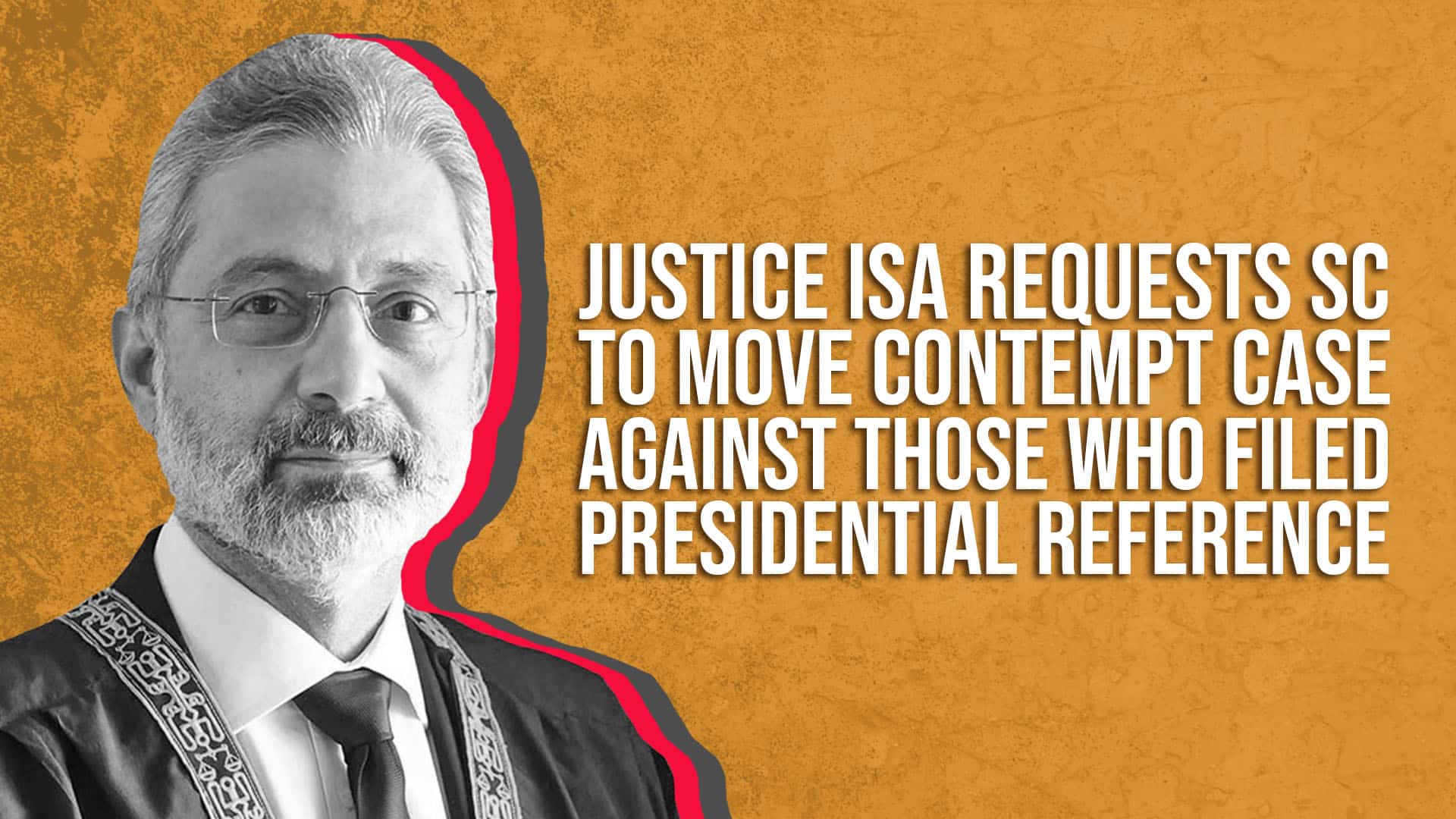 The synopsis also contended the evidence gathered against Justice Isa and his family was done so through “unlawful, covert surveillance”, which violates specifically Article 9 – security of person (no person shall be deprived of life or liberty save in accordance with law) and Article 14 – inviolability of dignity of man (the dignity of man and, subject to law, the privacy of home, shall be inviolable) of the Constitution of Pakistan. Furthermore, it alleges that the surveillance of judges and other forms of interference by authorities threatens the independence of the judiciary.

In the synopsis, Justice Isa points out the extraordinary depth of the violation of his family’s privacy committed by the federation by contracting a private investigation agency to determine where the “petitioner’s children had resided in the last 10 years”. Further, the exact amount and the source of the funds used by executive authorities to contract the private investigation agency have not been disclosed. The synopsis alleged the possibility of the use of state intelligence agencies for surveillance and collection of evidence.

The reference, filed in May 2019, alleged Justice Isa had acquired on lease 3 properties in the UK in 2011 and then in 2015 under the names of his wife and children, however he failed to declare these assets in his wealth statement. The defense has argued that there is no mandate for the petitioner to declare assets owned by his non-dependent wife and children under Section 116 of the Income Tax Ordinance 2001. Hence the petitioner or his family did not violate money laundering laws.

Under Article 209 of the Constitution of Pakistan, any Judge of the Supreme or High Courts found guilty of misconduct may be removed from office. The ruling PTI government had submitted the presidential reference against Justice Isa and two judges of the high courts to the Supreme Judicial Council, alleging that failure to disclose ownership of property abroad is tantamount to misconduct.

While the defense has concluded its arguments, the PTI government, represented by the Attorney General for Pakistan (AGP) Anwar Mansoor Khan will submit its arguments for filing the presidential reference, as well as provide an answer as to who authorized the surveillance and under what legal provisions the government had announced the content of the reference to the public to the apex court.