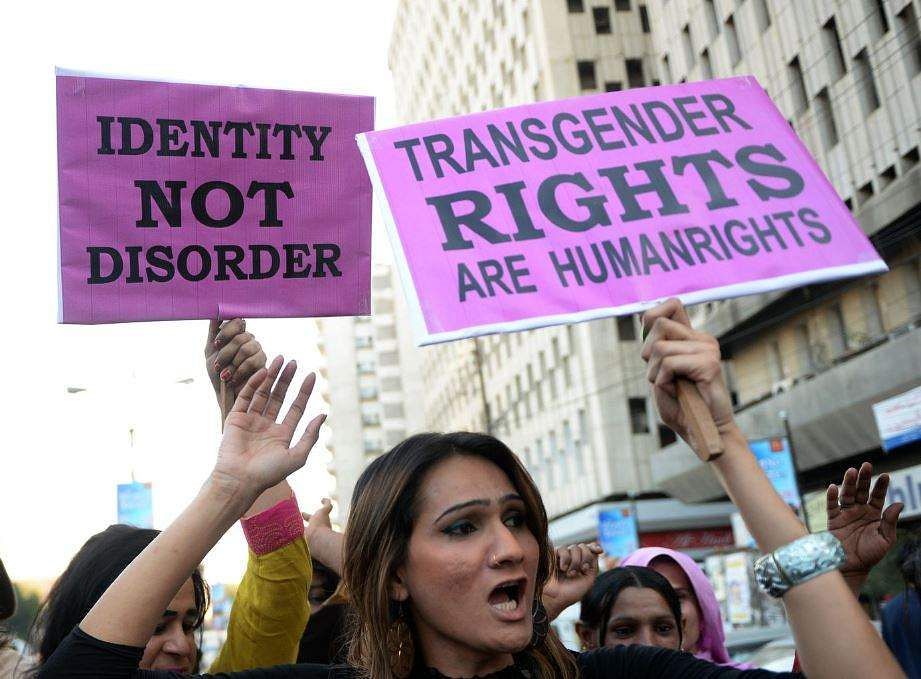 Aurat March Lahore has expressed its alarm and worry about the recent backlash that the transgender community has been made to face over the Transgender law 2018.

Representatives said that they were extremely alarmed by the malicious disinformation campaign against the Transgender Persons (Protection of Rights) Act, 2018. “The Act’s passing was a monumental moment of pride for Pakistan. Hence, the manufactured campaign to erode and endanger the rights of the trans and khawajasira community should be a cause of concern to all,” said a press release.

The amendments proposed to the 2018 Act by the members of the Jamaat-e-Islami are seeking to remove the right of transgender individuals to identify with their chosen name and gender on legal documents, according to their self-perceived identity and lived reality. Instead, this proposed amendment subjects them to an intrusive and cruel examination procedure by a Medical Board.

“We unequivocally oppose these regressive and pseudo-scientific amendments, which seek to discriminate against the trans community by subjecting them to a biology determination process to ascertain their gender, a process no one else has to go through,” said the statement. “The amendment also seeks to dilute the right to inheritance provided by the Act. This is despite the fact that legal experts have repeatedly pointed out that the Rules of Business of the Act notified in 2021 and departmental policies create provisions, and check and balance procedures, to address any potential misuse of the Act.”

AM Lahore said that the amendment had been proposed in response to moral panic based on a campaign of lies in the name of religion.

“The basis for the amendment is predicated on fiction, false statements, incomplete information and deliberately concealed facts. Such as the outright lie that Act legalizes homosexual marriages. There is nothing in the Act to this effect, and we challenge anyone to point to any clause, policy or mechanism that states this. Senator Mushtaq Ahmed has repeatedly failed to present any credible evidence in Parliament to substantiate his claims for introducing this amendment and has instead relied on hysteria as a tool of mass manipulation. That the Parliament is repeatedly held hostage and the democratic will of the people so blatantly undermined in the country, by violence inciting groups is truly appalling.

It is unfortunate that the conversation driven by this malicious campaign has detracted from the real issue – the fact that there is an epidemic of violence against transgender persons in Pakistan.”

According to data collected by several organizations and media reports, 20 transgender people were killed in 2021. In March 2022, four trans women were murdered and eight injured in Senator Mushtaq Ahmad’s own home province and constituency in Khyber Pakhtunkhwa. Earlier this month in September, three transgenders were attacked in Peshawar.

“Instead of dealing with the systemic violence, we see debates dehumanising a community besieged by violence, causing them immense distress at a time of grief and mourning. The lack of compassion is distasteful, at the very least.

Aurat March Lahore, in no uncertain terms, stands with the trans community in their fight for rights, recognition and justice. The trans community is a part of the Aurat March community, we are brothers and sisters in arms – attacks against the community will not be tolerated and it is our duty as feminists as well as allies to speak up and defend the hard-won rights enshrined in the Constitution for every citizen.”