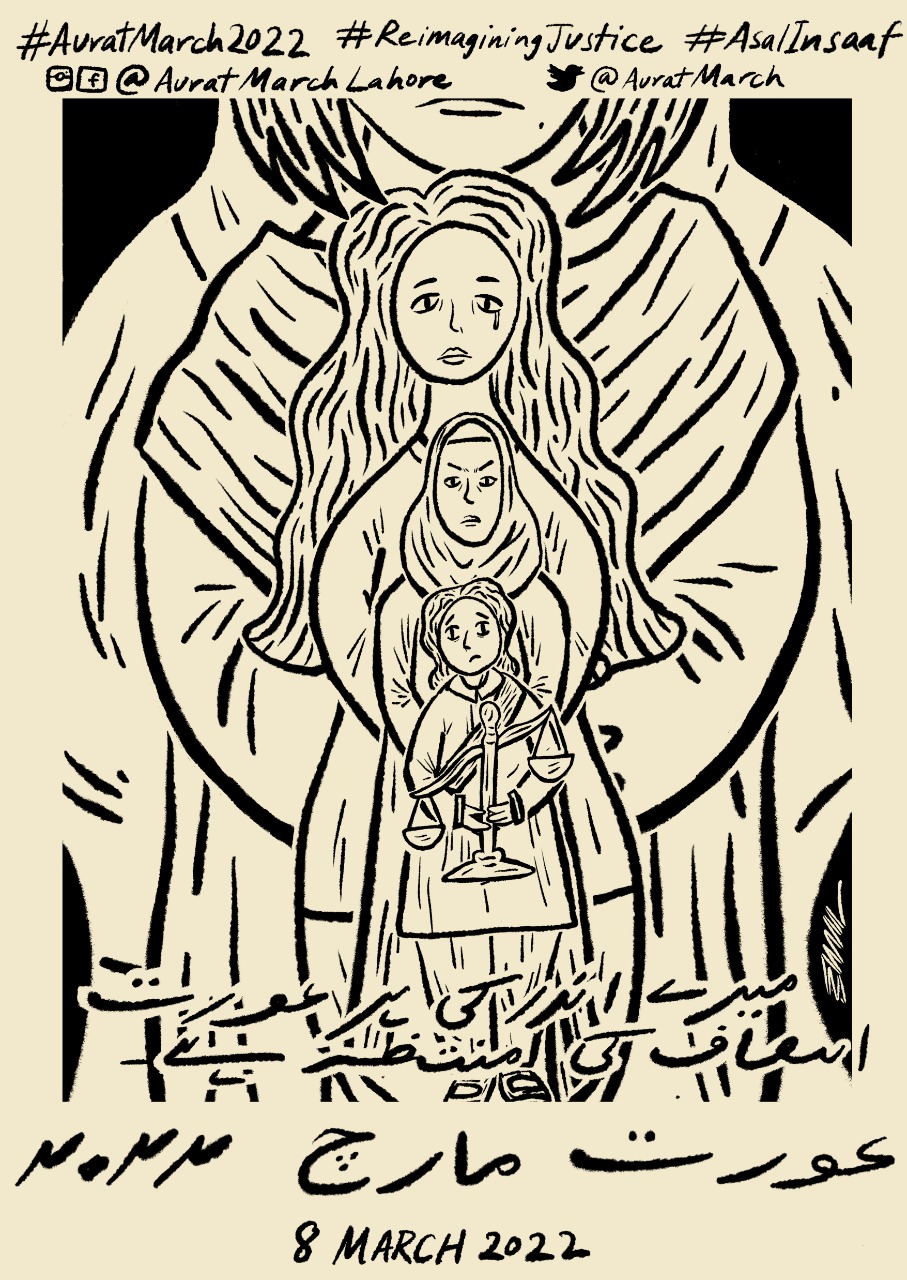 A hearing was held on Monday morning – just a day before International Women’s Day – in the court of Justice Shahid Waheed (Lahore High Court) where a petition was presented, regarding the Aurat March.

In the case “Nighat Said Khan & others v. Government of Punjab”, the organizers of the Aurat March aired their objections after they felt actively discouraged by the attitude of the city administration, from holding the march.

One of the organizers told Voicepk.net that while the matter had now been sorted out, earlier when they had informed the city administration about their Women’s Day march, through an NoC letter filed on February 26, there had initially been no response by the District Commissioner (DC) Lahore office. Finally, when the reply came through on March 4, from the Additional Deputy Commissioner Lahore, two things came to the forefront: that the Superintendent or Police Civil Lines was directed to convene a meeting with the representatives for not holding Aurat March, due to a “possibility of conflict on the roads”; and that if the organizers would still carry on with the march they would be fully responsible for the safety of the participants.

These points prompted insecurity among the organizers of the march where people are being expected to participate by the dozens.

“Under Articles 16, 17 and 19, of the Constitution, we have every right to the freedom of assembly and to organize peaceful processions and protests,” said Hiba one of the main organizers. “That is why we took the case to court.”

“If events like the PSL, as well as other rallies of political parties, is going on in full swing – including spring festivals and other such events, not being able to provide security to the Aurat March is a discriminatory and a disproportionate practice emerging from the fear of women reclaiming public spaces,” says one of the organizers. Meanwhile, when the case was presented in court, Justice Shahid Waheed said that the notification had not really stopped the march from happening and that the organizers could carry on as intended. However, no remarks were made regarding the lack of denial of security.

Advocate Rafae Saigal who represented the case in court, told Voicepk, that the attitude of the city administration was far from helpful seeing that the march had been happening since the last few years now, and that Karachi and Multan’s administrations had provided full security for the marchers.

“You can also see there was complete security being provided to the PPP rally,” he said.

It should be noted that the petition was filed on Saturday. After the court hearing, when the organizers went to meet the ADC, Atiya Sultan, surprisingly the notification had been retracted and a new one had been prepared.

This not only allowed the march to take place, it also assured full security. She did not however specify as to why the earlier letter had been sent out in the first place.

Later a press conference at the Lahore Press Club on Monday, where journalists were informed of the route and entry points as well as other related information.

Meanwhile, activities are underway and energy and excitement are at a peak.

For example, feminist tappay (rhymes) are riding the wave this year, as new lyrics are being constantly added to age-old standard rhymes – this time through a feminist lens. The transgender community has also joined in with a few lines.