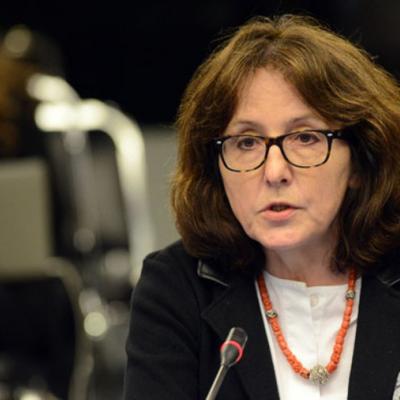 The UN Special Rapporteur on Violence against Women, Dubravka Šimonović says that all states must bring their national laws in line with human rights standards, to effectively prevent and combat impunity for rape.

Šimonović made these remarks while presenting a report that reviewed laws in 105 countries.

Under international law, rape is recognized as a human rights violation and a manifestation of GBV against women and girls.

“States must address widespread impunity for perpetrators of rape and lack of justice for victims and must harmonize their criminal laws with international human rights, criminal and humanitarian law,” Šimonović says.

Šimonović in her wide-ranging review of legislation highlights many defects and deficiencies in the criminal justice system which includes the definition of rape, who is protected, how long a victim has to report a crime, lack of criminalization for marital rape, and lack of gender-sensitive and victims-oriented prosecution, and protections for victims.

The UN Special Rapporteur said that the definition of rape must always be based on a lack of consent by the victim. She added: “No should always mean no, while education should promote the understanding of affirmative consent – only yes means yes.”

She says that these gaps in legislation have a negative impact on victims’ access to justice, and lead to high rates of impunity for perpetrators.

She also mentions the lack of gender sensitivity during the trial of rape crime. “Rape is frequently not reported, and even if reported, it is seldom prosecuted,” she said. “Even if there is a prosecution, it is rarely handled in a gender-sensitive manner and often leads to re-victimization while producing few convictions.”

She called for measures to make judicial proceedings less traumatizing for victims.

The UN expert says that the result of the above-mentioned malpractices results in normalization of rape, silence on rape, stigmatization of victims and impunity for perpetrators.

Rape is now a gender-neutral crime in Pakistan

Last year, the President of Pakistan promulgated the Anti-Rape Ordinance 2020 that will ensure a speedy trial of rape cases.

The new legislation recognized rape as a gender-neutral offence, by broadening the definition of rape to include men, women and sexual minorities under its ambit. Prior to this, men and boys were termed as victims of ‘unnatural offences’ of ‘sodomy’.

Other salient features of these ordinances include the establishment of special courts for speedy trials, the creation of anti-rape crisis cells for the prompt registration of FIRs, medical examination and forensic analysis, among other requirements.

The ordinances also propose that a database of sex offenders will be prepared with the help of the National Database Registration Authority (NADRA).

The national assembly has already passed the ordinance and it will become a law after the senate will give assent to it.

However, despite these aspirations, Voicepk.net has observed that in several cases of sexual violence, the police has failed to insert the relevant section of rape (Section 376 of PPC) in cases involving the rape of males under the ordinance. Rather the police are continuing to lodge such cases under Section 377 of the PPC (unnatural offences) as per prior practice.

For example in the recent case of a minor being sexually abused in a madrassah by ‘Mufti’ Azizur Rehman, the police did not file a rape case, instead filed one under Section 377.