A sense of calm prevailed at the Punjab Institute of Mental Health (PIMH), Lahore, on Friday, May 8, when both Christian and Muslim staffers including nurses, doctors, and paramedics prayed together at the institution’s chapel (prayer room). 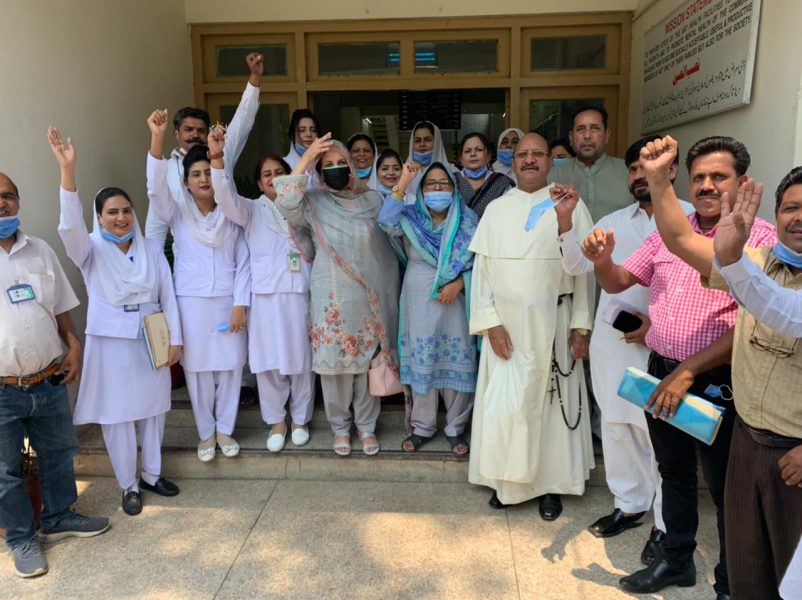 The joint interfaith thanksgiving prayer was organized to promote harmony between the two religious communities following the untoward incident a few days ago. The event was attended by several notable social and political personalities including PTI Member National Assembly (MNA) Shunila Ruth, Dr. Nausheen Hamid from the Health department of Pakistan, both of whom represented the government, while the Christian Community was represented by Father James Channan. 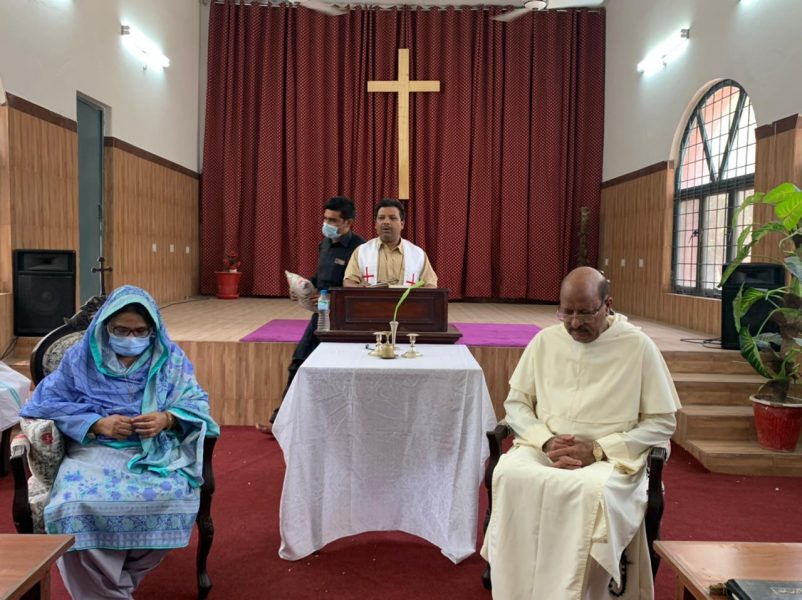 The institute employees and overall staff of 700 medical workers out of which 339, belong to the Christian community, including exactly 105 nurses. Previously, easy peace was restored in the hospital after the signing of a mediated agreement between the Muslim and Christian staffers of the hospital.

Communal tensions began to boil over in the last week of April when a Christian nurse forwarded a video of a Muslim man elaborating on the rights of minorities guaranteed by Islam to a WhatsApp group of hospital nurses. The video led to allegations of blasphemy being hurled against Christian nurses of the hospital by their Muslim counterparts. The Muslim nurses asserted that the video had hurt their religious sentiments taking already simmering communal tensions to new heights.

On April 29 a mob of Muslim nurses chanting religious scholars made its way to the chapel. Following entry, the nurses took over the premise in the name of Islam. The nurses organized a Milad reciting Naats and even announced that the Jumma prayer will be organized on the premise.

Muslim nurses demanded that the chapel be cleared out. Even though before being used a chapel space had been abandoned and the Christian nurses at the hospital collected money amongst themselves to renovate the space and convert it into their place of worship.

The video of the event soon started making rounds on Pakistani social media drawing condemnation from citizens and minority rights activists alike. After the initial video went viral some Christian nurses at the hospital released a social media video of their own condemning the move and declaring that holding the Jumma prayer at a place already designated as a Christian place of worship would be sacrilegious.

The Christian nurses also alleged that Christian medical workers had put in immense hard work into establishing this hospital since the time of its inception and now that the institute had been established Muslim staffers were using the religion card and false accusations of Blasphemy to have the Christian staffers fired and take over their jobs.

As soon as news of the incident broke, a Muslim cleric, Allama Zubair Abid interceded. The cleric and a Christian priest together succeeded in resolving the immediate crisis. An agreement was signed between the two communities whereby they pledged not to press charges against each other and the Christians were allowed to continue using the space as their place of worship. 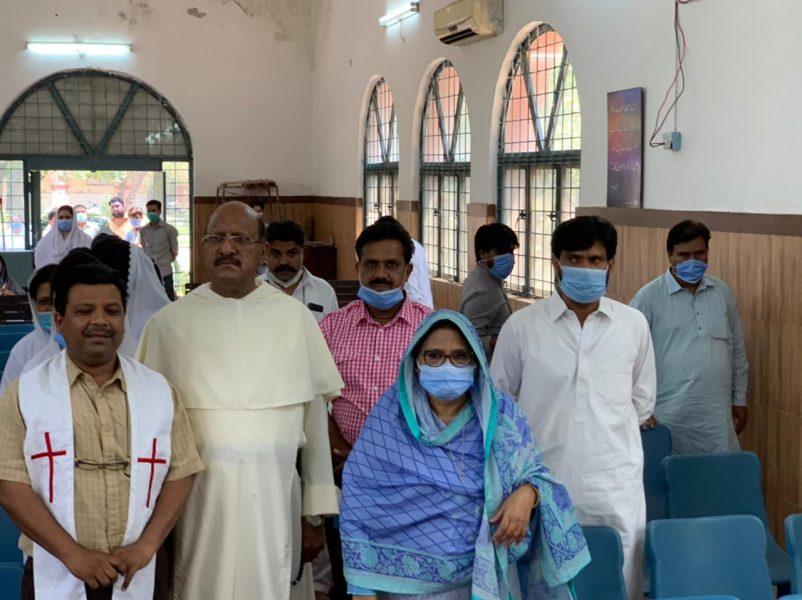 But sources inside the hospital told Voicepk.net that the situation remained tense even after the signing of the agreement. Merely a day after the agreement was signed Muslim nurses once again organized a protest outside the office of the Medical Superintendent (MS) of the hospital reiterating their demand that the chapel should be cleared out.