Pakistan and India have agreed to a ceasefire along the Line of Control (LoC) and the Working Boundary since February 26, 2021, capping the two years of cross border firing between the South Asian neighbours.

The sudden cessation of hostilities on the border surprised many people of both countries. Following the truce, the premiers of both the nuclear-armed nations exchanged letters, expressing their desire for peaceful relations. Pakistan downgraded its diplomatic ties with India after New Delhi stripped Jammu and Kashmir (J&K) of its special status in August 2019.

Since then both nations have been accusing each other of sponsoring terrorism on many international forums. Voicepk.net sought out some important voices on both sides of the border regarding these ties and spoke to foreign policy experts Krishan Chander Singh from India and Ahmed Rashid and Asad Durrani from Pakistan about what they said regarding the sudden change of heart in both countries’ leadership.

What caused the thaw in the Pak-India ties?

According to KC Singh, a former career diplomat and foreign policy expert, the de-escalation between India and China played the role of a catalyst in lowering temperatures between the two neighbours who were already reeling under the impact of the pandemic and battered economies. “Better sense prevailed because neither country really wants an escalation of violence at this stage,” he says. 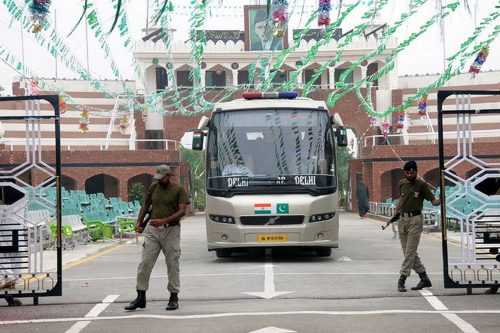 The former Indian diplomat paid his accolades as to how both countries had taken a step back from each of their ‘frozen positions’ on the issues of alleged state terrorism and the Kashmir status quo.

“The Indian precondition was that we will not have anything to do with Pakistan until terrorism (from their side) ends; the Pakistani precondition was (you) go back to status quo entry on Jammu and Kashmir, which means restore statehood, or restore Article 370,” he says. “The ceasefire will allow both nations to begin addressing their problems in their relationships rather than getting themselves into a corner,” he adds.

Ahmed Rashid shares similar views as KC Singh, regarding the situation that presented itself and counted the de-escalation with China as an important factor behind the move towards normalcy at the Pak-India border. The noted author is of the opinion that New Delhi has come to realize that India cannot afford to take on both China and Pakistan.

“India faces a potentially a two-front situation with Pakistan on one side and China on the other, and of course, we know there have been very serious skirmishes on the China-India border,” he says.

“It was very obvious, they (India) were getting a bad name all over because of what was happening in Kashmir during the last few months,” he says. But Durrani is happy that better sense prevailed between the two countries, saying the ceasefire provided a much-needed space in which both sides could move towards a change in their strained relationship.

Is the normalcy linked to the ongoing Afghan peace process?

According to Singh and Rashid, the normalcy between the two countries is linked to the ongoing peace process in Afghanistan. India’s recent acceptance of the regional initiative for the ongoing Afghan peace process in Turkey has come after Pakistan agreed to its inclusion, says KC Singh.

“That is also a significant thing because till now India had been cut off from any regional initiative. Even, the Russians were not willing to invite India to the meeting that they just had,” he points out. “Americans insisting that India is part of that regional group obviously came after they talked to Pakistan and made Islamabad agree on it,” he adds.

Singh says the United States, which has recently talked of delay in the withdrawal of its troops from Afghanistan, will not want hostility between Pakistan and India to impinge on the transition in Afghanistan. “That can only happen if de-escalation takes place between India and Pakistan so that they start moving towards normalising relations,” he adds. Similarly, normalization of trade between India and Pakistan has to take place prior to any resumption of Afghan transit trade to India as called for by Kabul.

Ahmed Rashid says the role India will play in the Afghan peace effort will determine future collaboration between New Delhi and Islamabad. “If India and Pakistan can cooperate on the Afghan peace process in the Istanbul and the UN conferences, hopefully, both can work on some of their own differences,” Rashid says.

However, New Delhi has to revise its policy towards not recognizing the Taliban as a political factor in Afghanistan as done by the whole international community. “We have to see some movement on Indian policy towards the Taliban which is stuck very much in the past,” he says.

But Asad Durrani disagrees with the assessment that India can play a significant role in the Afghan peace process. He says India is not affected by the turmoil in Afghanistan as neighbours like Pakistan and Iran.

“India is a spoiler in the Afghan peace process, its main interest is that the neighbourhood of its adversary Pakistan should remain on the boil,” he opines.

Why are both countries downplaying this effort for normalcy?

KC Singh says both countries are downplaying the normalcy in order to gauge outcomes from the initial steps. 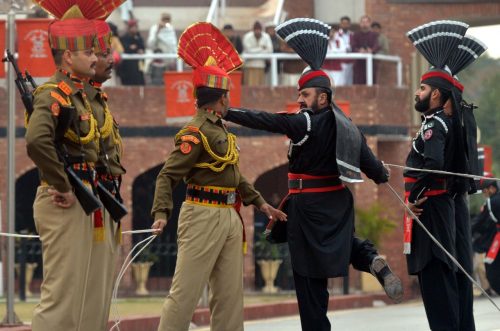 “It’s important to have outcomes. And if the outcomes are coming from whatever channels are operating between India and Pakistan, then let those channels operate till there’s enough confidence to step into the public light,” the former Indian diplomat says.

In his opinion, New Delhi does not want to hype expectations of a possible full resumption in ties with Islamabad to deflect public attention towards state elections in Kerala, Bengal and Tamil Nadu. “Probably while the state elections are on, the Indian government doesn’t want any distraction, because then the focus goes there,” he adds. The public meeting will come immediately before some other steps are taken to restore some kind of discussions between India and Pakistan, he says.

Ahmed Rashid says both countries wish to limit the normalcy of the borders alone.

“At the moment, the two South Asian armies are wanting to maintain their policies and depth but they’re not willing to extend the rapprochement to the civil sector,” he adds. The initiative came from New Delhi which was alone responsible for bringing the nuclear-armed nations to the brink, he says. The problem now, Rashid says, is that to improve the situation New Delhi has to change its policy. “India has to start giving concessions on the political level that means, of course, the water dispute, trade, and cooperation on COVID pandemic,” he says.

Sharing Ahmed Rashid’s stance, Asad Durrani says New Delhi and Islamabad wanted to curtail fallout from the civilian casualties resulting from the military fire across the Line of Control in Kashmir.

“So for Pakistan, it was important that the casualties on both sides of the LoC were either eliminated or minimised,” he says. Durrani says both countries have not stated whether they signed an agreement or not over the ceasefire. “If the peace has to be achieved in Kashmir, then they (New Delhi) will have to make sacrifices that they will find very difficult,” he adds.

Will this lead to the full restoration of trade and diplomatic ties?

The experts were unanimous in their view that it was still early to say whether the ceasefire will lead to full restoration of diplomatic and trade relationships between the South Asian neighbours. 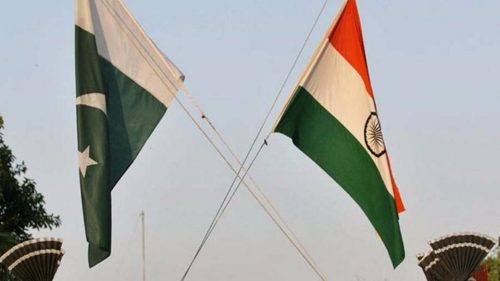 “A lot of water has flown down Jhelum and Jamna; you can’t just go back to where you were, because many of those things have still not been addressed,” says Singh, adding that he doesn’t think India would be fully satisfied with what Pakistan has done regarding the former’s allegation of ‘state-sponsored terrorism.

However, the former Indian diplomat does believe that despite everything, in Pakistan, the narrative is not to end connections, a problem that has dogged the Pak-India comprehensive dialogue for over two decades.

Similarly, Ahmed Rashid says both countries are adopting a step by step approach to the normalisation of their relationship.

“Both countries had discussions on the water issue and hopefully there will be a discussion on any joint action over the COVID situation,” he says, adding that this can lead to India providing virus vaccines directly to Pakistan.

Asad Durrani says people in both countries should keep their fingers crossed as any event can unravel this temporary peace between the nuclear-armed neighbours. “It’s a temporary affair, they have gained breathing space. And we’ll see what happens in a few months’ time,” he adds.

According to the experts, the ceasefire on the borders has provided the much-needed opportunity to governments of both countries to kick start efforts through back channels for resolving bilateral issues and jointly fight the economic and public health challenges posed by the COVID pandemic.