Kamran Arif, a staunch human rights campaigner especially against custodial torture and the death penalty, passed away in Islamabad, on Friday, due to complications from the COVID virus.

Kamran Arif, vice chairperson of the Human Rights Commission of Pakistan (HRCP) from Khyber Pakhtunkhawa (KP), was under treatment at the Pakistan Institute of Medical Sciences (PIMS) since the last two weeks. He was 55 years old and leaves behind a widow. He was laid to rest, later the same day, in his ancestral village of Jallozai in district Nowshera.

Arif enjoyed a certain prominence among the human rights activists across the nation. He served as senior legal advisor for the Foundation Open Society Institute in Pakistan. He had practiced law in Pakistan both at the trial and appellate levels for 19 years, and had formerly acted as a special prosecutor for the National Accountability Bureau (NAB) as well.

Being a senior lawyer, Arif was associated with the HRCP for over 30 years, during which he led several high-profile fact-finding missions to KP, Gilgit and Balochistan, the organization informed in a statement. 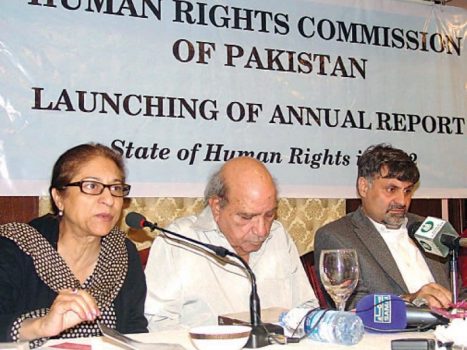 “He had trained numerous activists in international human rights law; and remained a staunch advocate against custodial torture and the death penalty,” the statement read. The commission also paid tribute to his wit, humour and erudition.

“Kamran Arif represented the HRCP at several international human rights forums,” former HRCP chairperson Zohra Yusuf told Voicepk.net. He was a former bureau chief from Pakistan of the South Asians for Human Rights (SAHR). “He was well read, knowledgeable and friendly,” she added.

Yusuf said Kamran Arif was an extremely good photographer as well, and used to share his work on social media.

Another former HRCP chairperson Afrasiab Khattak said that he was extremely saddened by the death of his ‘dear friend and colleague’ Kamran Arif.

“We worked together in HRCP for a long time. He was a very intelligent and pleasant human being who will be missed by many,” he said. 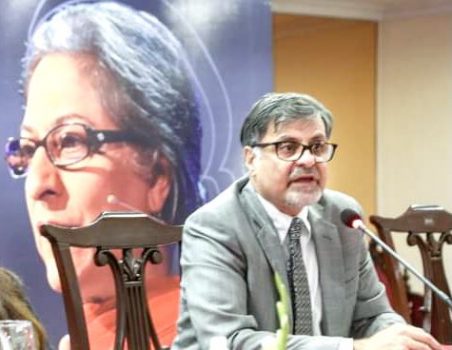 She said his demise is a huge loss to the human rights community around the world. “He honoured Asma’s memory by being a mentor to the AGHS,” she added. Arif had also participated on the panels of the Asma Jahangir Conference for 2018 and 2019.

Speaking to Voicepk.net, Council member of HRCP, Zaman Khan, praised the late human rights defender’s tremendous contribution towards unearthing detention centres in KP as part of a fact-finding mission of the HRCP.

“He highlighted the plight of the Afghan refugees in Pakistan as well as the agony of the internally displaced persons from the military operations in the tribal areas,” Zaman Khan said.

Former Senator of the Pakistan People’s Party, Farhatullah Babar, called Arif’s death ‘a great loss not only to his freinds and family but also for all defenders of human rights’.

Senior journalist and activist Beena Sarwar also mourned the loss of a great peace activist. Kamran Arif was one of the earliest members of the Pakistan-India Peoples’ Forum for Peace and Democracy (PIPFPD), she recalled.

Kathy Gannon, the Associated Press News Director for Pakistan and Afghanistan, said Pakistan had lost a true champion of human rights. “With the HRCP, he worked tirelessly to give a voice to the voiceless,” she said, adding that he was a ‘brave, kind and compassionate person’.