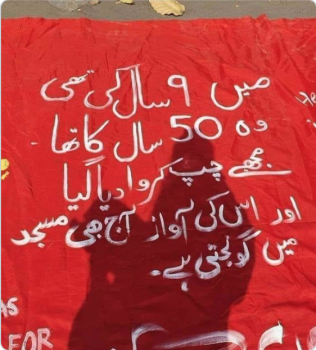 WAF registered its shock and regret over certain conservative misogynist elements misconstruing a poster narrating the sexual abuse faced by a woman at the age of nine by a cleric as blasphemy. The organization posited that one woman’s traumatic experience was needlessly taken out of context and incorrectly interpreted as a criticism of the Prophet’s (PBUH) marriage to Ayesha, and rather it is those who have interpreted the poster as such to have committed blasphemy.

The group also further denounced malicious efforts to paint the women’s rights movement as part of an ‘anti-Islamic foreign agenda’, referring to a doctored image of the Women Democratic Front (WDF) flag being waved on stage at the Aurat Azadi March in Islamabad. A mirrored version with colors slightly tweaked to resemble the French flag was disseminated online as proof that not only the movement was backed by a nation that has garnered much international criticism for being anti-Muslim. 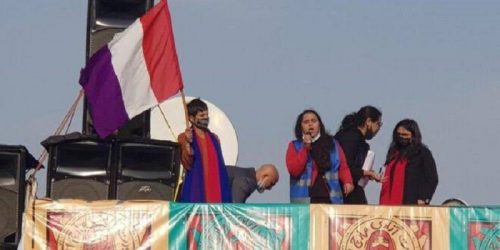 WAF asserted that the online hate campaign invited violence against Aurat March and Aurat Azadi March participants and organizers, which under the secular and Sharia laws of Pakistan are serious offenses. The organization urged the Government of Pakistan and relevant authorities to ensure the safety and security of all citizens, maintain law and order and take responsible action against those responsible for the vilification campaign.