In a national conference, eminent speakers from Pakistan’s minority community came together to discuss the issue of forced conversions, and how they could be prevented. The conference was organized by the Centre for Social Justice (CSJ) and the People’s Commission for Minority Rights (PCMR) with Voicepk.net as an official media partner. The session was moderated by Munizae Jahangir, Editor-in-Chief of Voicepk.net.

The conference opened with Peter Jacob, Executive Director of CSJ and Chairperson of PCMR who stated the dismal number of cases of forced conversions that have taken place in the past.

Hindu and Christian minor girls from both Sindh and Punjab,” he said. “This only shows that the women from the minority community are extremely vulnerable to such gender crimes.” However the crime of forced conversion has not been limited to just Hindus and Christians in fact all religious minority communities have been affected.

Jacob added that at least 46 percent of the girls who have been allegedly converted were below the age of 18, while the age of 37 percent was not mentioned in the reports. Only 16 percent of women were more than 18 years old.

He added that a sudden increase had been seen in 2019.

“Among the districts, Bahawalpur district topped the list for its cases of reported conversions – around 21, followed by Karachi and Lahore,” he said.

The conference’s keynote address was made by veteran human rights lawyer and the former Special Representative of the UN Secretary-General on human rights defenders, Hina Jilani. Jilani mentioned that a growing pattern of religious intolerance was to be seen in Pakistan and said that the space for various freedoms in the country was shrinking fast and that this was damaging the very fabric of society while undermining democracy. 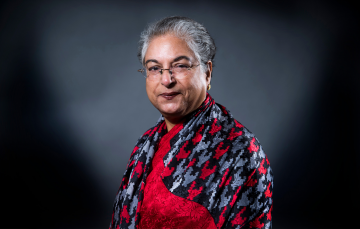 “This is putting the lives of already marginalized communities of religious minorities in grave danger,” she said. “Prioritizing religious freedom is not only a human rights obligation but it also assesses space of liberty, freedom and justice for those who are excluded and the government of Pakistan must roll back this violence and oppression. The government must wake up to its responsibility in protecting the rights of minorities.” 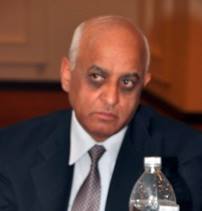 Discussion the legal framework as well as about policy making, he said that victims and their families had little legal aid and support when it came to forced conversions. He said that the minority community was discriminated against when it came to implementation of law.

“While Article 25 says there should be no discrimination, Article 4 commands the entire constitution to be protected by law and the law has to be applied on every citizen including the minorities,” he said adding that this was not being done. “Former Chief Justice of Pakistan Tasadduq Hussain Jillani in his suo moto in 2004 gave several directives but none of these have been implemented.”

He also said that there were several laws where the ages of girls overlapped. For instance the marriageable age of Sindh for girls was 18 years but in all other provinces it was 16 years. he said the NADRA certificate should be what determined the age and that marriage should not be conducted before 18 years for both girls and boys. “In many countries like Indonesia, Malaysia and Bangladesh the age has been declared as 21 years,” he said.

Regarding the problem of forced conversions, he said that it was unfortunate that the Sindh assembly had approved a Bill but it was rolled back by the government despite numerous cases of forced conversions in Sindh. “However it was a landmark judgement that I have seen in my 47 years, whereby the Karachi High Court has declared Arzoo a minor; It is the first time this has happened.” He said that it is necessary that for verification of the age, presence of free will should be required by senior civil judges in such cases.

He questioned as to why laws regarding minorities’ issues were being vetted by the Council of Islamic Ideology (CII). “These are not the matters of an Islamic council. There is not even one minority member on their board so they have no legal right to make decisions for us.” (The CII is being consulted on the Bill for Forced Conversion). Kohli said that such matters should be discussed in the parliament only.

He also said that the constitution must be implemented including Article 36, and Article 33. All shamshan ghaths, and temples that had been encroached upon after 19477, must now be restored to the minority community

“All pending and future cases must be investigated under Section 498-B and other provisions of the Pakistan Penal Code,” he specified.

Advocate Bhagwandas from the Sindh High Court was also on the panel and he spoke about how cases of forced conversion were botched from the very beginning since ground work was not solid.

“Our FIRs are not registered under the child marriage act, instead they are registered under 365-B which is mainly regarding abduction for marriage. The judge does not determine the age, only asks if there was forced marriage or not and the victim and culprit both say it was not,” he explains. “So the judge ends up releasing an interim order not to arrest anyone. For three to four months afterwards, the girl does not get to appear in court. The High Court quashes these cases,” he said. “The Bill has been promised to us by the Prime Minister and PTI lawmakers.”

Bhagwandas said that when a Hindu girl has been forcibly converted into a Muslim she undergoes immense pressure.

“A statement was never recorded in the Rinkle Kumari case, for instance, as she never managed to do so,” he said. “When the girl comes to court she is surrounded by crowds, her relatives aren’t allowed inside. Even women police who surround her work on her saying that if she is a Muslim she cannot change back otherwise it would become bad for her. In other situations, the girls feel they have too much ‘responsibility’ or climb up the social ladder. Kavitha Meghwar ended up marrying a person from the Syed community and they later told her she would be known as ‘bibi’ now. She could not give that up.”

As a result many Hindu communities do not say anything because they have other daughters also who need to be protected but many of them withdraw their girls from school.

Pushpa Kumari, Member of the Sindh Human Rights Commission, stressed that minorities’ susceptibility to forced conversions is very much related, among other factors, to social and economic vulnerability. She said that religious minorities are often marginalized and segregated due to their low socio-economic status, poor health conditions; and low literacy. 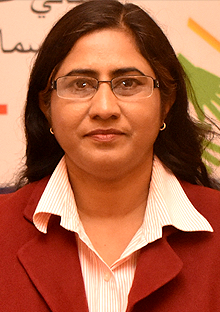 Highlighting the psychological impact of forced conversions, Dr Heera Lal Lohano, a Consultant on Emotional and Behavioral Health, elaborated that faith conversion and marriages of minor girls pose serious implications to the psychological wellbeing of the victims, families, and the society at large. He further explained that “Forced Conversions could result in negative mental health outcomes which include but not limited to anxiety, depression, negative self-esteem, distress, hopelessness, loneliness, distress, behavioral and other emotional difficulties”.

Bishop Emeritus of Lahore Alexander John Malik, said that the abduction was only one part of the forced conversion. “That’s the first part, the conversion is the second part to legitimize the abduction, then comes marriage and the fourth part is the trafficking of women,” he said. 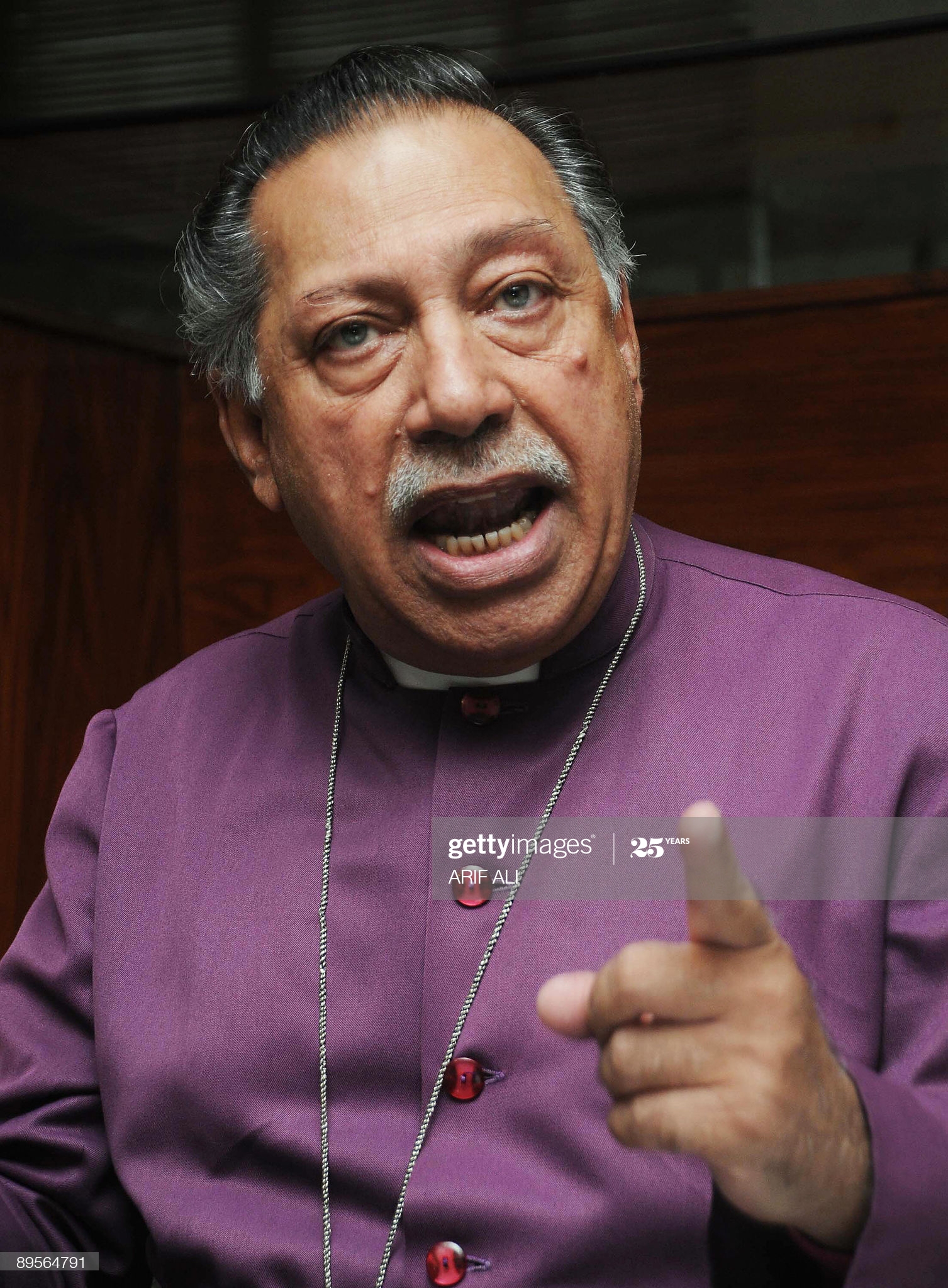 “If people are so keen to convert non-Muslims then why don’t the men adopt them as daughters or sisters? Why not have men being converted too? How can an underage girl make a decision about conversion?”

Meanwhile lawyer Saquib Jillani said that he was part of a two member committee which had made a draft to ensure that all bodies must have a statute. “The cabinet’s decision to make a toothless minorities’ commission is a violation of CJP Jilani’s directives,” he said. “Dr Shoaib Suddle has filed a case in the Supreme Court in this regard.”