What started out as a harmless rally of students at the Charing Cross on Friday, November 27, ended in total disorder. An arrest order issued on Thursday against student leader Ammar Ali Jan pushed the police into action and an attempt was made to arrest him.

The Students’ Solidarity March which also took place last year in 2019 has been a brilliantly dynamic movement after years of social stagnancy. Under its banner young people united overcoming divisions and personal motives, all with a common agenda – of improving students’ lives. Last year the movement was spread across Pakistan in several urban centres with Lahore being the epicenter of activity.

This year although less vigourous because of the pandemic, the vibe remained the same, while the demands also overlapped last year’s: the restoration of student unions, provision of free education, establishment of harassment committees on campus and the provision of standard internet throughout the country.

Inside sources say that some of the students who were part of the march, particularly those who were leading it had been receiving mysterious phone calls days before the march itself. The unknown callers would threaten them and warned them of dire consequences if the march took place.

As the rally proceeded, uniforms began to gather at the site. For any Pakistani, the sight is usual. The presence of police or Rangers over the years on the streets even during a silent demonstration brings little surprise to the general public. Their appearance at such a scene is usually presented with a façade of providing protection to the public, but in actuality is often rooted in other reasons.

At the end of the protest demonstration however, as a few from the inner circle left, they noticed their car was being followed by the police – student leader Ammar Ali Jan was one of those in the car. The police caught up with them at one of the traffic signals and took them to the police check post, reportedly being very rude to them including the women. However, Ammar Jan and the others negotiated with the police about appearing before the SHO of Civil Lines police station in a matter of two hours but they went underground instead. 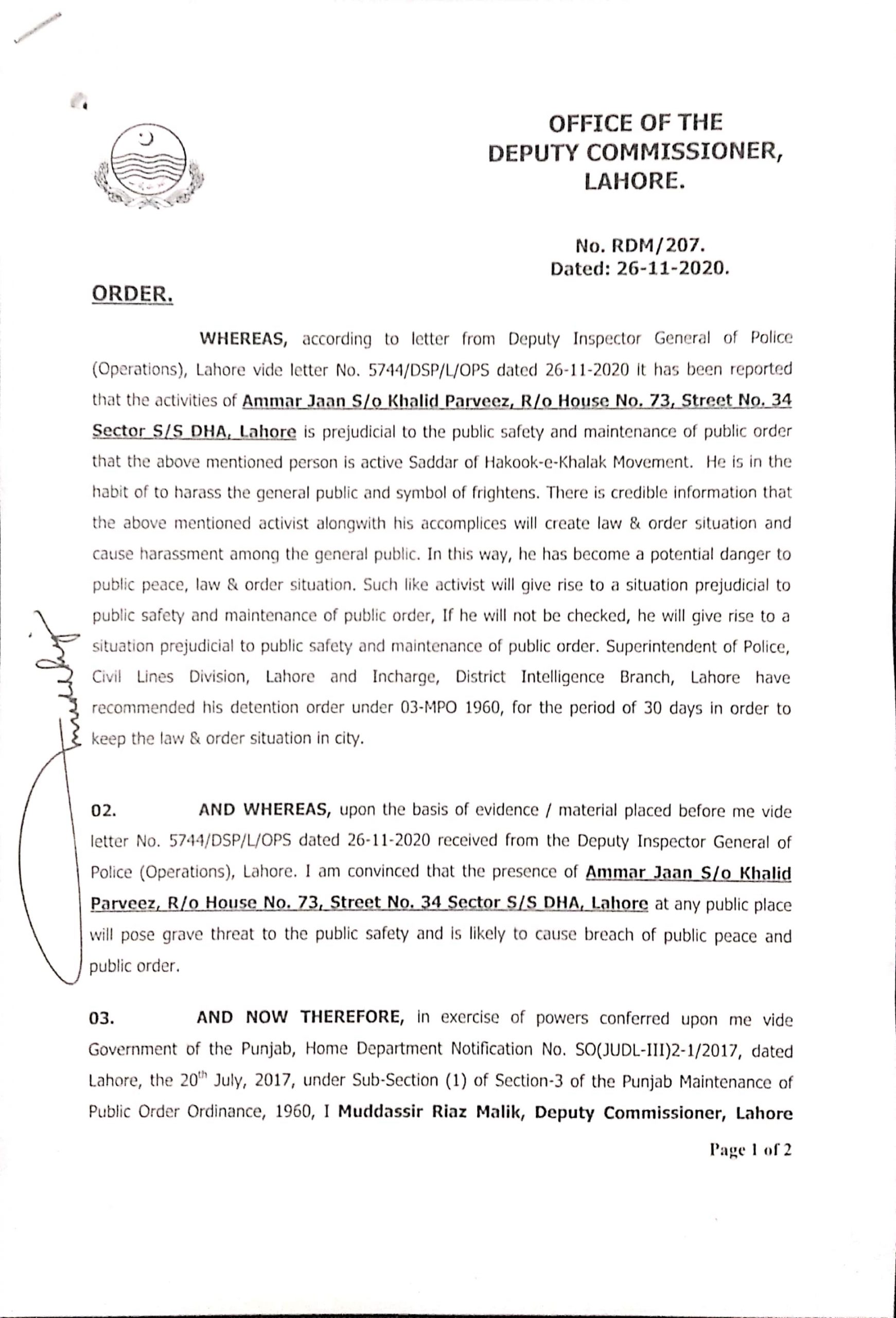 Though a letter was out and Ammar  evaded the arrest, the matter remains unresolved and has moved to court with him planning to seek pre arrest bail on Monday and is expected to be represented by human rights activists and lawyers Hina Jillani, Asad Jamal and Rabbiya Bajwa.

Ammar Jan’s arrest orders were issued by the Deputy Commissioner, Lahore, on Thursday under Section 3 (power to arrest and detain suspected persons) of the Maintenance of Public Order Ordinance. According to the order, Jan was a “potential danger to public peace, law and order situation” and must be detained “in order to keep the law and order situation in the city”. Under the charge, the activist is to remain under arrest for 30 days.

The fact is, the kind of oppression that has been meted out to students has proved that the State has refused to acknowledge their problems, their issues and what their demands are. It has refused to make life on educational institutes easier and convenient for them, so that their entire focus lies in excelling. The Prime Minister or whosoever calls the shots, has failed miserably it seems in giving students their basic rights. As the cracks in the education system begin to show, the State’s priorities too are revealed as are its intentions for young people. 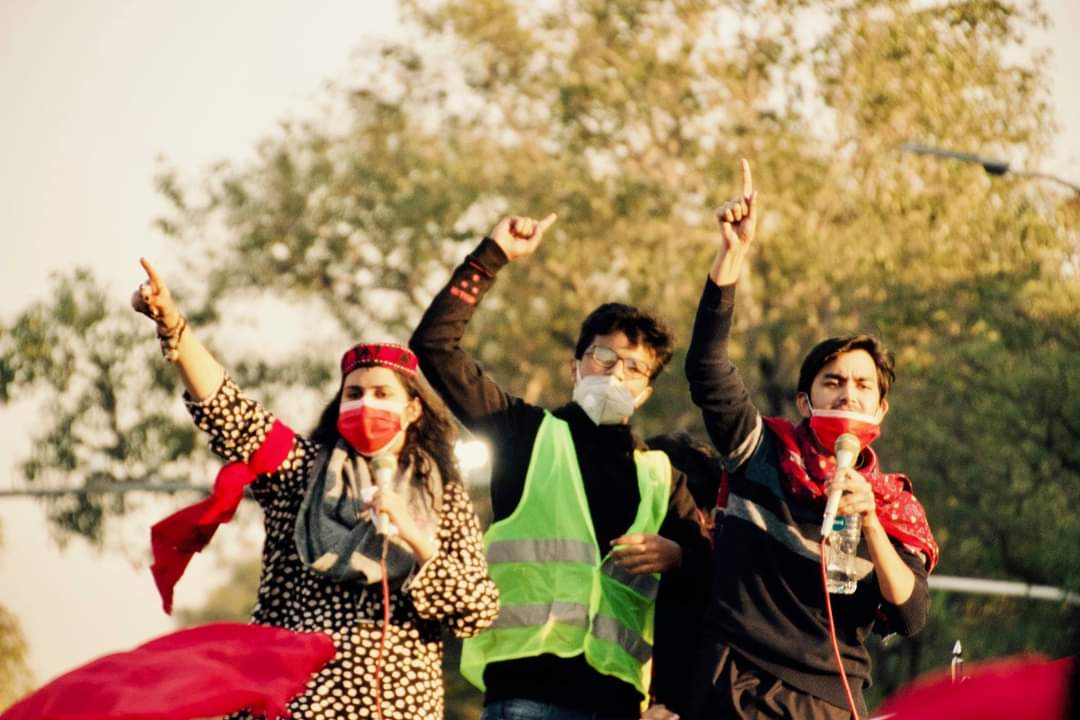 The youth who have a clear vision for their own future are seen as a threat in the eyes of this State and especially this government. They are cracked down upon, arrested, imprisoned and their lives made a living hell whenever they want to exercise their constitutional rights and demonstrate or protest against something.

Prime Minister Imran Khan recently said, ‘I Am Democracy’, but in context to what is really happening under his rule, this seems like a joke. It would be laughable if the situation was not such a miserable one.