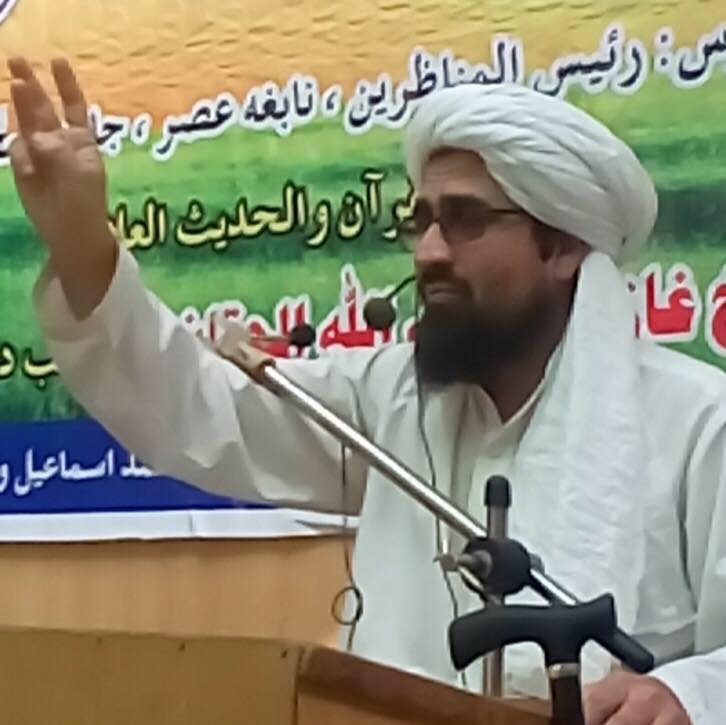 Sheikh Rahimullah Haqqani, the administrator of Dir Colony’s Madrassa Zubeiri was reportedly injured in a blast on October 27, and has blamed khwarij (secessionist) elements behind the bomb explosion targeting him in a video posted on his Facebook page on October 28.

Sheikh Rahimullah Haqqani is an Afghan national from the district of Pachir Aw Agam of Nangarhar province bordering Pakistan, according to local news reports. Haqqani, said to be a scholar of Hadith literature, received his religious education in Deobandi madrassas in Swabi and Akora Khattak. The blast in the madrassa targeting the Afghan cleric was a second such attack on the Afghan cleric. Local sources say Sheikh Rahimullah Haqqani has been target of assassination attempt but had escaped unhurt as gunmen opened fire on his convoy on Peshawar’s Ring Road in 2013.

According to unconfirmed local news reports, Sheikh Rahimullah Haqqani was once affiliated as a member of the Taliban military commission in Nangarhar province. He was imprisoned by the US military forces in Afghanistan at the Bagram jail for many years. Local sources say Haqqani has been living in Pakistan for the past nine years. He has headed the Madrassa Zubeiri since its establishment some six years ago. The madrassa has a sizable number of Afghan students and teachers.

News reports say Haqqani is quite a vocal speaker against the school of thought affiliated with the Salafi and the Daish. Sheikh Rahimullah Haqqani has dedicated facebook pages and youtube channel with following in thousands. According to students, the Afghan cleric enjoys popularity in Afghanistan and Pakistan. The facebook pages and youtube channel has several videos of the Afghan cleric speaking on Hadith literature and religious issues connected with Deobandi and Hanafi school of thought. In his recent video, Haqqani refers to the attack on him as the work of the Khwarij and relates how the secessionists have waged war against Islam since the time of Caliphs Usman and Ali. The facebook page has 152,000 followers and his recent video has been viewed 358,000 times since being uploaded on October 28.

The Human Rights Commission of Pakistan (@HRCP87) announced that Usama Khawar has been awarded the IA Rehman Research Grant for 2022.

Usama Khawar, a lawyer by profession, will study the occupational health and safety of labourers in stone-crushing factories in Punjab.

The inquiry recommends punishment for staff found guilty of violating rules or involved in extortion and harassment.

Sehwan hospital is overwhelmed as hundreds seek treatment for water-borne diseases after the devastating floods.

Doctors at the emergency ward report seeing 300-400 patients, many of them children, suffering from malaria and diarrhea.

A disabled young man, featured once on PTV for his courage and perseverance, was accused of blasphemy and drowned in a pond by his accuser in Mirpur Mathello, district Ghotki.

Police baton-charge at a students rally in #LowerDir

The students, protesting against BISE Malakand for awarding them low marks in the intermediate examinations, alleged that many of them were failed on purpose to collect money for reappearing in exams.