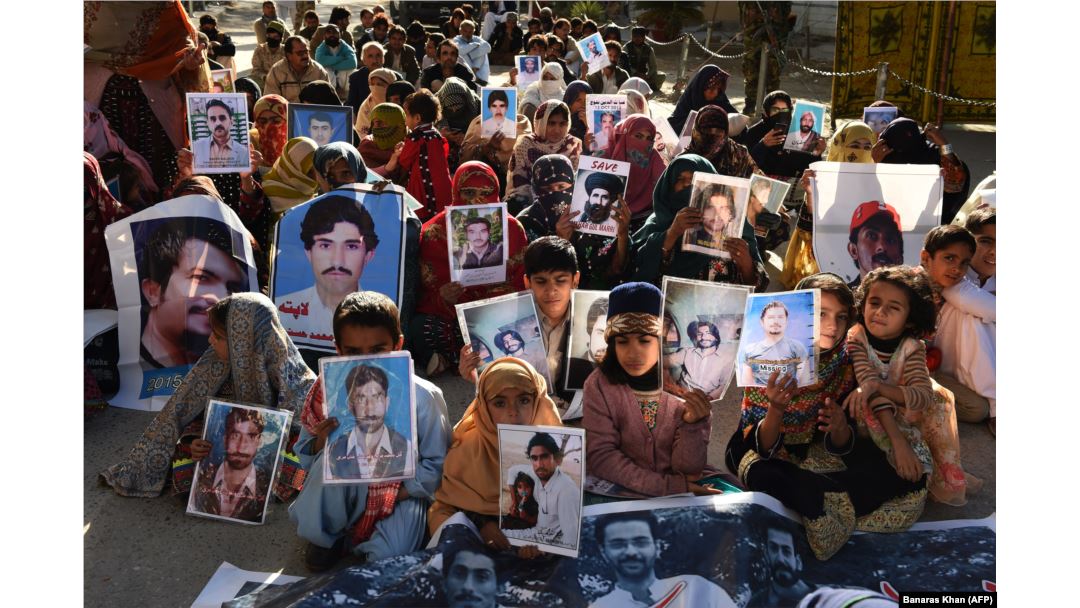 Chief Justice Athar Minallah of Islamabad High Court has observed that it is a matter of embarrassment for the state to admit that elements within it are forcibly disappearing people as senior lawyers said the failure of the State to honour verdicts of a court did not bode well for rule of the law in the country.

The court summoned the interior secretary and the finance secretary to appear on October 19 while hearing a case of contempt of court proceedings about the recovery of information technology (IT) expert Sajid Mahmood. The chief justice also ordered for bringing a cheque for the affected family.

Additional Attorney General Tariq Khokhar informed the court that he had nothing to do with any delay in this case. The chief justice said that the court dealt with these cases very carefully and it did charge everyone.

“The state has acknowledged its failure, you have acknowledged that this is a case of enforced disappearance. When you are responsible, you have to compensate this family for the failure of the state,” the chief justice said. “The court will go to every level to enforce its order.”

Following the disappearance of Mahmood, the IHC had ruled in 2018 that the government should bear the expenses of his family till his recovery. The court had also imposed fines of Rs100,000 each on the defence secretary, chief commissioner, inspector general of police, district magistrate and Rs300,000 on the then Shalimar police station chief. The contempt petition contended that despite the passage of more than two years, the court orders had not been complied with. The family of the missing person had requested the court to initiate contempt proceedings against the parties.

Speaking to Voicepk.net, Abid Saqi, vice chairman of Pakistan Bar Council, said it was unfortunate that the State was not honouring orders of the court regarding compensation to family members of a victim of enforced disappearance. Saqi said the courts only have the powers of declaration, adding that a court could not go physically and have its order implemented. “It’s the responsibility of the State under the Constitution to honour the verdicts of the courts,” Saqi said. Under the Constitution, all organs of the State have to aid the implementation of the verdicts by the Supreme Court and High Courts, he added. According to the PBC vice chairman, Chief Justice Athar Minallah’s orders on compensation should be implemented.

Amjad Shah, the former vice-chairman of Pakistan Bar Council, said that the issue of enforced disappearances in the country was the worst in the world. “It’s not the FATF as the government says but the enforced disappearances that are becoming our biggest problem,” Shah said. “It’s a bubble waiting to burst and destroy our country,” he added.

Addressing a webinar org­anised by the Interna­tional Institute for Justice Exce­llence, The Hague, Chief Justice

Athar Minallah said a judge must learn not to fear or to be influenced by the content on social media platforms.

Speaking about the impact of social media on decision making by a judge, he said, “In this age of technology a judge cannot avoid direct or indirect access to social media and receiving information about happenings on social media platforms. It undoubtedly offers many advantages but simultaneously it has given rise to enormous challenges.”

Justice Minallah said the relevance of social media and its challenges in the context of independence of the judiciary and independent judges were rooted in the assurance that a judge would be protected against improper influences, pressures or threats while discharging judicial functions. He said that the political forces also made attempts to influence judicial proceedings and judges, adding that the dignity and integrity of an independent judge were not so frail and vulnerable so as to be harmed by a tweet on a social media platform.