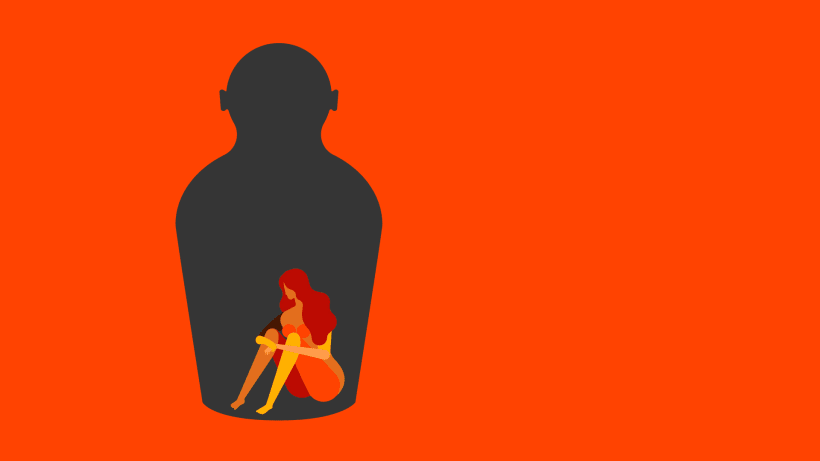 A 17-year-old girl and resident of Rawalpindi who was stripped naked, sexually assaulted, and filmed during the assault have suddenly withdrawn her statement in which she had accused three drunken men of gang-raping her at knife-point and posting the video online. Whereas she had previously named and accused all three men in front of the magistrate, her latest statement before the Additional District and Sessions Judge reads: “I have no dispute with these men. The video was made viral by unknown people. I don’t want to proceed with the case any further. I have no objection if the court decides for their acquittal or bail”.

On July 15, Waris Khan Police Station registered a First Information (FIR) under Sections 354 (assault on a woman with the intent to outrage her modesty), 509 (insulting modesty or causing sexual harassment and 34 (acts done by several persons with common intention) against “intoxicated young men, who stripped a 17 year old naked and made a video,” near Saidpuri Gate in the Rawat Police Station’s jurisdiction. The statement of the victim was recorded on 22nd July after several efforts to trace her.

But the forensic report of the incident has faced a delay as usual due to the backlog at the Punjab Forensic Science Agency (PFSA), the only functional forensic lab in all of Pakistan.

According to news reports, the victim approached the Banni Police Station immediately after the incident, but the police only took action after coming across the video on the internet after it went viral on social media.

In her initial statement, the teenager said she was returning late night from her work at someone’s home when the three men gang-raped her at knifepoint and also made a video of the assault. She also informed that she comes from a poor family and is the sole breadwinner for her three young brothers.

Although the two accused were arrested immediately after the FIR was lodged, they obtained pre-arrest bail from a lower court. The investigation later produced a third suspect who had allegedly recorded the video. He was also arrested by the police after “multiple raids”, but was granted bail by the court until August 21 against a surety bond of Rs50,000. The interim bail of the other two was also extended.

The case has strange twists though. For a brief period of time, the teenager went missing.

Exactly 32 days after the accused were arrested (during which time the teenager herself had gone missing) it was bewildering that she suddenly appeared in court along with the accused and not only changed her statement, but denied any connection with the main suspect, Arsalan who can be seen clearly assaulting her in the video. Whereas in her previous statement, she had clearly identified Arsalan and Mohsin as the culprits.

While she was missing, the locals tried tracing her and said that the victim had not been seen around the neighborhood before and does not have a place of residence there either. It was even said that she had sought shelter with some Khwaja siras for a while after the incident occurred. She only reappeared infrequently to record her statement with the police and lawyer.

But a few neighbors are of the view that Arsalan’s family forcibly took her to their house the night before she had to appear in court to record her statement, and most likely paid her some sum of money to deny her initial accusation.

In an exclusive interview with journalist Irshad Qureshi, the girl disclosed that she was under threat from Arsalan and was afraid he may have her kidnapped. She had also demanded protection from the judge. But later she refused to discuss the matter with reporters after her refusal to take legal action against the accused.

Legal experts say that her latest statement could be a distortion of facts. Even if she has given in to pressure, they say, the court holds the authority to divulge the truth and provide justice and protection to the victim.

“Rape and sexual harassment are the most heinous crimes and are not only non-bailable but also non-compoundable,” explains Advocate Raja Nazir. “Since there is no other way to find relief from such an accusation, it is not unusual for the accused to pressurize or bribe the victim into withdrawing their statement; in fact, it is the easiest way for the accused to seek bail or acquittal. But with such cases on the rise all across the country, courts should be more considerate of how and under what circumstances and condition the victim is giving or retracting her statement. It is important for the state and judiciary to provide protection to such victims and hold the accused accountable.”

Shockingly, another twist of events seems to point out that this is not the suspects’ only victim.

In addition to being accused of raping this girl, the same two culprits have also been accused of sexually assaulting an 11-year-old child, who also happens to be Arsalan’s nephew. In this case, investigations were still underway, but the two families suddenly decided to call a truce and stop all legal proceedings. The family of the victim also refused to talk to the media regarding this matter.

Meanwhile, an FIR has been lodged at Kallar Syedan police station (Rawalpindi) for the rape of a 19-year-old. The rapist, who is a close relative and neighbor of the victim, has been arrested.

According to the victim’s statement, the girl was sexually assaulted by her neighbor multiple times; when the incident first took place, she complained to his mother who quickly silenced her and warned her not to inform anyone else. Sometime later, he assaulted her again after which she realized she was pregnant. The rapist’s female relatives then forcibly took the rape survivor and had an abortion carried out to get rid of the fetus, threatening to blame her younger brother for the heinous act if she spoke a word to anyone. Out of fear, the girl’s brother ran away from home and eventually ended up informing the police a few months later. Police then took swift action by recording her statement on Sept 13, 2020. The survivor will be taken to Lahore tonight for forensic testing.

The victim comes from a low-income family and lives in a slum in the outskirts of Kallar Syedan; according to her statement, her father has passed away and her mother is mentally unstable. The family survives on charity and help from neighbors. The girl does not even have a B-form or an ID card from NADRA. According to the police, incidents of rape are common in the area.

Cases of rape and sexual violence continue to increase at a time when the public, especially women are outraged after the motorway incident. Nationwide protests have also sparked an official debate over how to tackle the issue; while many parliamentarians are busy debating whether a rapist should be publicly hanged or chemically castrated (as suggested by the PM), many others have raised concerns to address the root of the problem: why is our society raising rapists?

MNA from the ruling party, Shandana Gulzar said that according to a study conducted by the organization War and Rape (WAR), at least 82 percent of rape perpetrators are family members, including fathers, brother, grandfathers, and uncles of the rape survivors. She said that the girls who get pregnant after being sexually assaulted by their family members do not approach the police, but are pressurized to get an abortion and deny all charges against their male family members. She urged that the government and the nation as a whole to address the root causes of rape rather than focusing solely on the punishment of the criminals.

Additionally, in a fiery address in the parliament, the Federal Minister of Human Rights, Shireen Mazari urged the society to respect a woman regardless of her role as a mother, wife, sister, or daughter. While displaying frustration over her fellow male parliamentarians’ insensitive attitudes, she stressed upon the fact that a woman does not have to be related to a man to deserve respect. “If a man cannot behave himself around women, then he should be kept at home rather than telling women to stay at home…the constitution doesn’t give me fundamental rights for being a mother, sister or daughter, it sees me as a woman and I should be treated like one”.

She also emphasized the need to challenge the patriarchal mindset of our society. While criticizing CCPO Lahore, Umer Sheikh’s remarks over the motorway incident, she suggested more women be employed in the police force to curb institutional sexism.

Minister of Science and Technology, Fawad Chaudhry made some important remarks too.

“There is a need to bring about systematic reforms. The criminal justice system consists of four phases: police, medical, court, and jail. All four need to be fixed,” he said. “In Pakistan, a conviction in rape cases is only 5 percent…if it was 80 or 90 percent then we could have a debate on the nature of punishment. But unless the culprits are convicted, the discussion on punishment is irrelevant. We need to see a rape victim as a victim of sexual violence instead of blaming her for traveling late at night with little fuel…The ministry of science and technology will play its part by producing cheap “rape kits” to speed up the forensic exams and medico-legal procedures.”