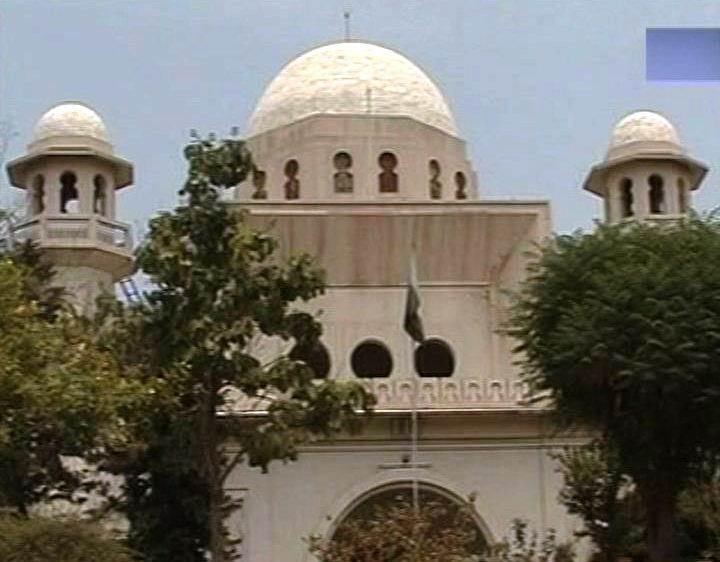 Rawalpindi bench of the Lahore High Court has issued red warrants of Akash Ali, the groom in the alleged same-sex marriage case on Monday.

The case came forward when 16-year-old Neha decided to marry 29-year-old Akash Ali, previously known as Asma Bibi, who now self identifies as a man after a surgical reassignment of sex. The marriage was initially allowed as his CNIC states his gender as male. Neha’s family filed a habeas corpus petition against the two for allegedly engaging in the act of ‘same-sex marriage’, which is a crime according to the Pakistan penal code and Islam.

Akash Ali had failed to prove gender transition in the court of Justice Sadiq Mehmood Khurram as they did not appear before the court or the medical board despite summons and orders.

The court has also ordered to register a case against the suspect under sections of homosexuality, fraud, and deception and issued his red warrants other than keeping the suspect’s name in the exit control list (ECL) and blockade of their national identity card (NIC).

Neha was sent back to Dar-ul-Amaan after a three-hour-long meeting with her parents in the court premises.

Legal counsel of Neha, human rights lawyer, Asad Jamal had tried thrice to submit the power of attorney on behalf Ali Akash but it was not allowed by the court as he was told that the only way he can be Akash’s lawyer is after presenting him in the court after which he was to be arrested.

In the last proceedings of the court, Asad Jamal’s arguments were not heard by the court while the case had submitted her will to be allowed to live at an NGO’s shelter house called ‘Dastak’ but the court did not allow Dastak to have her custody.

According to the petition filed by Neha’s parents, Akash Ali previously known as Asma Bibi had been residing at Neha’s family home for three years “due to cordial family relations” which is when they grew close to Neha. After moving out, Akash remained in touch with Neha who by that time had gotten admission to the same school where Akash taught as a computer science teacher. Neha’s father claims in his petition that upon finding out about her allegedly “illicit” relations with Akash, he withdrew her from the school.

The petition also claims that Akash fraudulently changed his name and gender to fulfill the legal obligations of the nikah nama, which took place on 26th Feb 2020.

Previously, the Additional Session Judge of Taxila had already heard the case on 30th June 2020 and declared Neha sui generis (independent to make her own decision). However, Neha’s father challenged this decision by arguing that the judge had wrongly entertained a “same-sex marriage” because according to him, Neha was minor and incapable of making a well-informed decision.

When the case was heard again on July 15, 2020, at the Lahore High Court Rawalpindi Bench, Justice Sadaqat Ali Khan ordered: “With the consent of both the learned counsel for the parties as well as parties themselves, M.S.DHQ Hospital, Rawalpindi is directed to constitute a medical board to determine whether respondent No.1 Ali Akaash alias Asma Bibi, is male or female by conducting Chromosomal Sex/Gender Determination Test from any Govt. Laboratory and submit a report on 21.07.2020”.

It was initially reported that although Akash agreed to the medical examination under pressure and under the counsel of his lawyer, they later realized that such an examination would be a breach of their dignity (protected under Article 14 of the constitution) and also a violation of the Transgender Persons (Protection of Rights) Act 2017 according to which “A transgender person shall have a right to be recognized as per his or her self-perceived gender identity”.

Ever since then Akash has remained in hiding and hasn’t shown up at any of the court hearings.

After constant harassment and life threats, Akash and Neha decided to end the matter by parting ways through a divorce. According to a petition reply presented in front of the court by Neha’s lawyer, she claims that she married Akash Ali of her own free will because she doesn’t want to live with her family because her father, uncle, and aunt do not want her to continue her studies; they want to marry her off to an older, rich man in order to alleviate their poverty. She specifically mentions the role of her aunt, who wanted to get married to Akash Ali but he declined her proposal.

Allegedly, it is upon her aunt’s instigation that Neha’s father was forced to file the petition against her.

According to Neha’s counsel, Neha felt terribly harassed in the environment her family had created for her, thus the only course of option available to her was to marry and get rid of them. She says she wants to continue her education and wishes to become a pilot. The fundamental reason to marry Akash was to be freed from the oppression of her family. The petition states “Mr. Ali Akash is a transgender man (as recognized by law) and not a female or a woman. He married me to save me from the tyranny of my family. We could never live together in peace. I proposed a divorce to him and have since been divorced so that the harassment he and his family members have been subjected to by the police, my family, and the media would come to an end.”