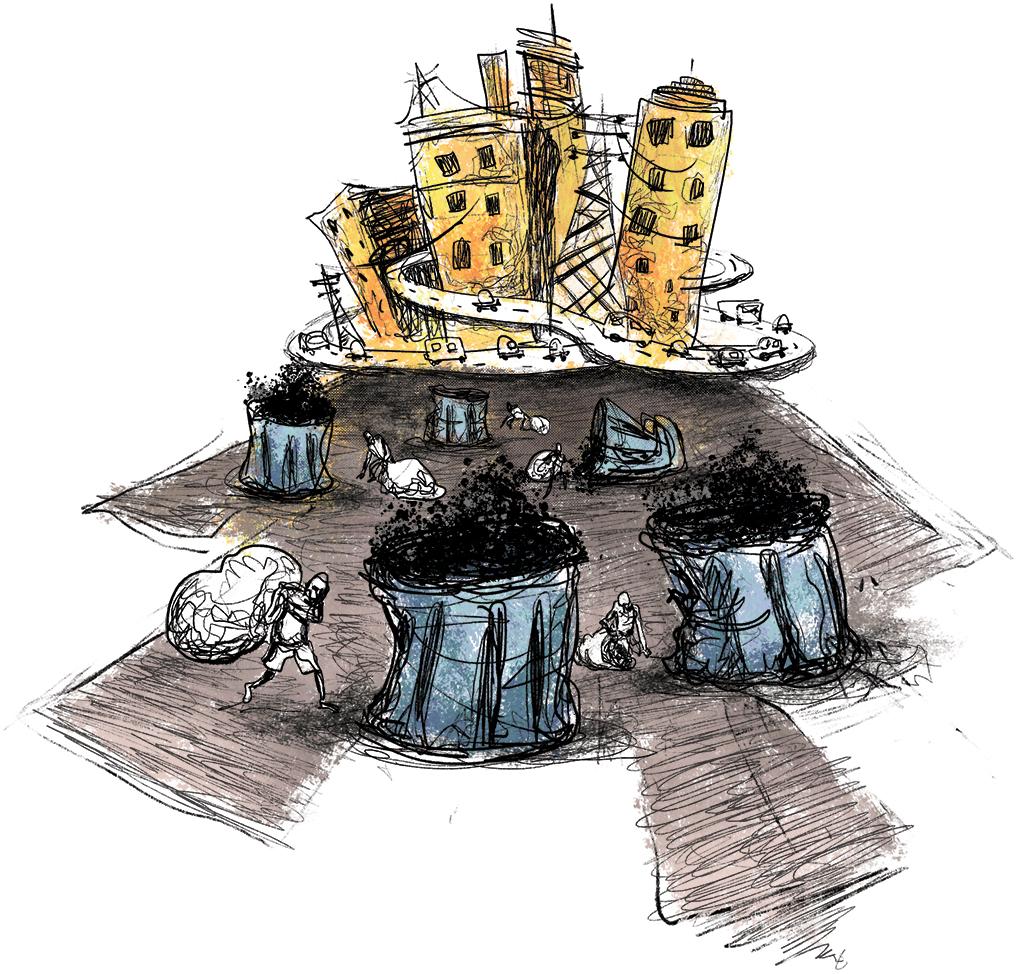 As life trudges on after the lifting of the lockdown, it is the lives of the daily wagers which have been affected most. The Coronavirus may not have infected them all, but it has certainly wrecked their lives in other ways, especially financially. Around the katchi abadis of Islamabad, people’s lives have come to a grinding halt as they are robbed of their subsistence.

If this was not enough, now the rest of the country fears a second wave, yet the slum dwellers are still grappling with joblessness as they slip deeper into poverty. They can neither socially distance in their tightly cramped rooms, nor keep washing their hands without access to clean water. For them, even the pandemic is not as deadly as starvation.

While some are grateful for receiving plenty of ration packets from state authorities and non-governmental organizations during the lockdown, many others complain of being left out entirely from the charity drives. Many of them did not even qualify to be eligible for the Prime Minister’s Ehsaas Fund. Some did not receive any cash despite registration. Even though the lockdown was lifted in the name of the daily wagers, there has been no effective plan put forth by the government to help them with re-employment.

Rafiq, a skilled embroiderer, says his entire life got crushed in a matter of days; he has never felt so helpless before. He used to own a workshop in G-11 Markaz Islamabad and earned almost Rs4000 to 6000 per day. But since March, he has had to shut down his shop, lay off his workers, and find an alternative source of income to pay off Rs70,000 of overdue rent, apart from earning enough to keep his family fed.

Initially, he thought of making ends meet by setting up a fruit cart but did not obtain permission from the CDA. A skilled laborer, he has now ended up selling bananas at a local mandi, from which he barely makes Rs400 to 600 a day. Out of shame and embarrassment, he hasn’t even mustered the courage to ask family members for help. “My kids are growing up now and their needs are growing but I don’t even know how to face them,” he says with a crack in his voice and tears welling up in his eyes.

Rafiq’s brother, Shoaib used to work as a van driver for a transportation company in G-9, but has not been called in for work ever since the lockdown was announced. Exhausted of options, he has now returned to his village and is now driving a rickshaw to afford a daily meal for his kids, if nothing else. From a monthly salary of Rs35,000, he is now barely making Rs6000 to 8000 a month.

While the government has been flaunting about its initiatives to help slum dwellers by claiming to carry out free testing and installing hand-washing stations, none of these programs meet the core demands of the poor. The irony of the trust deficit is such that most residents refuse to get tested over fears of being dragged into unknown quarantine facilities.

According to Karachi-based NGO PILER, it was predicted that informal laborers – which according to labor unions, account for 75 percent of the country’s total 65 million workforce – will be the worst hit. Around 40 percent of these laborers work in the agriculture sector whereas others are in manufacturing and construction.

Earlier in May, Minister of Planning and Development, Asad Umar said that around 18 million people in Pakistan could lose their jobs because of the pandemic, while 20 to 70 million people might fall below the poverty line this year. The opening up, specifically of the construction sector, was apparently supposed to restore jobs for many daily wagers, but the issue remains unaddressed ever since.

This demise is aptly summed up by the 2020 Goalkeepers Report released by the Bill and Melinda Gates Foundation.

‘In the blink of an eye, a health crisis became an economic crisis, a food crisis, a housing crisis, a political crisis. Everything collided with everything else. In other words, we’ve been set back about 25 years in about 25 weeks.’

Perhaps, what is more, concerning is the dreadful impact the virus has had on women and children. According to UNICEF, an additional 150 million children have been plunged into poverty ever since March. The number of children living in multi-dimensional poverty across the world has risen to 1.2 billion.

The new analysis, which was done by the UNICEF and child rights organization, Save the Children reveals that the number of children living in multi-dimensional poverty – without access to education, health, housing, nutrition, sanitation, or water – has increased by 15 percent since the start of the pandemic.

According to Sabira Qureshi, the founder of Pehli Kiran Schools that provides free education to children from transient communities, hundreds of kids dropped out of school as their families took them back to their villages. When the pandemic hit, many parents who were employed as domestic house help were laid off without being paid. As the families could no longer afford to pay rent nor survive the price hikes in basic commodities in the capital, they migrated back to their rural homes.

For Ms. Qureshi and her team, the pandemic has set them back by years; whereas it was already difficult to convince many families to send their children, especially girls, to school in the first place, she is concerned that their poverty might now derail them permanently.

Due to increasing household debt and uncertain income prospects, many parents are opting not to send their children to school even if the education is free. In some of the more impoverished bastis, girls aged 10 and above are already being put to domestic work as a helping hand for their mothers.

While many of these families were already living under poor conditions and getting by on low salaries, the pandemic has undoubtedly made their conditions worse. Unless the government devises policies to address the plight of those working in the informal sectors, it will risk putting the lives of millions on the line.