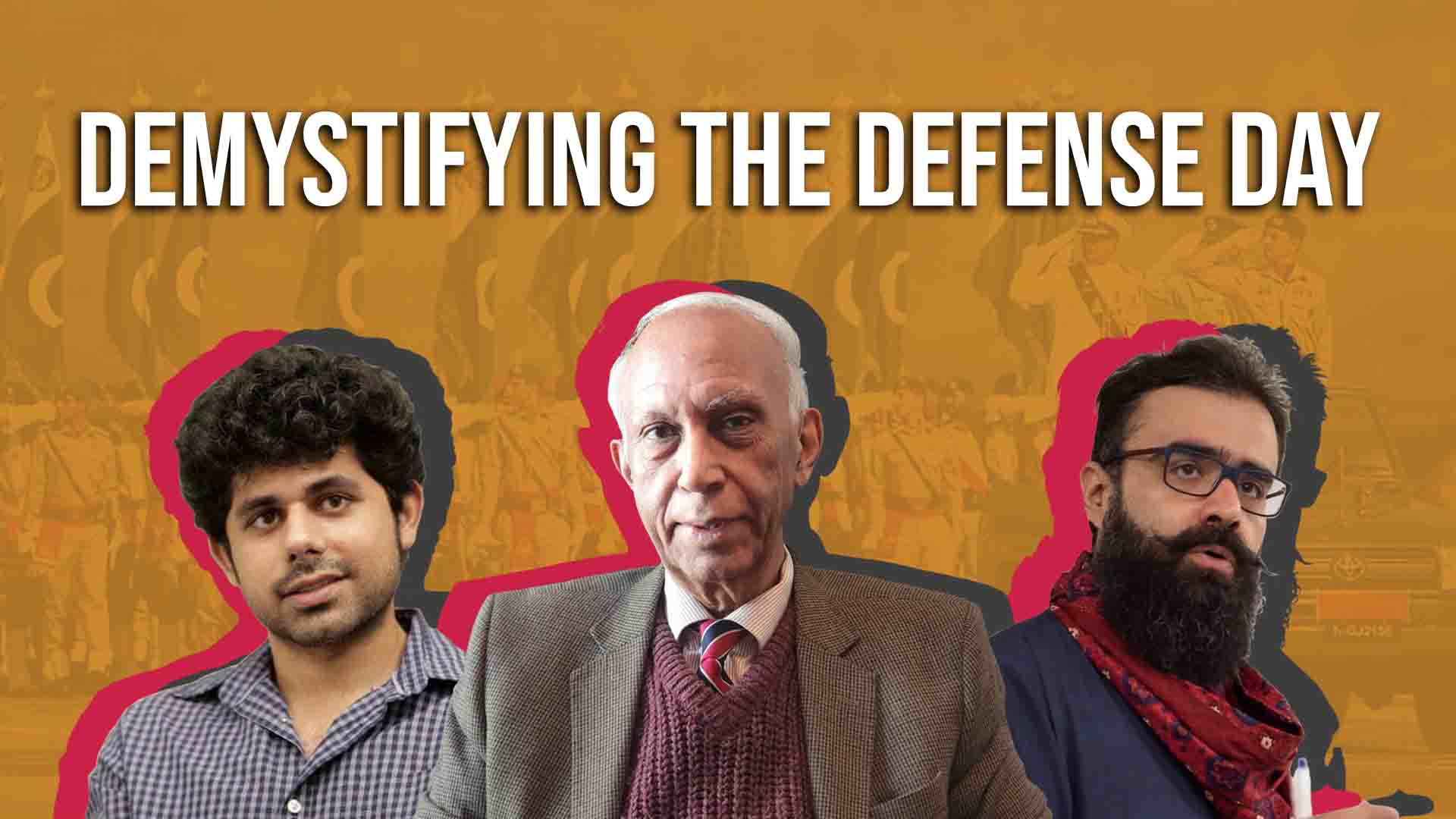 Today the Pakistani nation celebrated the 55th annual Defence day, to mark the military’s defense of the country’s borders against an Indian attack on September 6, 1965.

The day was marked by glorious commemorations:  mainstream media outlets designed special transmissions to pay tribute to the soldiers at the frontiers; spectacular parades by all branches of the military and decorations adorned national monuments. Rallies were organized in almost all major cities. Big wigs of the ruling party showered praises on the strength of our military. Even opposition figures joined in the chorus putting out statements in support of the heroics of the men in uniform.

But in all these statements, speeches, and slogans an important term was missed: ‘Operation Gibraltar’.

Ishtiaq Ahmed, Professor Emeritus Political Science at the University of Stockholm and Visiting Professor at the Government College University & Lahore University of Management Sciences, Lahore, as well as the author of the seminal book “Pakistan – The Garrison State” has something to explain about this operation.

“Operation Gibraltar, named after the Muslim conquest of Spain, was an attack by infiltration,” he says.

“A contingent of Pakistan army regulars was to infiltrate the Indian occupied Jammu & Kashmir region, take over strategic positions and inspire the locals to rebel against the Indian occupation. Gibraltar was the brainchild of the then Foreign Minister Zulfiqar Ali Bhutto and the military dictator Ayub Khan. However, nothing went according to plan. Poor operational execution coupled with the hesitation of Kashmiri locals to rise against their Indian occupiers translated into a gigantic mess. Indian authorities responded by attacking Pakistan’s international border, sparking all-out war.”

Dr. Ishtiaq stresses that the operation was not well planned at all.

“It was clumsily planned: Ayub and Bhutto had miscalculated the Indian response, they were convinced that the clash would remain contained to the conflicted region of Kashmir. Similarly, the intelligence institutions of Pakistan failed to predict a massive Indian retaliation. It was actually the Pakistan Air force which spotted the Indian formations moving towards us after which the heroics, that we love to remember so much, took place.”

“But the entire fiasco was almost immediately mystified,” he adds. “All references to this failed operation were wiped clean and the entire episode was reduced to being a mere act of Indian aggression. I was a young adult at that time. And I organized a brigade of ragtag “Fidaeen” in my neighborhood ready to take on Indian tanks with our sticks and stones. I do not regret doing that but now I am embarrassed about being fooled,” he laughs.

The mystification of military (mis)adventures is something that is not unique to the 1965 war. It a part of the broader ideological narrative of injecting favorable political narratives into the imagination of the masses, something which the State is becoming terrifyingly good at. But such propaganda has an inherent tendency to backfire. Something similar occurred in the immediate aftermath of the 1965 war.

“State propaganda had the population convinced that the Pakistani armed forces were on the verge of a decisive victory against our arch-nemesis. But when Pakistan conceded to almost all Indian demands during the peace agreement at Tashkent, ending the war, the population was rightfully enraged, their dreams of a Fatah-e-Mubeen were shattered because of the self-interest of a compromised ruling elite,” explains Professor Ali Usman Qasmi, a faculty member at the History Department of LUMS and co-author of the book Muslims against the Muslim League: A Critique of the Idea of Pakistan.

“The vision of the war pushed by the State in order to gain the support of the people became the rallying cry for perhaps, the biggest mass movement in the history of Pakistan,” he continues. “Bhutto allied himself with the masses in rubbishing the Tashkent agreement blaming the entire fiasco on Ayub, who became the first military ruler in the history of our country to be pushed out by popular uprising.”

But the State failed to learn its lesson, and subsequent regimes, both civilian and military, kept promoting the same mystified version of the conflict. In 1966, September 6, was declared a national holiday.

“Wars, without any doubt, are momentous occasions in the history of nations,” says Dr. Ammar Ali Jan, activist, and educationist – a Ph.D. scholar from the University of Cambridge. “During times of conflict, there is a heightened sense of collectivity and intense nationalist feelings. The 1965 war was no different. By re-writing history our state has managed to manipulate these genuine emotions of the masses for their interests.”

“If you look closely at how the 1965 war is depicted today you cannot help but notice that the political and historical context of the war is completely absent. The ruling class has been able to hide its policy failures behind the authentic acts of sacrifices made by ordinary soldiers and citizens. And now the state narrative about the war is so entrenched that even progressive members of society are forced to parrot it.”. He explains.

“This excessive amplification of ‘sacrifice’ has displaced serious discussions about the context of the war,” he says. “I am not saying that we should not remember the heroics of the 1965 war. I grew up listening to stories of Major Aziz Bhatti and I still think what he did is worth praising. But these heroics should not be used as distractions to shy away from starting a serious dialogue about the blunders made during that moment in our history. In the end, I would say that we need to break away from this militarized version of patriotism and be able to reinvent a patriotism based on truth, not fiction.”

This Defense day, instead of blindly praising the people who died in the 1965 war let us introspect our own historical failures.  It is the best possible way to respect our valiant warriors who have fought for this country in the past and those who continue putting their lives on the line.