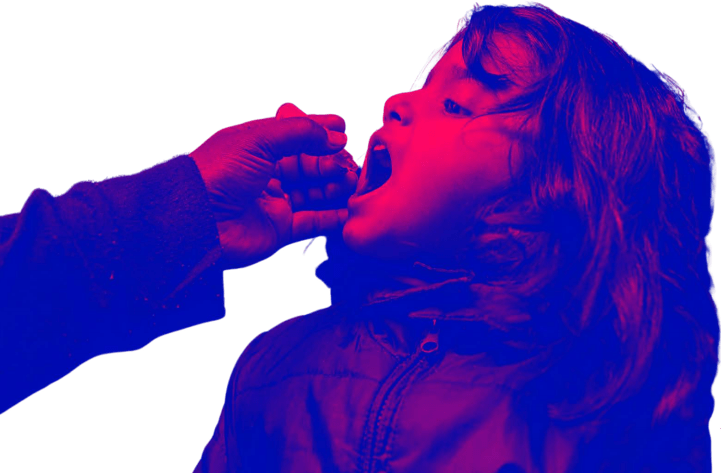 The International Monitoring Board (IMB) of the Global Polio Eradication Initiative (GPEI), in its 18th Report released in July 2020, expressed grave concern over Pakistan’s current standing in the global effort to eradicate the poliovirus, citing ineffective leadership and teamwork of the Pakistan Polio Programme, lack of political unity, increasing resistance from target communities to vaccinations, poor technical performance, gaps in immunization outreach due to the ongoing COVID-19 pandemic, and a severe shortage of dedicated funds to polio-related activities and health bodies.

The report observed that current prospects for polio eradication in the country indicate that “there is every possibility that Pakistan will be the last place on Earth to harbour this terrible disease.” Although the IMB did not doubt the federal government’s commitment to eradication efforts, the sudden resignation of former Special Assistant to the Prime Minister on Health Dr Zafar Ali Mirza shortly after the 18th meeting with the IMB with the Pakistan delegation, and failure to establish a proposed high-level National Strategic Advisory Group as part of the government’s initiative to transform Pakistan’s anti-polio drive to a uniform and non-partisan effort.

Pakistan had gained some strides in considerably reining in wild poliovirus transmissions in 2017 to 2018 due to a rapid, aggressive and extensive immunization campaign, however, an outbreak of vaccine-derived poliovirus (VDPV) in April 2019 managed to undo much of the progress the country had achieved in the years prior.

A child having received an OPV will excrete the attenuated vaccine-virus over a period of several weeks, promoting the spread of the virus in the environment. Moreover, replication within the vaccinated host leads to a genetically mutated virus which is excreted into the environment. An acutely under-immunized population will be at heightened risk of being affected by this genetically altered strain of vaccine-derived poliovirus (VDPV). Greater numbers of vulnerable populations mean a VDPV is able to circulate for longer periods of time, and if allowed to propagate for 12 to 18 months, it may achieve neurovirulence and become what is termed a circulating vaccine-derived poliovirus (cVDPV).

Following the global switch, the use of mOPV2 has been associated with outbreaks of circulating vaccine-derived poliovirus type 2 (cVDPV2) in countries where the type 2 strain had previously been eradicated. In 2014, Pakistan had declared it had managed to completely eliminate the strain, however in 2019 reports surfaced of 12 cVDPV2 cases. In an article published by the international newspaper The Guardian, the outbreak was attributed to mismanagement of vaccines, in which a dose of mOPV2 was mistakenly administered to a child in Rawalpindi.

More concerning was the relevant body’s alleged cover-up of the outbreak under orders of Babar Bin Atta, the then Prime Minister’s Focal Person for Polio Eradication, from the government as well as international donors to the Pakistan Polio Programme, such as the UK’s Department for International Development. According to the report, Atta had initiated a covert vaccination drive in an attempt to contain the outbreak in the region, through delivering poliovirus type 2 vaccines under their type 1 and 3 immunization campaigns.

Atta had assumed the helm of the country’s polio eradication campaign in October 2018, and resigned in October 2019 citing personal reasons. It is widely speculated that his hand in the cVDPV2 outbreak cover-up, as well as severe negligence leading to administrative incompetence and technical inefficiency, were grounds for his dismissal from office. Senator Ayesha Raza Farooq, the Prime Minister’s Focal Person for Polio Eradication from 2013 to 2018, lambasted Atta for ruining the polio programme. It should come as no surprise that the sudden uptick in polio cases recorded in April 2019 coincided with Atta’s tenure as the spearhead of the Pakistan Polio Programme, and the critical failures of the programme then are being suffered to this day.

Unfortunately enough, any and all plans to address the failures of the 2019 anti-polio drive and enhance polio surveillance, outreach and administrative effectiveness in the new year were offset with the spread of the COVID-19 pandemic. Pakistan’s planned immunization days for March 2020 were relegated to July 2020, widening the gap even further. Although the campaign has resumed in South Waziristan and other lower districts in Khyber Pakhtunkhwa, and parts of Quetta and Karachi, COVID-19 restrictions, public fears of the contagion severely reducing outreach, and diversion of crucial funds from polio-related activities to coronavirus funds have exacerbated the troubles plaguing the country’s immunization drive.

Unless radical reforms and steps are not undertaken, the IMB implores, Pakistan is expected to hit 500 wild poliovirus and 1,000 cVDPV2 cases by the end of 2020.