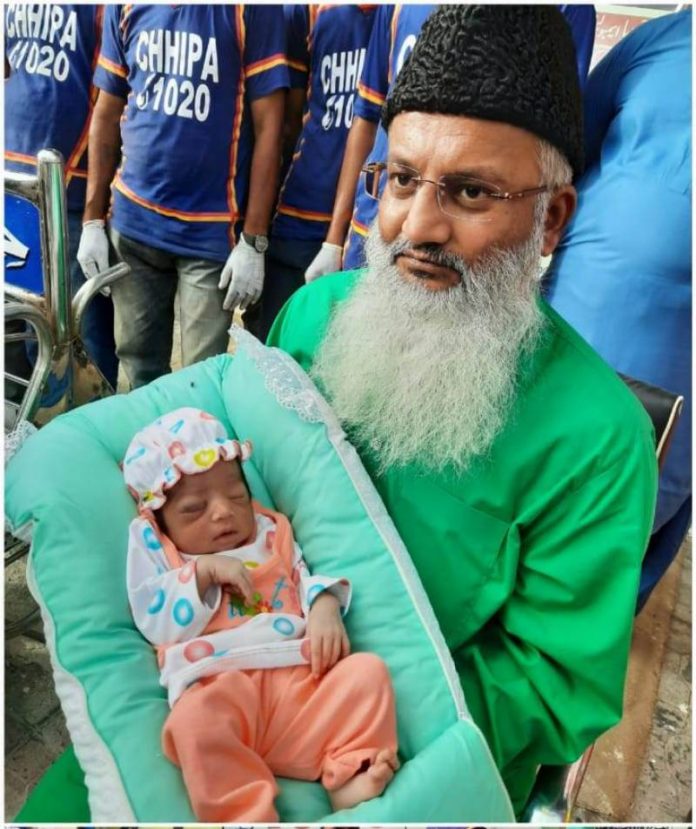 Karachi:  Police have arrested an 18-year old girl and her father for allegedly throwing a  female infant off the second floor of a building in the Baloch Colony area. The newborn baby miraculously survived but was inflicted with a few minor injuries.

The accused have been sent to jail on judicial remand by a local court. Ramzan Chhipa, head of Chhipa welfare association told voicepk.net

that some people informed him that a newborn girl had been found on the roadside, after which she was rescued and rushed to the hospital for treatment immediately.

Chippa said that the infant is now stable and healthy.

Tragically, this is not a standalone incident of its kind. According to Faisal Edhi, head of Edhi Foundation, every month five to six children are found homeless in Karachi. He said that the foundation has found dead bodies of 51 newborns in the last two months.

“For the last few years, there has been a spike in the cases in which people abort their baby girl during the sixth or seventh month of pregnancy,” Edhi added.

Karachi University Professor Dr. Ghulam Mohammad Barfat said that our society is responsible for such incidents, and the misuse of technology is also one of the reasons.

“I think that the state, religious scholars, and the family have a role to play in improving the situation and society at large”, Barfat said.