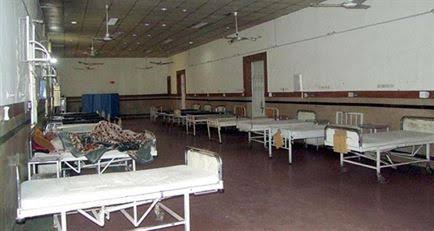 In Balochistan, there has been an increase of about 32 percent in the health budget as compared to last year’s spending on health. This fiscal year 2020-21, the Balochistan government has allocated over Rs31billion for the health sector. But even now, most of the amount that has been allocated for non-development expenditures like payment of salaries and pensions while only Rs7billion have been earmarked for the development of the health sector.

Healthcare professionals have rejected the budget. They said that the allocated money is inadequate to provide better health facilities to the public especially during the pandemic situation.

“In hospitals, we do not even have basic facilities available,” said Achakzai. “Over 300 doctors have been infected from Covid-19 due to lack of PPE kits and safety equipment but the government wanted to buy an air ambulance instead.”

On the other hand, provincial finance minister Zahoor Baleedi said that the government has increased the health budget by 40 percent.

“We have allocated money for various new projects and up-gradation of old health facilities. We are also bringing a health insurance scheme for the employees of the health department,” Baleedi said.

But the citizens are not satisfied with the performance of the public health system. They said that every government claims that it is spending a huge sum on the health sector but in reality, a common man is still deprived of basic healthcare facilities.