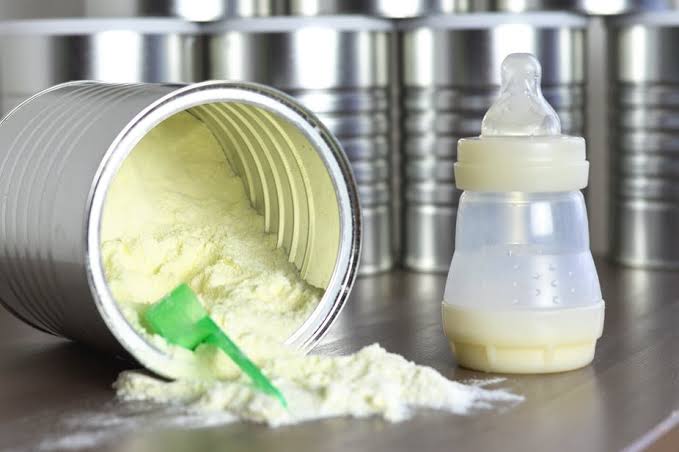 The provincial government has banned the distribution, marketing, and sales of formula milk, leaving no choice for new mothers.

In a notification issued by the Khyber-Pakhtunkhwa (KP) Directorate General Health Services, it is stated that formula milk is ‘injurious to health’ hence directed all district health officers to stop its sales immediately.

The notification is issued under the KP Protection of Breastfeeding and Child Nutrition Act, 2015, that called for the provision of healthy and adequate nutrition for infants and children.

Formula milk is consumed by newborns and infants as an alternative to breastmilk, or when the mother is unable to produce milk for her baby. In same cases it becomes a necessity if the baby refuses to breastfeed.

The notification said that a Covid infected mother could breastfeed her baby after taking all precautionary measures. It was urged that the mother should use a facemask while feeding the baby.

The health directorate has also asked the public to promote and protect breastfeeding and to discourage the marketing of formula milk.

Assistant Commissioner, Peshawar Fazal Rahim, said that the district administration is taking strict action against the sale and marketing of formula milk.

He said that the police have arrested at least 45 people for selling formula milk. Despite this formula milk is still available in the market and is being sold to consumers. The shopkeepers and marketing officers of formula milk companies told Voicepk.net that they have not received any government notification banning the sale of the formula milk.

They said that if the authorities order them to stop selling formula milk, they would surely abide by it.

Medical experts have spoken against this ban however. Dr Zareena, a gynecologist told Voicepk.net that she always recommends mother’s milk for an infant, but in extraordinary circumstances, formula milk has to be used as a substitute.

“This ban should be set aside because some mothers cannot breastfeed their babies due to different reasons,” she said. “Formula milk becomes an inevitable source of food for the newborn in that case,” she said.