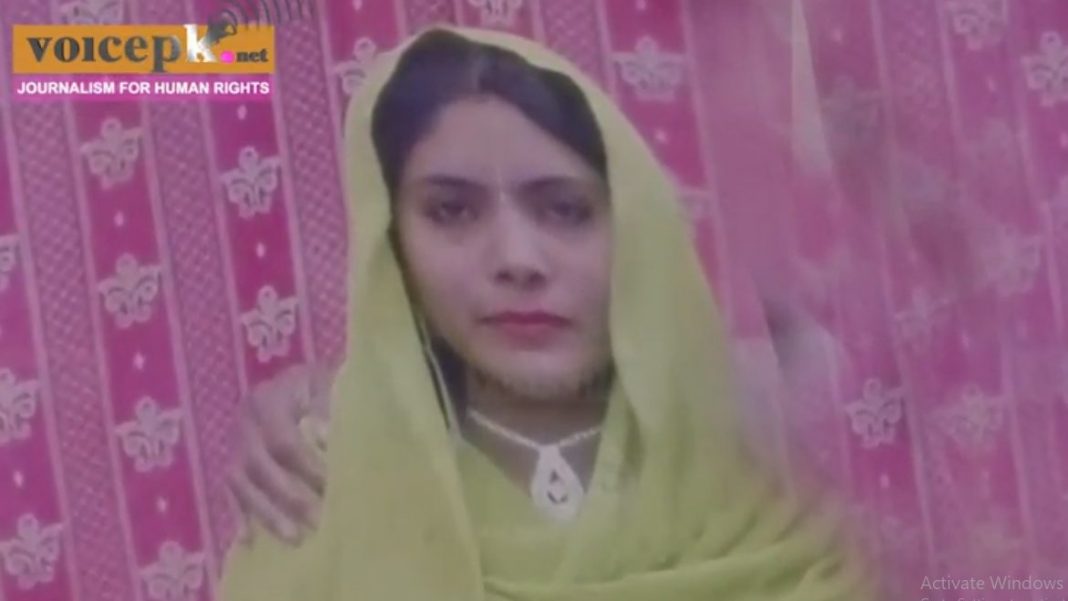 Even after 10 years of marriage, there was no stopping the man who beat his 28-year-old wife so much that she died. The incident happened in the Kot Radha Kishan area of Kasur district, where Shamim, the eldest among five siblings, was married to her cousin Javed but instead of seeing happy years with him, only suffered.

Their relations turned toxic soon after the wedding and Javed used to beat her over the most trivial of issues. There were times when Javed ended up sending Shamim to her parent’s house after he had beat her up.

According to Razia Bibi, Shamim’s mother, Javed used to punish her daughter over small matters in the cruelest of ways.

“My daughter was very courageous. She didn’t tell us about her suffering because she didn’t want to make us worry,” said the widow.

Even Shamim’s neighbor said that Javed commonly resorted to severe torture and because of that Shamim had lost her eyesight.
When inquired about the reason for such brutal behavior, Razia Bibi said that Javed wanted to marry again for having children.

“Shamim gave birth thrice but none of the babies survived,” Bibi said. “That is why he wanted to marry again and I even permitted him to do so. I told him that I could easily take care of my daughter. Despite this, he continued to torture my girl.”

On May 26, Javed beat and tortured Shamim to such an extent that she became unconscious, after which he quickly left her at her mother’s house and fled. Shamim was admitted to the hospital in a critical condition.

Her brother Badar Hayat told Voicepk.net that they filed an application in the local police station to lodge a First Information Report against Javed but the police did not take action on the matter.

Shamim succumbed to injuries in the hospital on May 31st but the police still did not register the FIR allegedly due to political pressure.

Instead of burying Shamim’s body, her family placed the dead body on the main highway and blocked it. They demanded that they would bury the body only after registration of the FIR.

The protest continued till midnight and was called off only after the assurance of District Police Officer that justice would be served.

On the orders of the DPO, the police have registered the FIR and arrested the accused on the charges of murdering his wife.

In Pakistan domestic violence is common but has become even more so during the lockdown. Most of the time little legal action is taken against the culprits because of political pressure or because of family pressure.

The Violence against Women Act has been criminalized by Punjab Assembly in 2016 but still, the police hesitate to interfere in such issues and ask the parties to resolve the issue themselves.