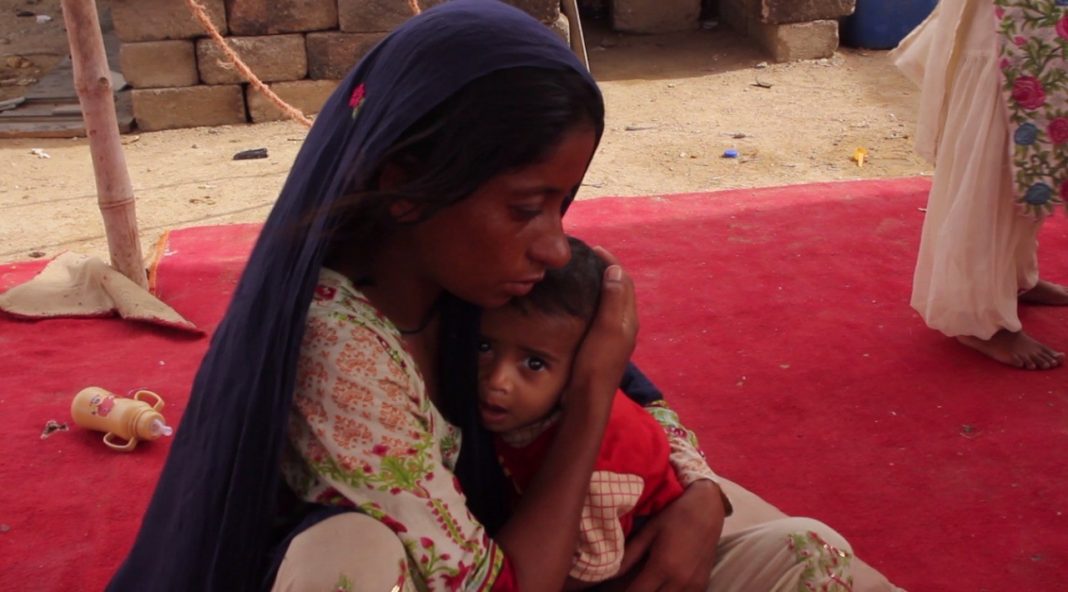 Published on June 16th, 2020
By Shere Azam from Karachi

The evil of child sexual abuse hit a neighbourhood in in Gulshan e Hadeed Karachi once again after a seven year old child was sexually assaulted and killed brutally afterwards.

Even a week after the incident, the people of the area are upset over the tragic incident.

The mother of Ali Dost, the child who was abducted on June 10, 2020, is angry and depressed and speaks through her tears as she recounts what happened. “Bring the man in front of me. I myself will finish him,” she says silently as tears run down her cheeks.  “My little boy went to find his father to tell him to get milk for me, because he knew I had tea in the morning.” Her voice breaks as she begins to cry again. “Whoever is in charge, the CM Sindh, can he not understand the pain this mother is going through? This is not just my problem….Every mother will understand this pain.”

The father of Ali Dost says that his son went out to get milk in the morning. An hour and a half later a friend who was an estate agent said that the child was found dead in an empty house.

“He told me your son is lying dead here, in this house I am showing to someone,” says Ali’s father. “When I picked him up, I saw his fragility. Someone had abused him terribly. How can the entire neighbourhood be ignorant of what has happened to my child?”

Police have arrested two people so for on suspicion in this case. Samples of both have been sent to the Jinnah Postgraduate Medical Center (JPMC) for DNA testing and the suspects are currently in police custody.
Attempts were made several times to take a version from the Steel Town Police Station and the Investigation Officer but they flatly refused to talk.

Criminologist Syeda Ayesha Rafi’s says it is because of the parents that their children have to face all this. “Parents must keep a watch over their children strictly,” she says. “The parents of our society have not taught children things properly – what is right and wrong, what is good touch, what is bad touch. Child abuse and crime is not just happening at the next door neighbour’s place, or out there. It is happening inside your own home too. This must be understood and must be talked about.”

She says it is not just children who should be given this education but also their parents.

Meanwhile Zain Haider Shah, a sociologist from Karachi, says people no longer have the fear of God in their hearts. “This is that social evil that doesnt seem to ever end from our society,” he says terming the incident extremely sad. “Even the religious education that people are receiving is not hundred percent correct. Too many people are developing attitudes where they cannot or do not distinguish between right and wrong anymore.

The family is looking to the management of Jinnah Hospital to release the DNA report as soon as possible and the criminals involved in this incident should be punished.