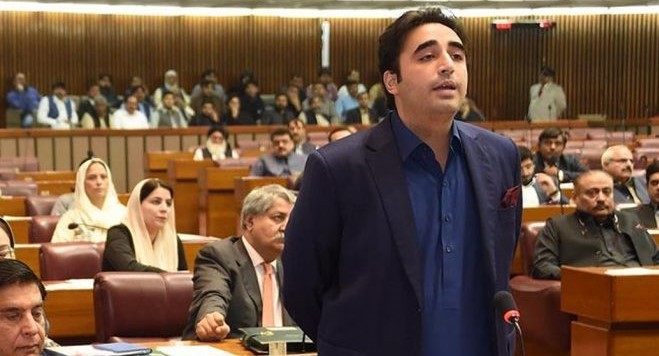 Bhutto also pointed out that Prime Minister Imran Khan was a coward for refusing to denote the same courtesy to his mother, former PPP chair and Pakistan’s first female Prime Minister of Pakistan, Benazir Bhutto, who had been killed in a suicide bombing attack by the al-Qaeda.

Bilawal Bhutto’s speech drew opposition from the ruling party, prompting Speaker of the National Assembly, Asad Qaiser to request calm. He also informed Bhutto to refrain from using derogatory remarks (especially his use of the term “coward”) against a respected member of the assembly, at which the baffled PPP chair demanded to know why he should be checked on what he says when the Prime Minister himself called a known terrorist a martyr.