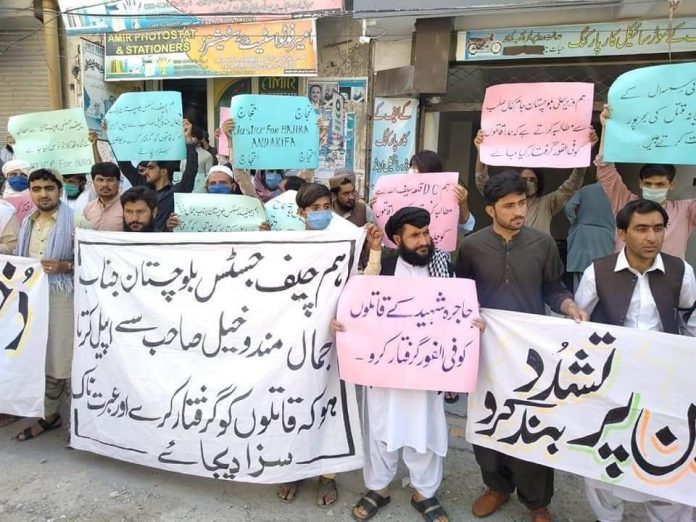 The woman was tortured to death by her husband for not giving birth to a son in subdivision Dobandi of District Qilla Abdullah.

According to details, her in-laws were taking her body for burial when her family got to know about the incident. They informed the levies about the killing, who took the dead body into their custody and sent it to Civil Hospital Quetta for post mortem.

The deceased’s family alleged that the husband Sardar Muhammad had inhumanely beaten up his wife. They said that Muhammad had also hammered a nail into her body and beat her multiple times with rod.
The victim had also given birth to a third baby girl a month earlier.

The district administration of Qilla Abdullah has registered a case against the husband. The authorities have also recovered the younger sister of the victim, who went there to help her deceased sister, from Muhammad’s house.

The Law Enforcement agencies have also arrested the accused’s father Ameer Muhmmad while Muhammad is still at large.