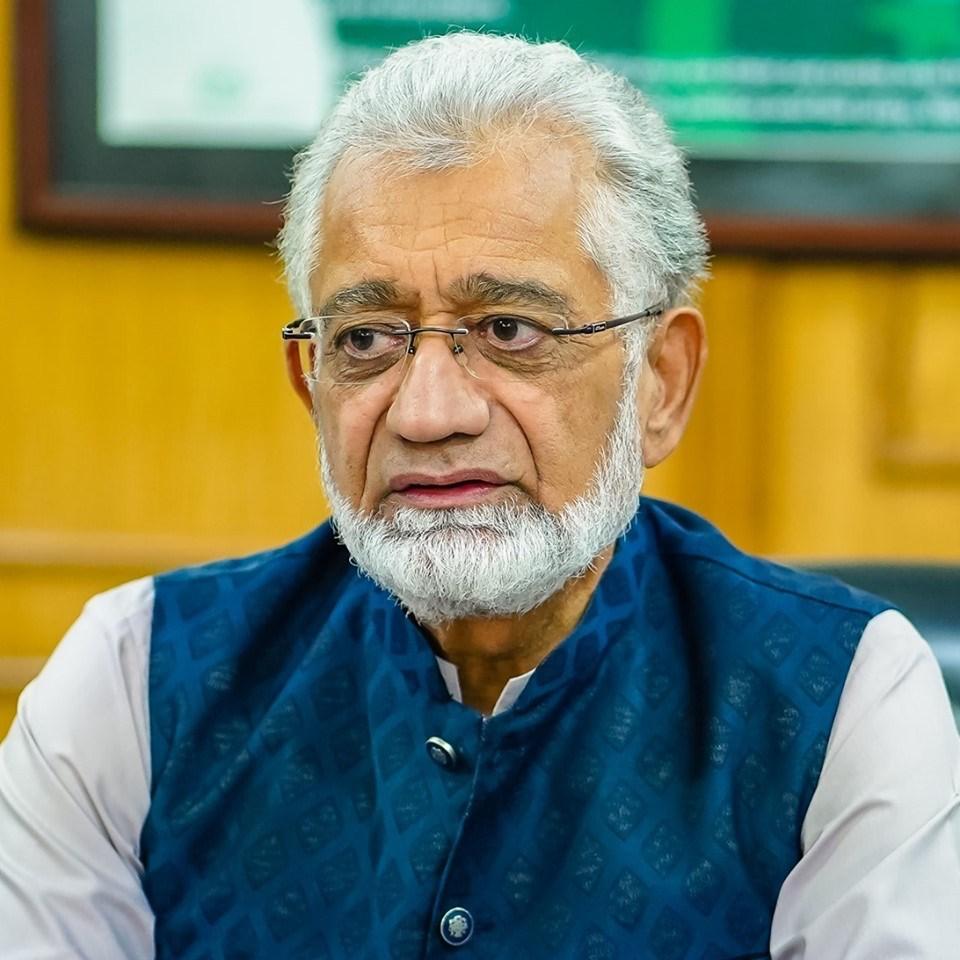 Dr. Javed Akram, Vice-chancellor of the University of health sciences (UHS) in a press conference said that the armed forces should be called in to impose a very strict curfew instead of smart or any unsmart lockdown.

In a widely attended press conference in Lahore he made the following statements:

“I’m not an economic expert and it is not my job to see how will people find enough resources during the curfew because the government has to run the country while I have to stop the spread of this disease, but in my personal opinion I think a curfew must be implemented to stop the transmission immediately. For 15 days we should implement a very strict curfew instead of smart or any unsmart lockdown and I believe our s like floods and if the PM asks the armed forces, they will help with this too. However I’m not saying we should implement some kind of martial law but we have seen how going soft on people and expecting them to follow SOPs did not work out when we see how the traders, transporters and businesses community responded to it and the experiment failed badly so in this kind of an environment we have to do it by force”

Artificial Plasma May Be Created

“Antibodies are of no use to recovered patients after two weeks hence they should donate plasma every week and the one-time process does not take more than 15 minutes, there is no blood loss to anyone who donates plasma and there are no side effects”

Patterns Of Symptoms And Morality

“Mortality rate is directly proportional to your age because the receptors through which the virus enters your body increase in numbers with time, they’re called ‘angiotensin-converting enzymes II’ and a 70-years-old person has them 4 times more than a 20-years-old person while they’re much more in smokers and people with an unstable blood pressure problems”

Learning From The Chinese Experience

“I couldn’t believe what Shanghai university’s president told us in the presentation because their healthcare workers were equipped with a great care strategy, all the required tools, and 7 layers of protection for each one of them. Healthcare providers are not even safe with an N-95 mask”

Let’s Not Rely On Vaccines

“There have been 23 serious attempts to create vaccines, even when half of them were made but couldn’t live in bodies for too long”

“Weddings, funerals and hugging each other are now a part of the history”

“I request and beg people to not wait for tests if a single person has tested positive or even felt symptoms, just isolate!”

“Testing is only useful for research on public health purposes now”