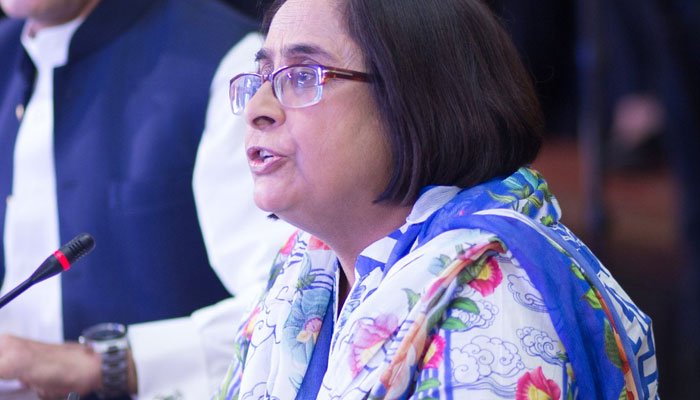 Provincial health minister Dr. Azra Fazal Pechuho cautioned that very soon the country’s health system will be choked, unable to deal with thousands of people who may fall prey to COVID-19. In a scathing criticism of the Prime Minister’s decision to ease the lockdown, she said, “ This health crisis has spiraled out of control. If we had implemented a strict lockdown we would have been able to battle with this pandemic.”

The provincial health minister Dr. Pechucho regretted that people did not follow SOPs laid out by the government during Ramzan or Eid holidays. She lambasted Prime Minister Imran Khan and said that he has not taken the danger posed by the virus seriously, “When the Prime Minister sits with fifty other people without a mask what kind of message is he giving to the country?” she said regretting that people were taking a cue from the Prime Minister and not wearing masks in public spaces.

Dr. Pechucho raised alarm when she told the Sindh Assembly that she feared that thousands of people will die of COVID -19 in the coming days. She said that the Prime Minister had misled the country by saying “ Don’t fear the coronavirus fight it.” She said we are fighting this pandemic without any weapons or strategy. Dr. Pechucho accused the PTI government of putting thousands of lives at risk by easing the lockdown at a time when Pakistan was reaching its peak. “ The PTI government wants that thousands of people die of COVID-19,” she said exasperated and added, “ in order to fight the disease we had to prepare ourselves and the health system and go for a lockdown, but we did not do that.”

The PTI government has justified easing of restrictions by claiming that otherwise people would starve to death and the economy will be badly affected, causing unemployment and more poverty. But the Sindh government has always maintained that battle against the pandemic should not be conflated with rescuing people from hunger. The provincial health minister closed her speech with a strong remark against Prime Minister Imran Khan, laying the blame of the current crises squarely on his shoulders“ The Prime Minister made this about the economy, how will you save the economy when people will die like flies due to the virus? The economy was going for a nosedive anyway. A selected leader has brought us to this point where we are going to have a crisis in our health management system all over Pakistan not just in Sindh. We will all have to suffer because of one Prime Minister who did not take the right decision at the right time.”