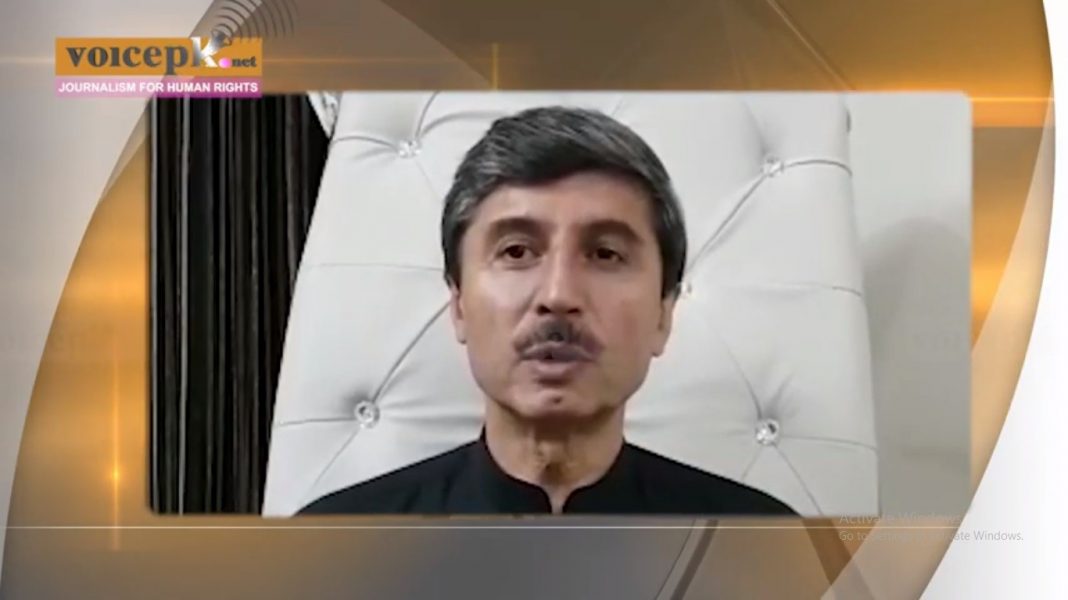 “Pakistan is a federation based on nations including Pashtuns, Baloch, Sindhi, Seraiki, and Punjabi. The constitutions of 1973 lacked provincial autonomy hence after a long struggle of about 60 years by nationalist movements and democratic parties through the parliament, the 18th amendment was unanimously approved.
In the 18th amendment of 2010, other than providing provincial autonomy the control of all subjects except 4 has been given to the provinces. This not only satisfied the provinces but also gave the people of those provinces their rights. Because 99% of the population resides in federating units while only 20 lac people reside in Islamabad with the area of 20 km sq.
Since day one of the 18th amendment being unanimously passed, conspiracies started taking place against it.
Previous and the current have been violating the 18th amendment of Pakistan’s constitution. Instead of devolution of power, alternative ministries have been created.
The assets of dissolved ministries after the 18th amendment, have still not been handed over to the respective provinces.
So far, not even 50% of the 18th amendment has been implemented.
The military establishment told some senior anchors that the 18th amendment needs to be altered but they brought it up on the media.
Provinces should get more share in the NFC award instead of the federal government because the provincial governments are dealing with the whole population and all its issues.
The share of NFC awards should be determined on how underdeveloped the area is and how much land it covers instead of how much population it holds. It should not matter which less developed area belongs to which federating unit.
Comments against the 18th amendment and the NFC award can be very dangerous for the country. I just want to say that if anyone tries to alter this amendment further, the Pashtuns, Baloch, Sindhi, Seraiki and the people of GB will strongly resist. And as we know that the federation cannot afford such resistance right now because there is no political and economic stability while the foreign policy has also failed.
PKMAP strongly condemns any efforts made against the 18th amendment as it was achieved after a very long struggle of the democratic forces.
Another issue is that the senate, the house of the federation, should have the same powers as the national assembly with equal representation.
Under this controlled democracy, the government of Imran Khan has been imposed on us. Any government needs an absolute two-third majority to make such an amendment but the current government does not even have a simple majority in the parliament.
This government is being put intact by doing people favors, bribing, and making them offers hence it is impossible.
But according to my sources, the establishment is planning to make the amendment happen in the future by getting people from different parties on board. If the political parties come together, people of all ethnicity will oppose them. And nobody will be able to deal with that chaotic situation. Hence, everyone must obey the constitution.”