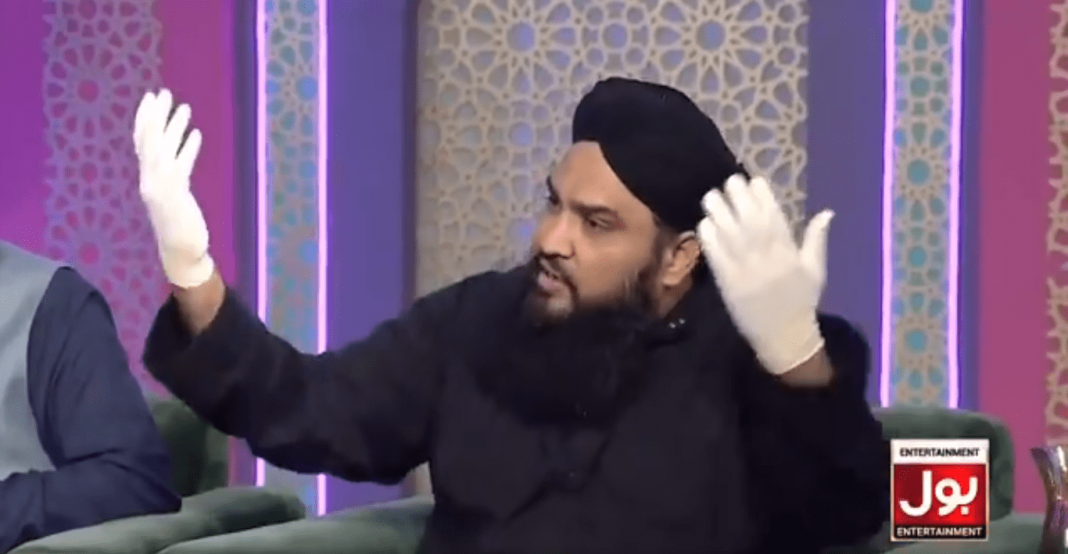 BOL TV became mired in controversy, accused of promoting sectarianism and hatred against the Shiia minority community when a clip from the channel’s daily Ramzan transmission went viral. In the May 19 broadcast of Ramzan Mein Bol, hosted by anchorperson Kiran Naz, the program had invited a group of clerics among whom renowned Shiia scholar and cleric, Allama Zameer Akhter Naqvi, was present as the singular voice of the minority Muslim sect on the panel.

The discussion soon became heated when the Sunni clerics demanded Naqvi clarify the Shiia community’s stance on the Prophet Muhammad’s (PBUH) companion and first caliph, Hazrat Abu Bakr Siddique, in an aggressive and insulting manner. During the debate, Naqvi was forced to abruptly leave in the middle of the broadcast.

Whatever happened on BOL TV, was awful, in such a blessed month, clerics should have been hearing out the issues of people and guiding them as per shariah.
But BOL literally spoiled that vibe by igniting sectarian argument.

The Shiia community is an already much-persecuted minority in Pakistan. Sunni-Shiia violence is an all-too-common occurrence in Pakistani society, which is why the incident that occurred on Ramzan Mein Bol sparked widespread criticism online. Social media commentators questioned why the producers, TV crew, or host of the program did not intervene before the discussion could turn ugly. Moreover, the program continued to broadcast the controversial moment uninterrupted, right up until an exasperated Naqvi finally got up to leave mid-transmission.

Twitter users had accused the TV channel of “orchestrating” the incident via the hashtag #BolPromotingSectarianism – disagreements between religious sects tend to escalate in Pakistani society, and the fact that Naqvi was the only Shiia cleric on the panel was a deliberate attempt to outnumber and skew the discussion against the minority community. Allegations that the segment was aired to generate ratings were also levied.

Per the fundamental principles contained in the Pakistan Electronic Media Regulatory Authority (PEMRA)’s code of conduct for electronic media licensees, content which “passes derogatory remarks about any religion, sect, community or uses visuals or words contemptuous of religious sects and ethnic groups or which promote communal and sectarian attitudes or disharmony.” Furthermore, under the terms and conditions for a PEMRA license, channels must ensure that its programs do not contain religious discrimination and sectarianism.

Bafflingly, however, the program was not only allowed to air despite these violations but the channel or program has yet to be penalized for the controversial bit. As of this report, BOL TV and the show’s host Kiran Naz, are yet to issue any official statement or apology regarding the incident. Senior BOL TV journalist, Sami Ibrahim, declined to comment when sought out by voicepk.net.