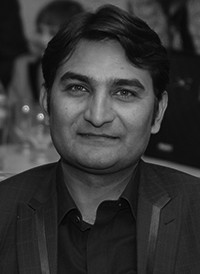 The writer is an advocate of human rights. He can be reached sun4hr@gmail.com.