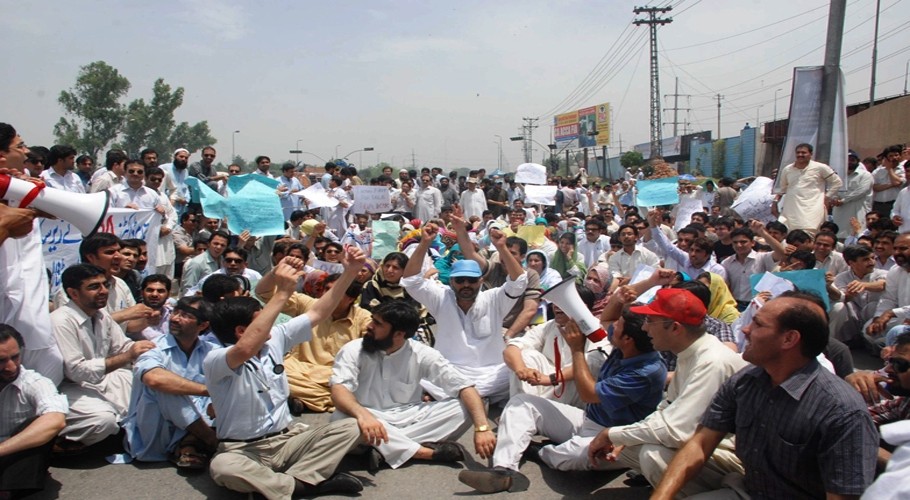 The frontline of health workers in Balochistan has been largely affected by the COVID-19.

At least 92 doctors and more than 100 paramedics have already tested positive.

Ilyas Baloch, a doctor from Balochistan who recently recovered from COVID-19, told voicepk.net how difficult it is to stay away from your family and children while being in isolation.

“If you mentally prepare everyone to deal with it as a collective effort then you can fight it because the human mind is strong enough to handle it since nature has given us resilience” he added.

Baloch also emphasized how it is important to think positively in these difficult times.

A few weeks ago, the Young Doctors’ Association had to protest due to the unavailability of protective gear for health workers, and dozens of them were also arrested for agitating.

Their demands included that the government provides them with PPEs so that they can tend to patients of COVID-19 while taking care of their own safety.

Dr. Syed Bilal Shams spoke to voicepk.net about the rapid spread of COVID-19 in the province, saying the number of testing is very low.

He said, “local transmission has increased and a large number of doctors, paramedics and nurses have been infected but the province still does not have sufficient testing capacity”.

Dr. Shams says monitoring should increase and doctors and experts should be involved in drawing a strategy to fight the pandemic.

At least 34 journalists have also tested positive while the provincial government has now adopted the policy of a ‘smart lock-down’ which allowed many businesses to reopen.