Voicepk.net
Home Uncategorized Why Does The Government Want To Roll Back The 18th Amendment? 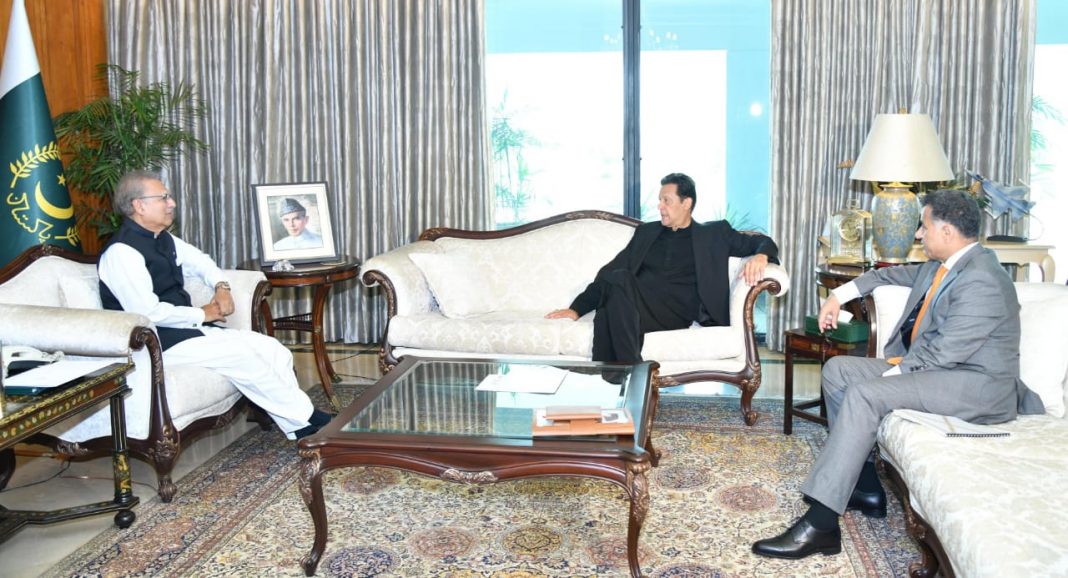 The opposition has reacted strongly against recent remarks made by several key ministers of the ruling PTI on amending the 18th Amendment. The Opposition is suspicious of the government’s ministers of initiating a debate at a time when parliament is closed and the country is in the midst of battling the coronavirus crises. Several opposition leaders, including Bilawal Bhutto Zardari and Ahsan Iqbal, have questioned why the government chose to tread the subject when a two-thirds majority is required for any its to be made to the 18th Amendment.

Federal Minister for Planning, Development, Reforms, and Special Initiatives Asad Umer was the first to approach the matter during a talk show aired on a private television channel. Since then, several key PTI members and supporters have insisted that there are no such plans of rolling back the 18th Amendment, and neither does the federal government have any intention to do so.

Former President of Pakistan Wasim Sajjad of the PML-Q, who was one of the committee members that legislated the 18th Amendment in 2010, believes that this debate will lead nowhere.

“The 18th Amendment is not just a singular amendment, it is a series of amendments to provincial powers, the judiciary, the election commission, and what have you,” he explained. “No one knows what exact problem the government supposedly has with the 18th Amendment, nothing is clear. All this talk on this legislation is up in the air. And since it is apparent that the federal government does not have a two-thirds majority, they cannot possibly push for any new amendments,” explains Sajjad, a former Senator, and lawmaker.

On the other hand, MNA and senior leader of the Pashtun Tahafuz Movement (PTM), Mohsin Dawar, stressed on the importance of the 18th Amendment and warned that the federation will crumble without it.

MNA Nafisa Shah of the Pakistan Peoples Party, who was also among those who drafted the Amendment, alleged that the federal government deliberately sparked a debate on the 18th Amendment to de-emphasize the success of the Sindh government’s strategy in curbing the spread of COVID-19 and gloss over their own failures in the battle against the pandemic.

“When the federal government could not reach a consensus on the strategies needed to mitigate the virus, how will it reach any consensus on other issues? The debate on the 18th Amendment is just a diversionary tactic from the federal government’s own failures,” she said. “The 18th Amendment is a roadmap to democracy, it has secured democracy for us for the past 12 years and strengthened the Constitution of Pakistan.”

Former ANP Senator, Afrasiab Khattak, who had worked on the Amendment, stated that anti-democratic elements have been attempting to rescind the legislation for years, and now only these elements have become apparent.

“The 18th Amendment was the cornerstone of Pakistan’s transition to lasting democracy and to a grand national consensus,” he stated. “Any attempt to repeal the Amendment is an attempt to uproot democracy.”

Last year in a significant move, the Supreme Court decided to give control of Sindh’s three major hospitals to the federal government. The decision was labeled as an attack on the 18th constitutional amendment by PPP chairperson Bilawal Bhutto Zardari. The PPP has been suspicious of the court’s ruling and sees it as a clandestine way of curbing provincial autonomy.
Haider Kaleem tweets at @HaiderKaleemB