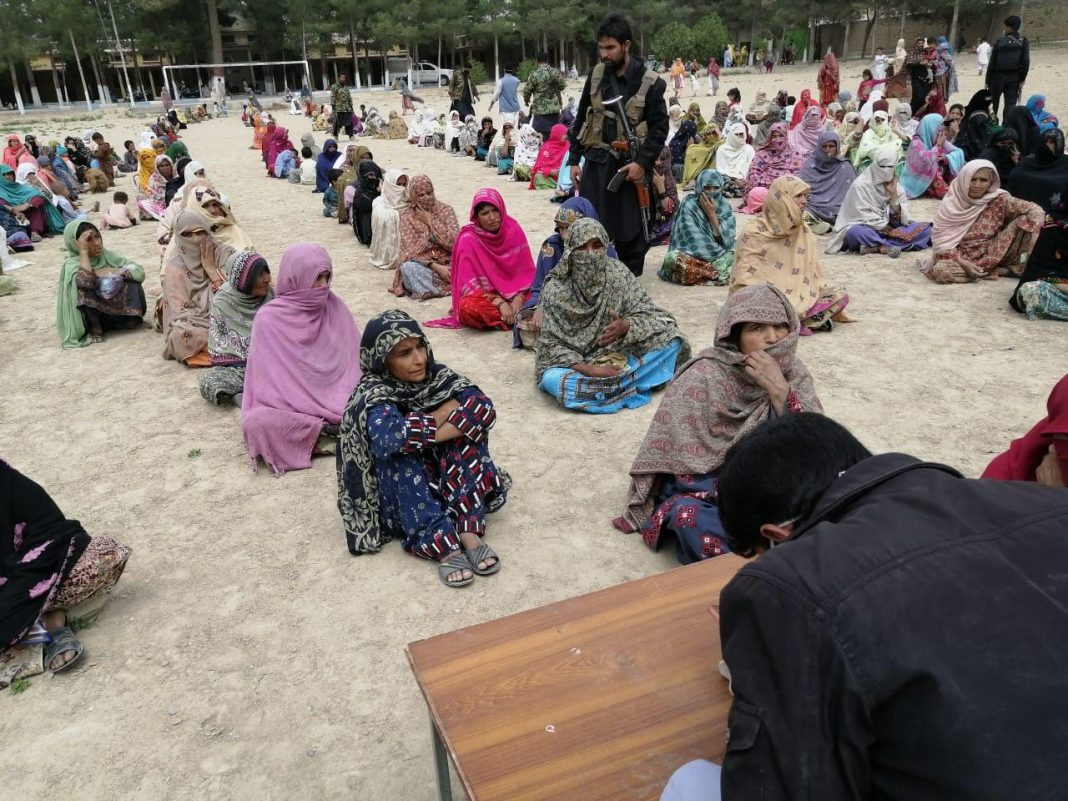 The PM’s Ehsas Programme has come about with gusto, yet those who are at the collection points tell of extremely bad management, and lack of safety measures which they must face. Is the misery of those in need, actually being alleviated or are these problems just the beginning of more?

The Prime Minister’s financial aid program meant to provide relief to the working class during the COVID-19 lock-down has faced intense criticism ever since it kicked off.

According to the Ehsaas Emergency Cash Programme, a total of 144 billion rupees is to be distributed to around 12 million deserving families by the first week of May. The process is being carried out with the help of NADRA’s software and an already existing record of the Benazir Income Support Programme (BISP).

But while BISP had an existing mechanism and a proper framework to distribute cash among the five million registered women, the current government is using a new procedure for carrying out the aid delivery program which is estimated to be reaching seven million more families than BISP.

Under this new procedure 17,000, Ehsaas cash points have been set up by the Government across Pakistan and its administered areas. The beneficiaries will have to go to one of their closest Ehsaas cash points to receive their amount. But during the current lockdown period, this process will prove to be extremely difficult in maintaining social distance. At the same time, the women recipients have to reach there without the availability of any public transport.

Sitting inside one of these established cash points, Asifa says that while she had registered for the Ehsaas program since the very first day, she has only received money under BISP. “No compensation has been released for us under the Ehsas Programme,” she says. “Instead we are only being degraded like this despite losing our livelihood.”

As she waits in the small, crowded room of a government school, so do hundreds of other women.

“I have received no help from Imran Khan’s government so far,” she complained.

“My grandson is disabled. His parents used to work as domestic helpers but have no work since the lockdown,” says a 60-year-old woman. “We did not even receive last month’s installment of BISP.”

Rafia, 34, standing with her BISP card along with her CNIC waiting to receive the Ehsas cash expressed her worry about what would happen next.

“We live in a rented house and are now under lockdown with no work and we did not receive the last installment of BISP either, nor did we get any message response from the Ehsaas Programme.”

“I waited outside for hours on the first day and now I am here once again since 7 in the morning,” said Iftikhar, a mask hanging from his face, as he stands under the sweltering sun outside the Ehsaas cash point. “I have no idea what is going to happen. I do not understand where to go now, and why we have to face such difficulties.”

Apart from Iftikhar, several others are waiting outside different Ehsaas points. They also complained about not receiving their last installment of BISP, and are now being called to wait at these Ehsaas points in badly managed circumstances.

In an even more surprising move, police officials present outside told Voicepk.net that the Government has passed orders not to let any media personnel inside the cashpoints.

On April 10, Nazarian Bibi was killed during a stampede as money was being distributed at the Ehsaas cash point at MA Jinnah School, Multan. At least 20 other women were injured in the stampede before ambulances arrived at the scene.

Besides the issues of management, little or no social distancing is being observed at many of these Ehsaas cash distribution points, even though this remains one of the most important measures to contain the virus.

According to the Chairperson BISP Sania Nashtar, Rs16.58 billion have been distributed among 1.38 million families who have received cash amounts from the Ehsaas Emergency Cash Programme in less than 72 hours since it started.

So far it is estimated that more than 62 million people have applied for financial aid through an SMS.