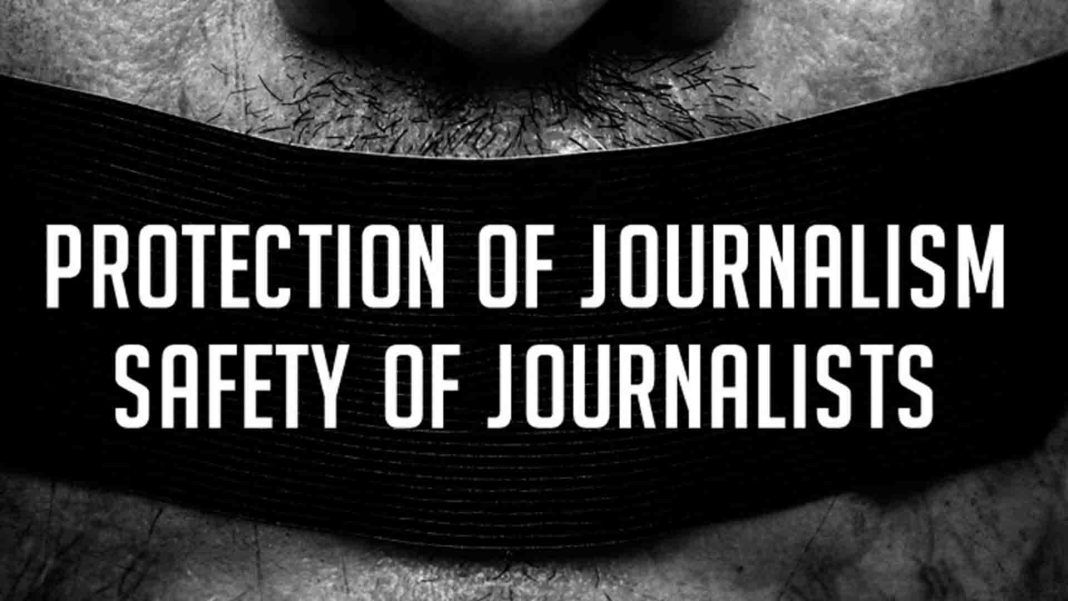 Editors for Safety (EfS) has welcomed the Ministry of Human Rights’ landmark “Protection of Journalists & Media Professionals Bill 2020”, aimed at ensuring the safety and security of journalists. The EfS urged the government to immediately present the undiluted version in Parliament. The federal cabinet may combine the Ministry of Human Rights’ bill with another, separate bill prepared by the Information Ministry.

The Bill guarantees journalists right to life and protection (against ill-treatment). Under the ‘Journalists Welfare Scheme’, each media owner is to produce a comprehensive safety policy and protocols for journalists

Under the provisions of this Bill (should it pass and become an Act), an independent commission will be formed for the protection of journalists. Furthermore, counter-terrorism or national security laws cannot be arbitrarily imposed on journalists, such as arrest or detention.

The Bill ensures that the government will try to stop ‘enforced disappearances’, kidnapping or abduction of journalists, allowing them to work without threats, harassment or fear of persecution or targeting especially in conflicted areas  They will be protected from all forms of violence and exploitation by any individual, institution (private or public) or authority. No threatening, or coercive acts against journalists shall receive impunity and will get immediate and effective investigation.

The Bill guarantees that journalists cannot be forced to disclose their sources – they can can perform with independence. The Bill urges for ‘Good faith’ obligation of journalists to stop dissemination of material known by such an individual to be false or untrue.

Once approved, the Bill will help Pakistan maintain its GSP Plus status which allows low or duty free exports to the EU.