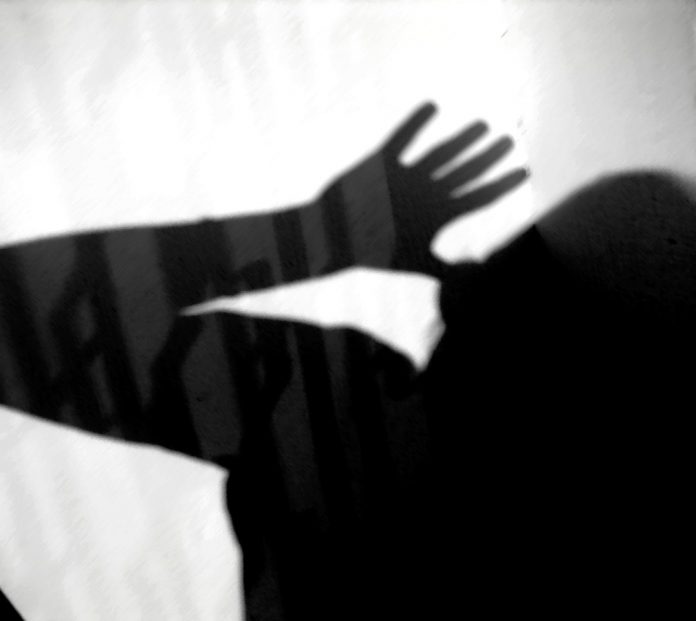 It was four in the evening when 15 year old Maria Jalal, was alone at home, and she heard a knock at the door. Making her way to the front door, she assumed it must be her mother. But what happened next would change her life forever.

Outside 25 year old Muhammad Sajid, stood saying he had come to collect the family’s dues.

Sajid came every month for the monthly installment of Rs1500 – the repayment of a microfinance loan totaling Rs30,000.

Nasreen Bibi, 48, a sweeper at the Municipal Co-operation and her electrician husband Jalal Masih, along with Maria’s 19 year old brother Shahid struggle to bring in enough wages to feed the family. Maria herself is uneducated and the youngest of the four children.
In more ordinary circumstances, Sajid would arrive before 3 pm, as the family would be home. As fate would have it, or perhaps as pre-planned by him – on 9th June 2019, he came around later than usual.

Maria’s mother, Nasreen Bibi (48), had to go to a funeral, and could not wait around for Sajid any longer. Leaving instructions with her young daughter, she left.

Maria told Sajid to wait at the door while she went inside to bring him the money.

“I told him this but instead of waiting, he said to me that his officer needed to speak to him about something, and that I should come around to the street corner where he was standing,” remembers Maria.

In her naivete, Maria followed him outside at once. She had not gone far when she noticed that the streets were empty and no one else was around. Round the corner outside a white Suzuki Bolan van, stood four middle aged men. Before she knew what was happening, they grabbed her at gunpoint, dragged her into the van, with Sajid’s hand tightly clamped over her mouth, muffling her frightened screams.

Maria’s eyes mist over as she remembers the scene.

“I did not keep time, but roughly after 15 minutes they stopped the car, and I was taken from the van into a building,” she said. “It was a large and dark, carpeted room. I was still screaming and crying, and the more I did so, the more they slapped me to keep me silent. I instructed to obey them or be killed.”

Maria says she did not recognize any of the men apart from Sajid. Then she refuses to speak anymore. Her eyes glaze over and she looks away.

“Sajid ripped her clothes off and the four men repeatedly raped her all evening, all night and again in the morning,” says Mehwish, adding that the men were drinking too and tried to force her to drink some too. BACA, whose headquarters are in London, has been at the forefront in trying to provide justice to Maria.

“When I met her she would not speak to me,” says Mehwish. “She was suffering intensely and she was ashamed of her ordeal. But after she established some trust, she told me things that make me stay up at night. She told me that she remembered lying naked on the floor as the men smoked and drank alcohol whilst taking turns to rape and abuse her, beating her more if she tried to resist. The men, punched and slapped her, spat on her while abusing her and laughed at her, forcing her to do whatever they wanted.”

As the men got more and more drunk, they yelled at her for being a Christian and “worthless” and added that if she told anyone what had happened they would kill my entire family.

“All I did was pray,” says Maria. “I blanked my mind but I was terribly scared.”

The next evening as the five men finally tired themselves out they ensured Maria had a bath, (did not even let her shower in private), dressed her up and dropped her outside a church near her house. It was dusk when she got back, and it was getting darker.

She had fainted, because someone picked her up and brought her home. When she came to, she found her mother crying and her aunts and uncles staring at her questioningly.

The first premise was to blame her. As if to continue her ordeal, Maria found herself being interrogated sharply by her own brother.

“Why did you elope?” he yelled but before she could answer, her uncles started beating her up claiming that she had bought ruin to the family’s honour.

In her trauma and fear, Maria did not say anything in her defense, so she did not stop the beating.

“All I could think of was that Sajid and the others would kill my family if she revealed the truth,” she says. Finally, she collapsed again, and her mother took her inside the bedroom and sprinkled water over her face to bring her round.

Alone now with her mother, Maria burst into tears and pleaded with her not to distrust her. She had done nothing wrong. She then told her the whole story.

It felt like a mountain had crumbled down on the family as they were stuck between the girl’s misery and pain, and how the others would think of them.

“It took them five whole days to realize that the right way to go forward was to try and access justice for Maria,” says Mehwish.

Later that day on June 15, 2019, Maria’s father and some other elders of the family found the courage to report the incident to the Ferozewala police in Sheikhupura – six days after the event.

At first the police did not cooperate. But on the intervention of the Minister for Human Rights and Minority Affairs (HR&MA), Ejaz Alam Augustine the police lodged a First Information Report (FIR).

“If I had not intervened, the police would not have filed the FIR,” said Mr Augustine, while speaking to Voicepk.net. “I had to push them hard – one of the suspects were arrested from Kashmir!”

Mr Augustine laments the bad attitudes of the police, saying nothing will change unless they are trained properly.

“There is no use of changing uniforms, that is not what the police needs,” he said. “What we need are police reforms.”

He said the police had been also pushing the family to make peace with the culprits, until Mr Augustine came down the police station himself to make the police lodge the case.

The identities of the four men were shocking. When Sajid was arrested from his house the following day, he named the others. Two of them were from the law enforcement, including a policeman Mobeen and a Dolphin Police Officer Yasir, while the other two were named as Mohammad Imran and Jamshed. They were arrested three to four days later.

Identifying the men was another problem altogether.

“I had to enter a room with all the suspects lined up in front of me,” said Maria. “All had been charged with rape and kidnap offences. Standing just a few feet away from them, I had to stare at their faces – the faces of the men who had threatened to kill me for divulging the crime – and point out who was the criminal.”

The men have been arrested and bail was refused, adds the Minister.

Meanwhile the BACA in order to protect the family have moved them to a safe house.

Apart from the rape case, the BACA is also trying to have an online petition signed in order to improve the identity parade protocol for vulnerable witnesses and to review existing laws and practices to reduce rape and kidnap (click here).

Initially Nasreen was not allowed to enter the police station cell during the process and only a male social worker named Muhammed Shabbir accompanied Maria.

Worse still Maria had to stand before her rapists (with no protective barrier or screen) with only a headscarf wrapped around her, pointing them out with her finger as directed by the police.

“It was really painful describing everything but I am glad I did it, because it helped put those criminals away,” she says. “I hope no other girls have to suffer what I did.”

Maria’s rape experience has left her physically sick. She has been constantly suffering from various illnesses, bad dreams, and anxiety.

“Sometimes I wake up in the middle of the night sweating and frightened,” she says. “The men’s faces hover over me. I can’t tell what is real what is not.”