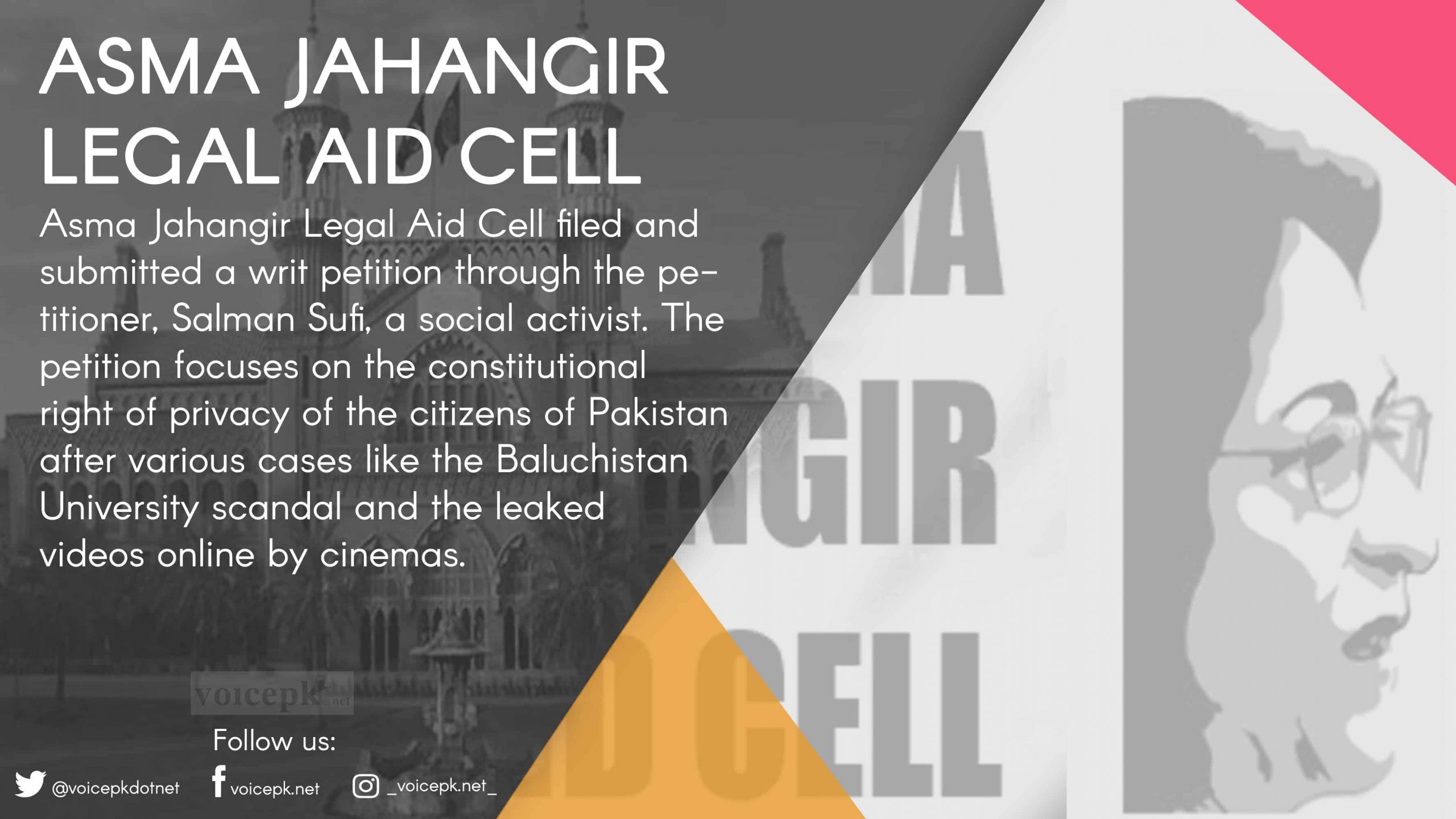 On the 5th of December, a writ petition was filed and admitted by Asma Jahangir Legal Aid Cell through the petitioner, Salman Sufi, a social activist. The petition focuses on the constitutional right of privacy of the citizens of Pakistan and the responsibility of the state to protect its people in light of various incidents that have breached the privacy of individuals and has caused immense psychological and physical damage to the victims. The petition draws from a variety of cases including the video leaks from the Rawalpindi internet café where couples visited frequently, the Levi’s outlet where an employee had installed his phone in the changing room for voyeuristic purposes, the misuse of the safe city project and the sexual harassment scandal at the University of Baluchistan after videos of students were secretly recording in changing rooms and used for blackmailing. Quite recently, another case erupted on social media where local cinemas released secretly captured videos of citizens in compromising positions with night vision cameras.

These incidents are an infringement of the constitutional rights of privacy in Pakistan as stated in Article 14. The petitioner has asked firstly, for the recognition of the right of privacy as per the constitution and secondly, the implementation of this right through legislation and rule making. The Lahore High Court admitted the case, ordering notices to be issued to all the relevant respondents. The case was presented by a High Court advocate of Asma Jahangir Legal Aid Cell, Mr. Ans Mashood. He highlighted the impact of such scandals in Pakistan where honour based violence is still rampant due to the state not doing enough to protect the constitutional right of privacy, which has greater life threatening impact on women.

The next hearing will be held on the 10th of December which is also the International Human Rights Day.

Sufi has praised the late Asma Jahangir’s contributions and long standing commitment to human rights and chose Asma Jahangir Legal Aid Cell to further this petition due to their efforts to improve conditions for women in Pakistan. The writ petition is a conscious effort to address this dire situation as it focuses on the fundamental right of privacy promised through the constitution of Pakistan 1973, whereby also acknowledging the global standards that foreign countries have achieved by practicing surveillance and safeguarding citizens’ privacy. It is high time that authorities put a stop to this, especially for the women of Pakistan.