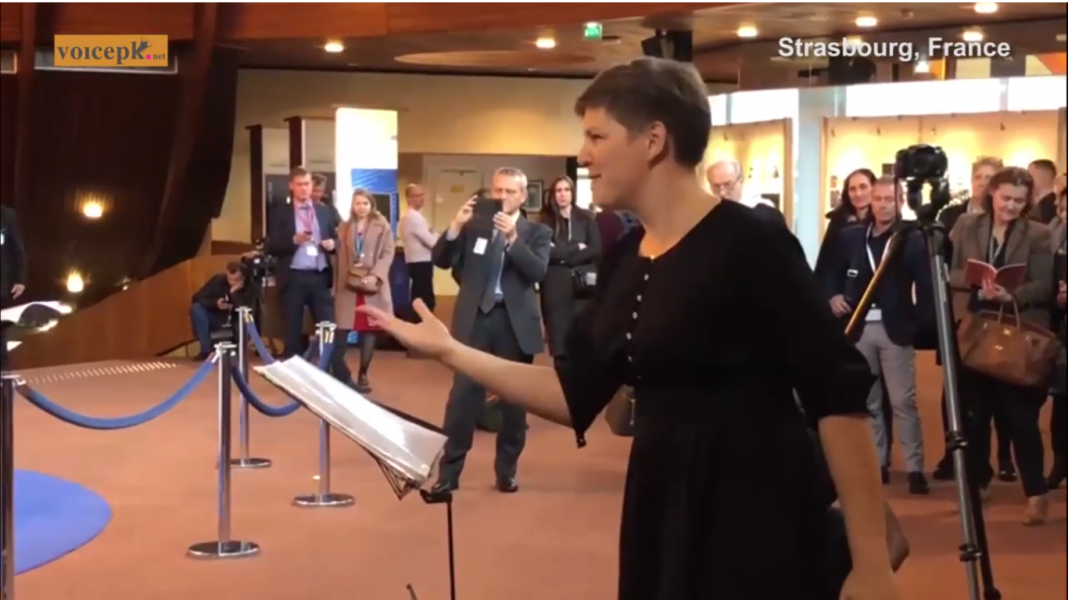 Strasbourg, France: The World Forum for Democracy was conducted from the 6th to the 8th of November this year at the Council of Europe. Journalists, activists and aspiring students, representing India, Pakistan, Syria, Turkey and multiple other countries across the globe, were in attendance.

Syrian journalist, Yasmin Meret, currently living in exile, spoke with VoicePK on journalistic integrity and duty in one of the most unstable regions of the world. She relates that very few journalists remain in Syria, though these very few are compelled to report, going so far as to hold a camera in one hand a weapon in another for their protection.

Meret further states that there are unprofessional journalists in Syria. The current regime restricts and controls media – therefore the only journalism allowed in Syria is propaganda. But that does not deter the work of responsible journalists who are dedicated to delivering the truth even at the cost of their lives.

Ironically enough, in India, a democratic nation, journalistic freedoms face curbs. Sidharth Bhatia, founder of the “The Wire” India, mentions that although restrictions are subtle, the media tends to play it safe and support the government.

While “The Wire” does independent reporting, Bhatia admits that they face pressures such as a lack of donations and funding which posits a threat to their survival. Some journalists have even lost their jobs for writing against the government. Moreover, reporting from Kashmir is made extremely difficult due to lack of internet access, and harassment and intimidation.

However, despite these grim challenges to journalistic integrity and freedoms, journalists tap their feet to the tune of hope in the World Forum for Democracy 2019 at the Council of Europe.