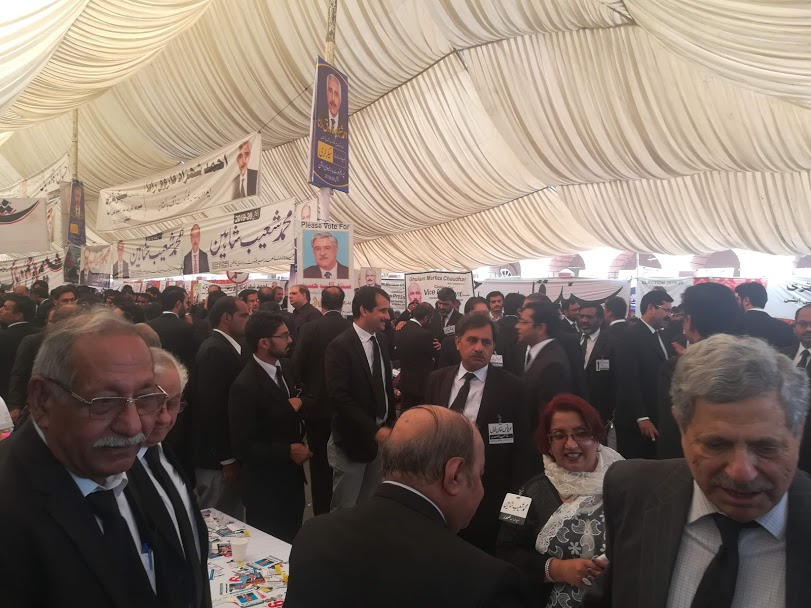 The Supreme Court Bar Elections concluded today with a landslide victory to the Asma Group candidate, Qalb-I-Hassan, as the current president of the SCBA. The Asma Group (formally known as the Independent Group) has been the face for the fight and guarantee of a free and independent judiciary since 2010, the year when Asma Jahangir made history as the first female president of the Supreme Court Bar Association. And the results of today’s elections point toward a movement toward what the Asma Group stands for – an independent judiciary – in a political environment that has seen curbs and pressures from outside and within upon advocates and judges.

How Does One Become a Supreme Court Advocate?

Every Supreme Court Advocate starts off as an LL.B graduate. After acquiring the degree, the individual undergoes 6 months of training in a Chamber of an advocate of at least 10 years standing at the Bar. This is done under intimation to the Bar Council.

After passing a written examination that can be attempted 4 times within 2.5 years, and a viva voce examination, the individual is enrolled as an advocate in the Bar Council.

Why Are There So Few Female SC Advocates?

Saroop Ijaz, a lawyer with the Human Rights Watch writes about the numerous factors that contribute to the underrepresentation of women in the legal profession including “harmful societal attitudes, harassment in the workplace, and structural barriers such as the opaque appointment process for judges”.

In our interviews with female lawyers at the SCBA elections today, several reasons were identified. This included the emotional and physical strain of the profession, which some women might be averse to, and the trend of women confining themselves to a domestic lifestyle after marriage, leaving behind their profession. But many of the interviewees agreed that advocacy, even today, is by and large a male dominated space. And because it is a male dominated space, female lawyers are faced with barriers to their professional growth and reach.

Why is This a Problem?

To this day, Pakistan remains the only country in South Asia that has never had a woman acting as a Supreme Court Judge. This is nothing short of a travesty that is also a constant reminder of the country’s failure to acknowledge gender bias and imbalance in the legal profession. According to the statistics produced in 2016 by the non-governmental Human Rights Commission of Pakistan, only 5% of Pakistan’s High Court judges were women.

While there are prominent women who head district courts, this however is not enough as none have held top positions in the judiciary. Pakistan is home to internationally renowned female lawyers such as the late Asma Jahangir and Hina Jilani, though unfortunately, the Pakistan Bar Council (a lawyer regulatory body) has never had a female member and Asma Jahangir remains the only elected woman president of the Supreme Court Bar Association. In a strongly patriarchal society, women and law do not always go hand in hand, but the countless efforts of heroic and inspiring figures like Asma Jahangir has changed perceptions all over Pakistan. Despite this, it remains incredibly difficult for women to find their place within the realm of law.

This social and cultural discrimination within the field of law is integral to this age-old bias, but it is against the Constitution of Pakistan. Article 25: Equality of citizens explains Pakistan’s obligation to uphold equal participation of women, and this is included in the international human rights treaties that the country has confirmed, as in case of the United Nations Convention on the Elimination of All Forms of Discrimination against Women (CEDAW).